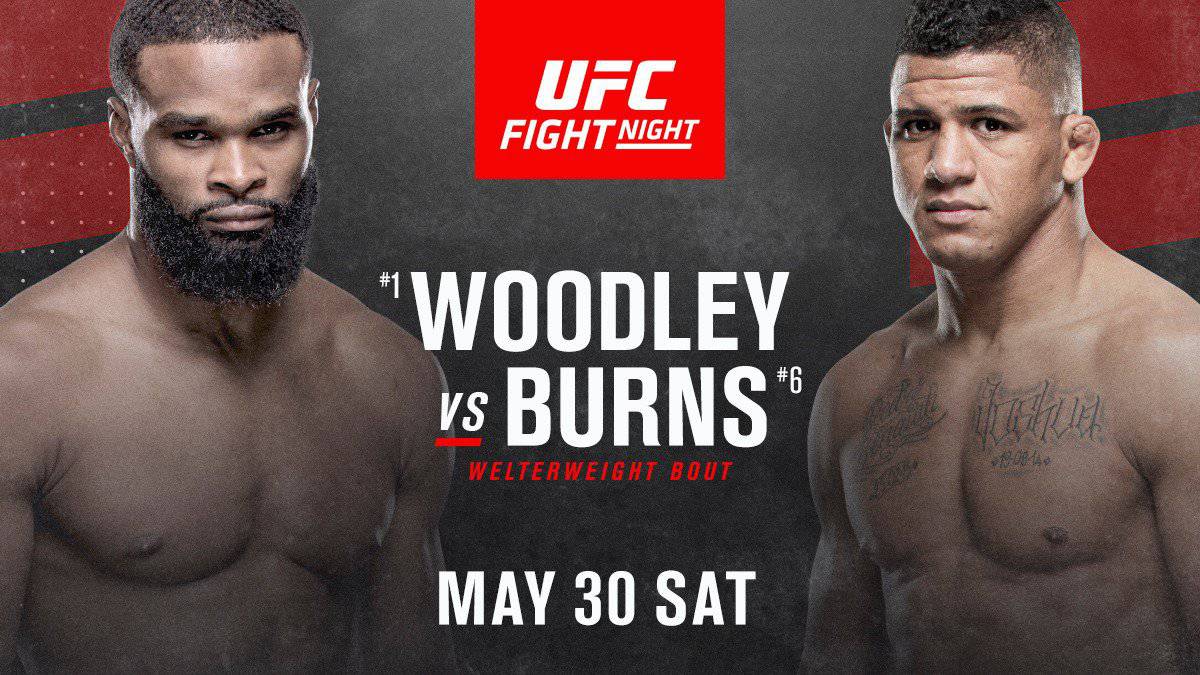 After we won’t be able to follow UFC fights live this weekend, the world’s biggest MMA promotion returns next. Although the location has not yet been officially confirmed, that is the commission’s permission is pending, a Fight Night will be held in Las Vegas on May 30, led by Tyron Woodley and Gilbert Burns, while the co-main fight should be a heavyweight fight between Blagoy Ivanov and August Sakai.

The UFC planned to hold its fourth Fight Night upon its return on May 23, but the Nevada state commission was not prepared to give permission for that date. But although there is no official confirmation yet, it seems that they will still give permission for next weekend, since Dana White has officially revealed what the program of the event, which according to some order of holding we can call UFC Fight Night 176, will look like.

The large APEX complex, already featured through the “Contender Series” show, will host a program of 11 fights, and it has finally been finally confirmed that it will be led by Tyron Woodley and Gilbert Burns. The clash of the former champion and currently perhaps the most potent fighter in the 170 lb (77.1 kg) category will actually be the icing on the cake of a very interesting list of fights, which is divided into five clashes of the main and six clashes of the introductory program.

The co-main fight will be a heavyweight duel between two also very potent fighters. Blagoy Ivanov is returning after a controversial defeat by Derrick Lewis, and he will face August Sakai, a Brazilian who has celebrated in all three UFC appearances so far.

After defeating Anthony Hernandez last weekend after only 39 seconds, Kevin Holland will perform at this event, one category lower, that is in welterweight. Daniel Rodriguez is waiting for him there. The rest of the main program consists of Roosevelt Roberts and the very interesting Brok Weaver, and the main part of the show will be opened by MacKenzie Dern with her first performance after her first defeat in career. She will fight with Hannah Ciffers.

The main fight of the introductory program brings another comeback after the defeat of the previous challenger of the fly category, Katlyn Chookagian. After she didn’t even come close to defeating Valentina, she will try to be more successful against Antonina Shevchenko. There are a few more famous names like Louis Smolka and former challenger Tim Elliott, and in the new performance we will follow Jamahal Hill.

Here is the May 30th UFC Fight Night card per Dana White (on YouTube with @Jon_Anik), which will be held at the UFC Apex pending NSAC approval. pic.twitter.com/qeaOCqmZfA