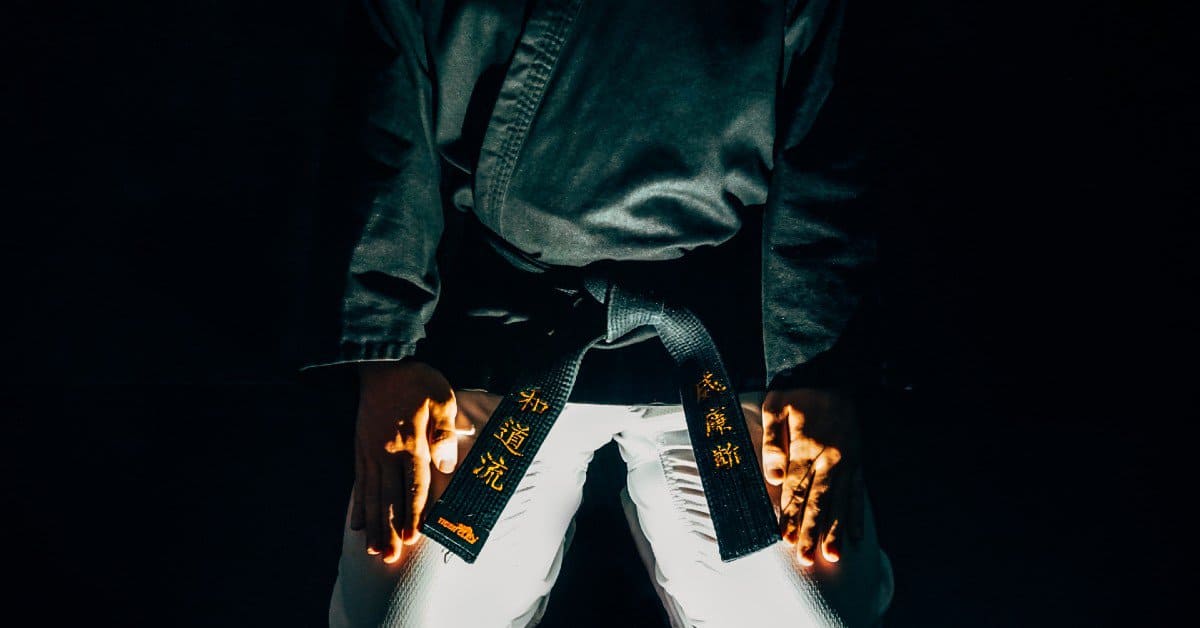 Sensei in karate is a name attributed to a karate instructor or teacher. Sensei is originally a Japanese word that means ‘born before.’ But in the context of karate, it means a teacher since a teacher precedes his or her students in terms of experience.

A person’s seniority or rank within a karate community will determine how the person can use the name sensei while addressing people. For instance, a karate teacher can’t call himself a sensei because a person can’t precede himself when it comes to experience. Kindly read on if you want to know more about sensei and the proper way to use it.

What Is a Sensei in Karate?

Just like we’ve mentioned earlier, sensei in karate is a name for a karate teacher. However, it is important to note that the name is usable only from the students’ perspective. Most of the time, people use sensei and the first or last name of the teacher they are addressing.

It takes time and great effort to become a sensei since it’s a title that saddles a person with several roles aside from teaching. In a karate environment, a sensei always occupies the leadership positions, where he serves others selflessly. A sensei tends to perform better in crucial areas of life

and faces challenges with courage.

and can render first aid skilfully whenever the need arises.

A sensei is intelligent and can contemplate circumstances to identify every possible outcome. He always considers several alternatives before finally choosing the best one. A sensei updates himself about new knowledge from time to time.

A sensei is humble, patient, and forgives easily. An ideal sensei has excellent human relations skills and treats everyone with respect. He is honest and therefore uses honorable attitudes always. He serves as a perfect role model in all areas of life. A sensei is fair to everyone and can promote peaceful coexistence.

What Is the Difference between Sensei and Senpai?

Senpai is used when a karate student addresses a senior karate student. Also, it’s proper for you to use senpai for your mentors. However, if your mentor is equally your teacher, then you must use sensei instead of senpai.

What Is a Karate Student Called?

However, you should note that gakusei and other words that translate into students are not frequently used in the karate schools, despite their correctness. Karateka

The title ‘kun’ also has some restrictions on its usage. You must never call your senior karate colleague using the ‘kun’ title. Doing so will make you assume an authority higher than that of your senior colleague, which, of course, is false. The title is majorly for boys, but you can use it for girls also. Girls are free to use the title towards boys of equal rank without implying a false meaning.

What Are the Conducts of Karatekas in the Dojo?

Dojo is the name of the karate schools. Karatekas regard a dojo as a sacred place, and therefore behave in certain manners whenever they are inside a dojo. Here are the  general conducts of ideal karaketas in a dojo:

Karatekas don’t wear shoes in a dojo, and they clean the dojo at the end of every training session. Constant cleaning of the dojo is a way of acknowledging its sacredness. Karatekas bow each time they enter or exit the dojo to show respect.

Karatekas don’t walk into a dojo while eating or chewing anything. However, they can drink water during training. Anyone who eats in a dojo violates the rules, and such a person will face punishment for the act.

Karate students don’t have the right to use the dojo outside the stipulated hours of training without seeking permission from the sensei. A karateka doesn’t use weapons or dojo clothes that another person owns.

Karate students are always punctual to lessons. If a student cannot attend the opening prayer, he or she must sit formally close to the entrance and wait for a signal of permission from the sensei before entering.

Seiza is the only correct way of sitting in the dojo, but a karateka can sit cross-legged if he or she has a disability or knee injury. However, a karateka must never sit in a reclining position or stretching the legs or leaning on the back for whatever reason.

What Are the Popular Karate Styles?

If you are aspiring to join a karate school, then you need to know the various karate styles so that you can choose the one that suits you most. We will mention some popular karate styles here and tell you their major features. Let’s start.

This style of karate uses the principles of hardness and softness. It’s a style that teaches technics like the open hand strikes and closed fist punches. Goju-ryu is very popular in many martial arts movies. Goju-ryu focuses on breathing technics

and promotes harmony between the mind and the body. Those who practice this style utilizes flowing movements, circular movements, and angular movements majorly.

Shotokan karate produces powerful punches and kicks using the upper and lower parts of the body. The practitioners defend themselves with straight line strikes and attack with various parts of the body, including hands, arms, fingers, legs, elbows, knees, and feet. Those who practice shokotan always focus on breathing, speed, and balance. Its practitioners utilize long stances and long-range techniques during strikes.

Shito-ryu is a style that emphasizes speed and fluidity rather than power. Shito-ryu involves many upright stances that make it look like Sumo wrestling. The practitioners of this karate style use closed fist punches, elbow strikes, and kicks. Those who practice shito-ryu karate utilize soft strikes more than hard strikes while attacking their opponents.

This karate style focuses on the technics for evading attacks from opponents. By shifting the body, the practitioners of Wado-ryu can reduce the force coming from opponents. Wado-ryu employs punches and kicks while attacking opponents. Short and natural stances are parts of the predominant features of Wado-ryu. Through spiritual discipline and peace of mind,  the practitioners of this style sharpen their minds to foresee their opponent’s attacks.