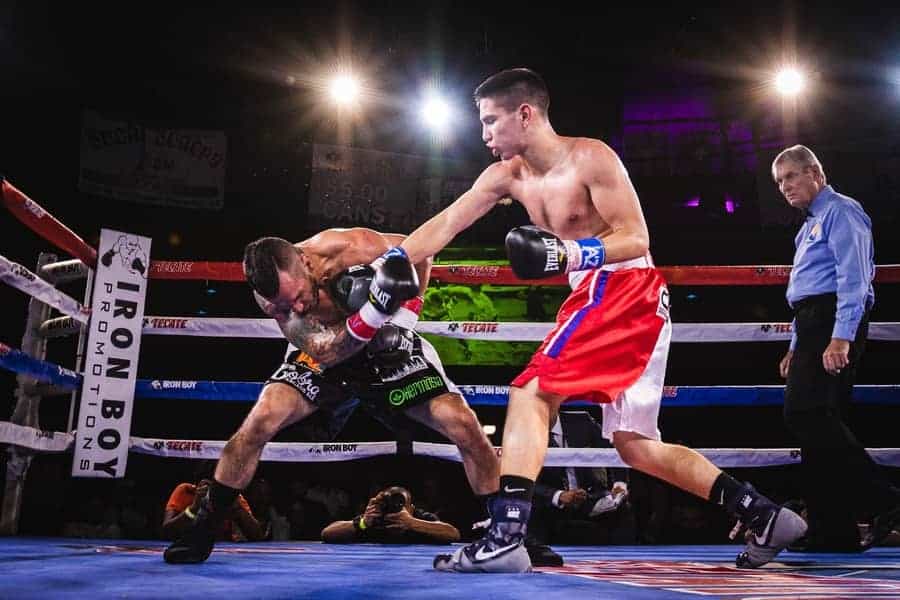 While watching boxing matches or UFC fights and talking about betting odds, you can often hear something like “Fighter X is a -300 favorite.” or “Fighter X is a +500 underdog.” It’s hard to distinguish what exactly these numbers mean, especially as a negative (-) number is associated with the favorite, while the positive (+) number is associated with the underdog. So, we’ll explain how to understand these odds as simply as possible.

To clear all doubts, let’s explain this concept a little bit more in detail.

Now that we have clearly and as simply as possible explained how to understand the odds when watching fights, let’s explain them a more precisely with few examples. Also, there are different types of odds when it comes to betting on fighting events, so it is useful to be familiar with all of them. First, let’s see the most common types of different odds.

Different Types of Betting Odds – How Are They Calculated?

What about when you want to wager a different amount than $100 or when winning $100 isn’t your goal? Let’s see the next example.

Other types of betting odds are the so-called Decimal odds, also called European odds, continental odds, or digital odds. They are often used in Europe, Canada, Australia, New Zeland. The name for these odds is self-explanatory as they come in decimal number form.

Simply said, the decimal odds number represents the total amount of money (total payout) you get for every $1 wagered (the money you wagered is included in the amount).

Fractional Odds are most popular in the UK. They are also called British odds, UK odds, or traditional odds. Fractional odds are written as, for example, 5/1 or 5-1; they can be written with both a slash (/) and a hyphen (-). They are pronounced as “five-to-one”.

For example, the fractional odds of 5/1 (five-to-one) means that you win $5 for every $1 you wager. Total payout is $6, with profit being $5 and the initial stake that is returned is $1.

To better see different types of odds and their conversion from one type to another, let’s take a look at the next table:

If you want to see how different types of odds convert one into another, here is a link to an online odds converter.

When you bet on boxing matches, you don’t necessarily have to choose the winner of a fight. You can also wager your money on things like which round the bout will finish in, how will it finish, will it go to the distance and many others. Let’s see some of them:

As with boxing, when it comes to MMA, you can also wager on many different things, some being:

With all being said, I sincerely hope that now you have a full understanding of what odds represent (and everything else you should know about odds) when watching your favorite fighters.

link to Mackenzie Dern Has a New Fight Coming Up!

After overcoming the first defeat in her professional MMA career in a more than impressive way and defeating Hannah Cifers with a break in the first round, the talented MacKenzie Dern is ready for a...

The dizzying rise from a young and talented fighter to a trademark of the entire sport has been achieved by Conor McGregor since he arrived in the UFC in early 2013. Most importantly, from the very...