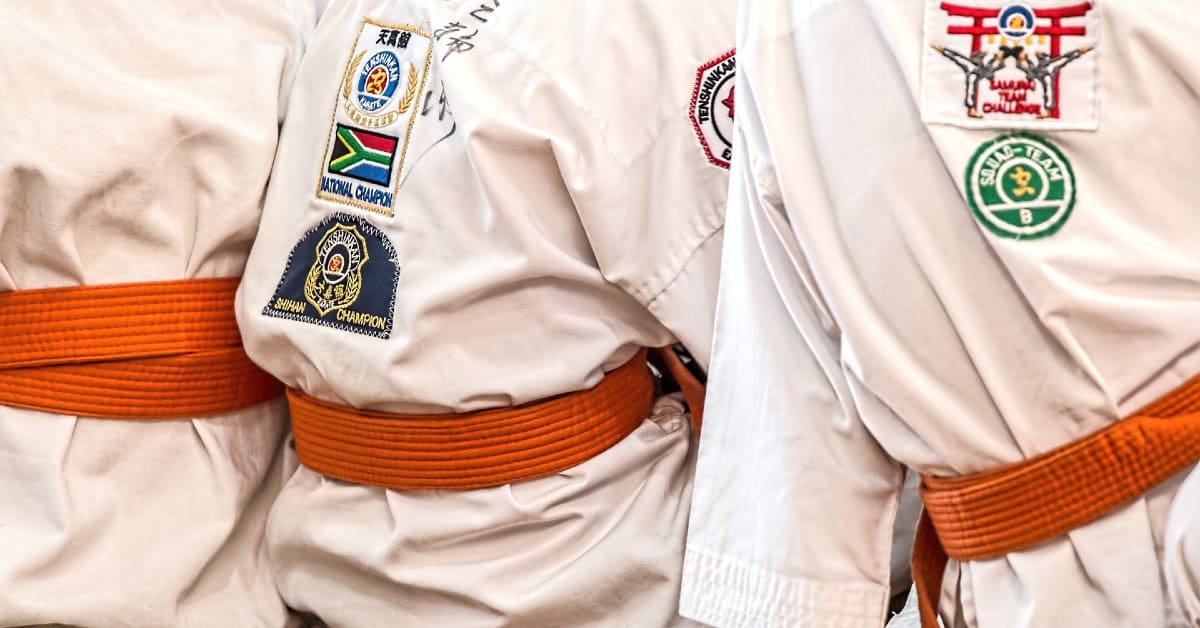 After months or possibly years and years of contemplation and difficulty deciding, you or a friend of yours have finally taken the step to sign up for karate classes. Getting all excited, you watch videos of techniques and other things you might learn, and then you go about getting all the things you will need for training. One of the only things necessary for karate training in most places is a gi.

A gi is the traditional outfit worn by most Eastern martial arts practitioners and is also the standard for training these arts anywhere around the globe. There is a problem you might encounter, however. If you happen to be overweight, it is really hard to find a gi for you.

Eastern Asian populations are made up of some of the shortest and also leanest people in the world, which is probably the reason for this problem. Most often, martial arts practitioners are viewed as lean and muscular Bruce Lee-s, but that isn’t most often the case. Read on to find out more about finding the proper gi for yourself, even if you happen to be overweight!

Contents hide
How a Karate Gi Should Fit?
Do You Wear Clothes Under a Karate Uniform?
Best Karate Gi for Overweight

How a Karate Gi Should Fit?

So the first thing we should talk about is how a karate gi should optimally fit. As with any other type of uniform for any job, hobby, or in fact, martial art, there are certain standards that can be found all over the industry, which determine how the given uniform should be worn. These standards can be found in the world of karate as well, and we will do our best to provide you with a summary of them.

First of all, we have to mention that there are 3 different types of gis:

Within the middleweight category, there are two main types of gis. One is somewhat heavier, shorter at the limbs, and more sturdy. This is used for Katas, which are like ghost-fighting, or like an exhibitory performance of a series of striking and defending techniques. The other type is somewhat longer at the limbs, is more flexible looks less straight and hard. This is for Kumite, which is sparring.

Since the lighter version is usually used in karate training in the West, we will focus on that one. The first and most basic rule is that the Kumite gi must feel extremely comfortable and must not limit movement in any way. A high-kick or a split should not even make you feel like your gi is having a hard time. At the same time, it should be sturdy enough to withstand months and years of abuse without tearing, which isn’t easy to do.

The perfect balance between toughness and flexibility is the hallmark of a well-built gi, and according to tradition, a way to see if gi pants are well-made and also fit you properly is by trying to perform a high-kick. If you need to adjust the pants before performing the kick, it is not the optimal one for you. Any sort of movement should be effortless in a gi, especially a Kumite gi.

The pants also need to be made of strong material at the groin area to withstand all the amount of kicking and stretching you will do. It is no good buying a gi for possibly hundreds of dollars just to have it tear after a week of stretching in it. The groin area must also have enough room to fit a groin-guard, which is a very important piece of equipment that you can’t afford not to have. The pants should reach around 10 cm above the floor, since stepping on your pants might cause heavy injury and also a lot of inconveniences.

The belt you own should be able to reach twice around your waist so you can tie it properly and still leave some room, should you gain or lose weight, but it also shouldn’t be so long as to dangle between your knees. That sort of a belt is prone to causing injuries as well, so stay away from it.

The jacket you own, or the top part of the gi, should be long enough to hang below your waistline even when you have it tied with the belt, but definitely not long enough to reach your knees, because then it will look like a skirt and also be more likely to cause injuries. In the same way, 10 cm below the waistline is the optimal length.

Your sleeves should never reach further than your wrists, since that as well does increase the likelihood of injuries, and it also makes wearing a gi more uncomfortable.

Do You Wear Clothes Under a Karate Uniform?

So you might ask what clothing you should wear under the gi since wearing it on your skin probably isn’t a good option, with the worst offender being wearing the gi without underwear. Never do that. The basic and standard take on this is to wear any sort of underwear you feel comfortable in plus a T-shirt or at least a tank top.

That would be more than enough for most places since it doesn’t really matter what you wear under the gi unless it doesn’t restrain your movement and doesn’t look flashy or out of place (wearing a bright pink or red shirt or a neon-colored tank top might be frowned upon or straight up not allowed in many places).

What other options do you have aside from a simple white T-shirt and underwear? Well, the sky is the limit, though this really shouldn’t be what you place too much emphasis on since a good gi is more important than good undergarments.

If you do, on the other hand, want to up your game in this area, we have some recommendations. You can wear compression underwear or shorts, which helps keep things in place more, absorb less sweat, and can also aid with circulation, which could have a small but beneficial effect on your stamina.

You could also wear a Thompson Tee instead of your simple white T-shirt or tank top, which is designed to absorb sweat a lot better than standard T-shirts and not get smelly. You can get as premium as you like with what you wear under the gi, but at the end of the day, it doesn’t matter much when your gi rips when you do a high kick.

It is very hard to find a karate gi for someone who is overweight, but it isn’t impossible. There are a couple of websites where custom-sized orders are available from time to time, but these are quite rare.

However, there is a karate gi available on Amazon, which is not only high quality but also affordable and available at sizes up to size 8, which is generally (karate gi sizes do differ by the company of production as well) good for people up to 6’7 ft in height and 275.6 lbs in weight.

It is the Ronin Karate Gi – Lightweight Student Karate Uniform. Ronin karate gis have been used around the world since 1980 and are known for their high quality and reliability.

A colleague of ours is also the main inspiration for us writing this article since he is quite overweight and does train karate. We ordered this gi for him to test it out on a couple of trainings and tell us whether it worked for him or not.

He ended up changing his old gi to this one, and he has been wearing it ever since. He said that it is the best gi he has owned so far, it is very comfortable and easy to move in.

The only adjustment he had to make was shortening the sleeves and the pants by a couple of centimeters, since the size of gis doesn’t only increase by waist size but also length, and he is somewhat shorter than the people this gi is intended for.

However, the process of shortening was done in less than 2 days by a local tailor, and he continued to use the gi with even higher efficacy after that. If you happen to be overweight, check out this large size karate gi on Amazon, so you don’t have to worry about not having training gear that fits you when you start training karate. Here is the link to Amazon.