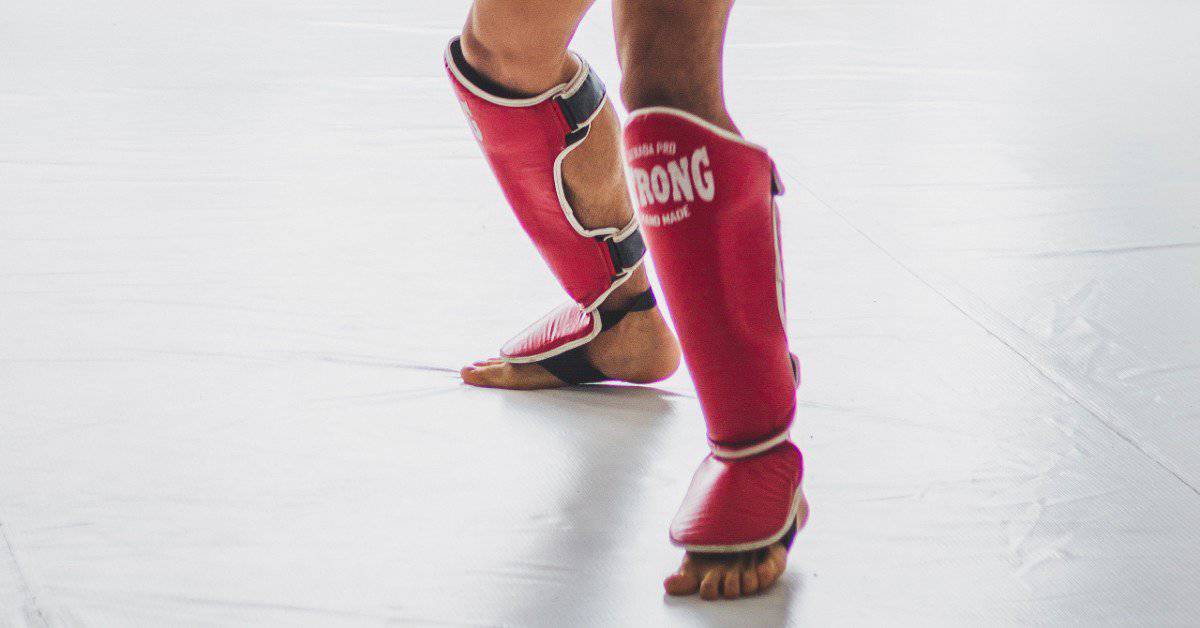 Shin guards are a crucial piece of equipment not only for Karate but for any other martial art as well. They are considered a part of the protective equipment and are mandatory to compete in Karate under the WKF (World Karate Federation). They offer you and your opponent some much-needed protection on the shins.

Also, using shin guards in practice can help you get to the combat level gradually and prevent any unnecessary injury. With all that being said, it is very beneficial to have good shin guards that fit as they are supposed to fit. You should know which shin guards are great for practice only, and which have been approved by the WKF for competition.

What Is the Purpose of a Shin Guard in Karate?

Shin guards are very important for Karate and all sorts of other sports. Even soccer players use shin guards as a part of their equipment because the legs are very exposed and vulnerable when it comes to collision impact. Of course, the type of shin guards used is a lot different, but it only shows that they are extremely vital in contact sports.

Karate uses a lot of kicks and leg techniques in its craft, which is why shin guards are necessary both in training and in combat. They can protect both you and your sparring partner/opponent from grueling pain, and severe injury that can potentially force you to give up on the sport.

In Karate, the WKF demands that the fighters wear shin guards with instep padding. That means that not only the shin is padded and protected, but the top part of the foot as well.

Many people would say, “Karate isn’t a full-contact sport, therefore, serious shin impact doesn’t occur”. Well, they’d be very wrong. Not rarely does it happen that fighters unintentionally collide shin to shin, and if you haven’t experienced the pain it causes, you can’t possibly know why shin guards are so vital.

That kind of a hard impact can cause severe leg injury, as shown by many professional fighters and athletes that experienced brutal leg breaks in combat. It happened to Anderson Silva, one of the best MMA fighters in history – and his shins are very well trained and ready to endure a lot of force.

Now, if the leg of a trained, experienced fighter that practices a martial art format with a lot more contact and power, can break just like that, imagine how your legs that aren’t trained as well can get hurt.

It is even worse in Karate because you mainly kick with your foot. It is filled with tiny bones and soft tissue that can easily break after hitting a hard surface, such as the head, elbow, or knee from an opponent who is blocking the attack. It can cause serious injury, which is why the WKF has made shin guards mandatory in combat.

How To Choose a Shin Guard?

Choosing the right shin guards depends on a couple of different factors. First, the type of sport you are practicing should determine which kind of guards you are getting. Muay Thai and Karate shin guards have a distinct difference between one another, let alone guards for other sports, such as hockey, soccer, etc.

The sport will also determine what type of material you need for the best performance. If you practice a sport such as ice-hockey or soccer, you need sturdy and hard materials, such as fiberglass or polyurethane shin guards. They are a bit heavier but offer complete protection from impacts with skates, cleats, etc. We urge you to avoid plastic and metal guards because they are the most uncomfortable and can cause injury themselves.

If you practice martial arts, the type of shin guards depends on the art itself. For instance, Karate practitioners should use thicker materials and guards that have instep padding, too. On the other hand, Muay Thai leg strikes are almost exclusively performed with the shin instead of the foot, so practicing with shin guards that are a bit thinner is more common, to train the shins gradually and get them accustomed to heavy impact.

Grappling martial arts, such as jiu-jitsu and wrestling, require even thinner shin guards. They are much lighter and typically less bulky to allow comfort during throws, rolls, etc.

Finally, your choice of shin guards should depend on what you need them for, too. Many argue that the use of shin guards in training is counter-productive because your legs don’t get used to impacts, which can cost you greatly in battle. That isn’t exactly true, though.

Muay Thai does require shin training, but going straight to sparring without shin guards is absolutely not recommended. You should start with sturdy, fully protective guards, and then work your way to softer and softer. That will help you avoid injury and train your legs at the same time. If you, wish to practice only recreationally and have no intention of competing in the sport, the thick shin guards are more than good for you.

In Karate, your choice should mainly depend on what your purpose of training is. If you don’t intend to compete, you can get any type of shin guards you find suitable. However, if you wish to compete in tournaments, you need to get one of the brands and models that are on the list of approved guards by the WKF. If your guards aren’t on the list, you won’t be allowed to compete.

As for the fitting, the guards have to cover your entire leg from the knee, down. Make sure they aren’t too loose, because if they twist during a battle, they lose their purpose. Take into consideration everything you read so far, and remember that the only shin guards that fit, are the ones that fit perfectly.

As we said, your choice should depend upon what you want out of your training. If you plan to compete, and also want the best combination of comfort and protection, then you need the Wesing Karate Shin Instep Guard. It is a WKF approved model that many well-respected names in Karate use, and recommend.

These shin guards will provide you with the ultimate protection all the way to the base of the foot and toes, and being WKF approved means that you can use them in competition as well. This model consists of two parts that can be separated from one another.

There’s the full-length shin guard stretching from below the knee to the ankle, and the complete foot protector encapsulating both the heel and the toes. Not only does that keep you safe from an impact injury, but from blisters and chafes as well.

Both parts of the shin guards are made of padded elastic fiber and Velcro straps that allow you to manage how tight you want them to fit. The material prevents slipping as well, which is crucial in combat.

The only thing that we can see as a downside to these pads is the price. They range from $40 to $55, which is a bit expensive if you compare them with some other shin guards available on the market. However, if you wish to compete in Karate, you need a WKF approved model. And, out of all models that have been approved, this one gives you the best price to quality ratio.

There are many models outside of the WKF approved list that are less expensive and great for training, but cannot be used in competition. So, if you want to practice solely for recreational or self-defense purposes, you can opt for a different set.

If you want ultimate protection suitable for training outside of competition, then you should try out the Venum Kontact Shin and Instep Guards. They cost right around $25 and provide incredible protection both for you and your opponent. They cost less, but you’ll be unable to fight in competition using them. However, your club will certainly provide you with approved shin guards, so that shouldn’t prevent you from using these in practice.

This model is a one-piece guard with instep padding. Same as the WKF approved ones, but they provide you with more comfort and steadiness. the design prevents twisting, turning, and slipping because there are no straps on the backside, but a complete Velcro closure encapsulating the entire leg.

Another great part of these shin guards is the fact that they are made out of breathable cotton fabric, which allows your legs and feet to breathe and avoid excessive sweating and odor. They are also machine washable, so maintenance is very easy.

So, if you want to have your own pair of shin guards that are suitable for a Karate competition, the Wesing Karate Shin Instep Guard is the best choice for you. They do cost a bit more, but the price range of WKF approved models doesn’t vary that much. almost all of them are within a $15 price range. Notable models are Arawaza WKF Approved Shin Guards, Adidas WKF Guards, and Wacoku WKF Karate Shin Pads.

On the other hand, if you don’t need your own competition guards, or plan to practice only outside of competition, you should consider a less expensive version, such as the Venum Kontact Shin Guards, etc.