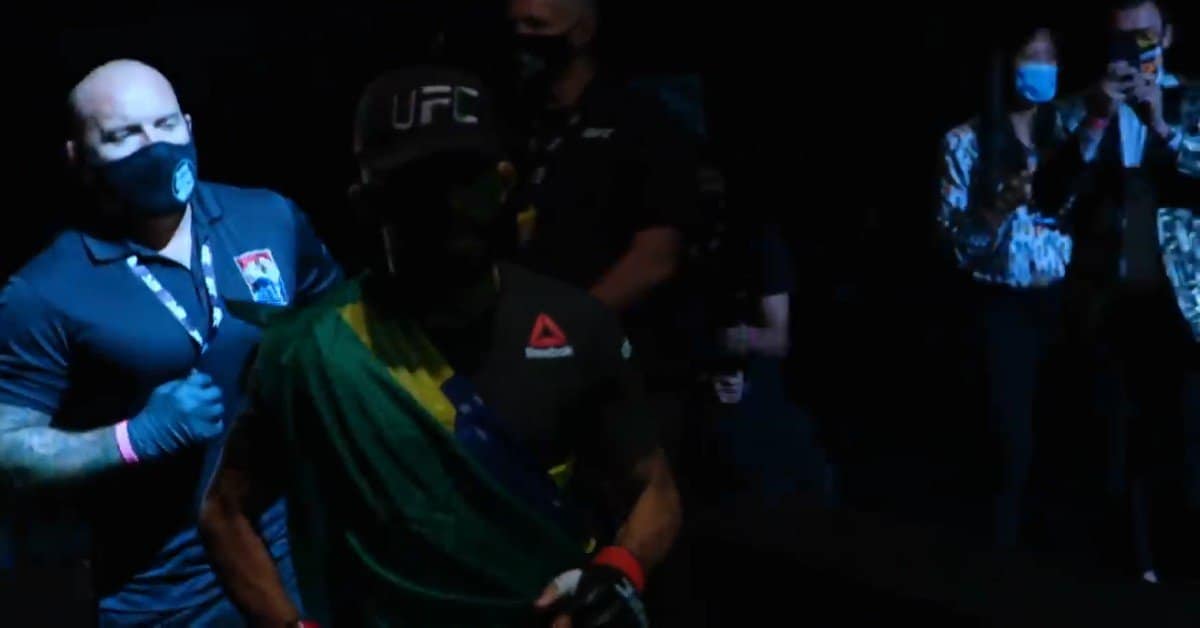 Mixed martial arts (MMA) is quickly becoming the most popular combat sport globally after boxing had that honor for decades.

What’s so intriguing to fans is that every single fight is different due to the difference in style from each fighter.

The UFC has by far the best and most-watched events.

But, if the UFC is the most-watched, but MMA is becoming the most popular combat sport in the world, what is the difference between UFC and MMA?

MMA (mixed martial arts) is a combat sport, while the UFC (Ultimate Fighting Championship) is the organization where MMA fights are conducted. The best MMA fighters in the world compete in the UFC.

As you can see, the difference is quite simple – one is a sport, while the other is the promotion where the sport is conducted.

It’s easy to mix them up if you’re not a fan already because even their histories are tethered together.

I’ll discuss both MMA’s and UFC’s history to clarify how the sport came where it is today.

A Brief History of MMA

Since there are martial arts, there are questions about which one is the best or the most effective.

There were no channels where you could put your claims to the test, other than organized fights between Kung Fu masters and Muay Thai fighters or judokas against karatekas.

Some say that the beginning of modern MMA was in 1976 when the world champion boxer Muhammad Ali fought a Japanese wrestler, Antonio Inoki, in a mixed-rules match. [1]

It was a horrible fight where Inoki laid on the ground and kicked Ali’s legs, while the boxing superstar refused to drop on the floor because he wanted to showcase his boxing.

Nevertheless, it was the turning point where the mainstream public started to show more interest in fights between different martial arts.

Will a wrestler be able to beat a kickboxer? Or a BJJ specialist fighting a Taek Won Do master?

The closest we got to the modern MMA is Vale Tudo in Brazil, literally meaning “everything goes.”

They organized fights where you could basically use any technique you want. But, the birth of the real, modern MMA started when the UFC was developed.

A Brief History of UFC

Seeing how big the public interest was to see which martial art is the best, Rorion Gracie (of the well-known Gracie BJJ family), Art Davie, and Campbell McLaren organized an event called “The Ultimate Fighting Championship.”

It was supposed to be a single event – a one-night tournament between eight men of different fighting backgrounds to see who will get out on top.

Royce Gracie (Rorion’s younger brother) won that first tournament using BJJ, and the fans were shocked to see how you can use grappling so effectively against striking.

Seeing how considerable the interest was, they decided to organize yet another tournament, and another, and another.

Gracie won three of the first five tournaments, so the fighters realized you couldn’t use only one martial art to compete in such tournaments, where every fighter has a different skill set.

So, to give themselves an edge, fighters began cross-training in martial arts they had no experience in before.

That’s when the real, modern MMA was born.

Instead of just pairing up two different martial arts against each other, the fighters began using techniques from various arts to become more complete fighters.

As the fighters developed, so did MMA, and so did the UFC.

It started as a bare-knuckled combat sport and is miles from that raw form now.

The rules have been laid out more concretely, the fighters are uniformed, and MMA became an actual combat sport, just like boxing, wrestling, or BJJ.

Today, MMA fighters are the most complete fighters in the world, capable of fighting both on the feet and the ground, using both striking and grappling.

We never saw that before in any other martial art or combat sport.

Are There Other MMA Organizations Outside of the UFC?

So, now we that MMA is a combat sport, whereas the UFC is an organization where MMA fights are conducted.

But are there any other organizations that conduct MMA fights?

Obviously, the UFC was a frontrunner when it comes to MMA development.

However, it is evident that today, there are a lot more organizations and promotions where MMA fights are conducted, from amateur to professional.

The UFC is still the most elite organization, where all the best MMA fighters in the world fight, but here are some other well-known promotions you should know.

Bellator MMA is the second-best MMA promotion in the world behind UFC and the biggest competition to the UFC both in the quality of the fights and viewership.

It’s still not even close, but that doesn’t mean there aren’t some incredible fighters in Bellator as well.

In fact, many UFC fighters transitioned to Bellator to compete in their veteran days or simply to try something else.

For instance, Ryan Bader fought in the UFC for years, and when he went to Bellator, he became a two-division champion.

If you came to Europe and wanted to watch the best MMA available, you should watch an event organized by the Polish promotion, KSW.

Many believe that KSW is the third-best MMA organization globally, and the numbers sure prove that. It’s the fastest-rising MMA promotion today in terms of popularity and the quality of MMA seen in their events.

Battling KSW for the third-best MMA promotion position in the world, ONE Championship invested a lot to make itself a formidable organization, and they had done just that.

It’s an Asian promotion that hosts exhilarating fights and has some pretty big MMA names on their roster.

The competition just keeps getting better, and there’s no doubt in my mind they’ll continue to go in the right direction.

Finally, I had to put Invicta FC into the mix, as the only all-female MMA promotion with this kind of reputation.

When the idea of a female-only MMA promotion surfaced, many people laughed at it, but it turned out to be a huge hit.

Their PPVs are cheap, but there hasn’t been a single event that didn’t live up to the expectations. Some of the best UFC female fighters ever came from Invicta FC, most notably Rose Namajunas.