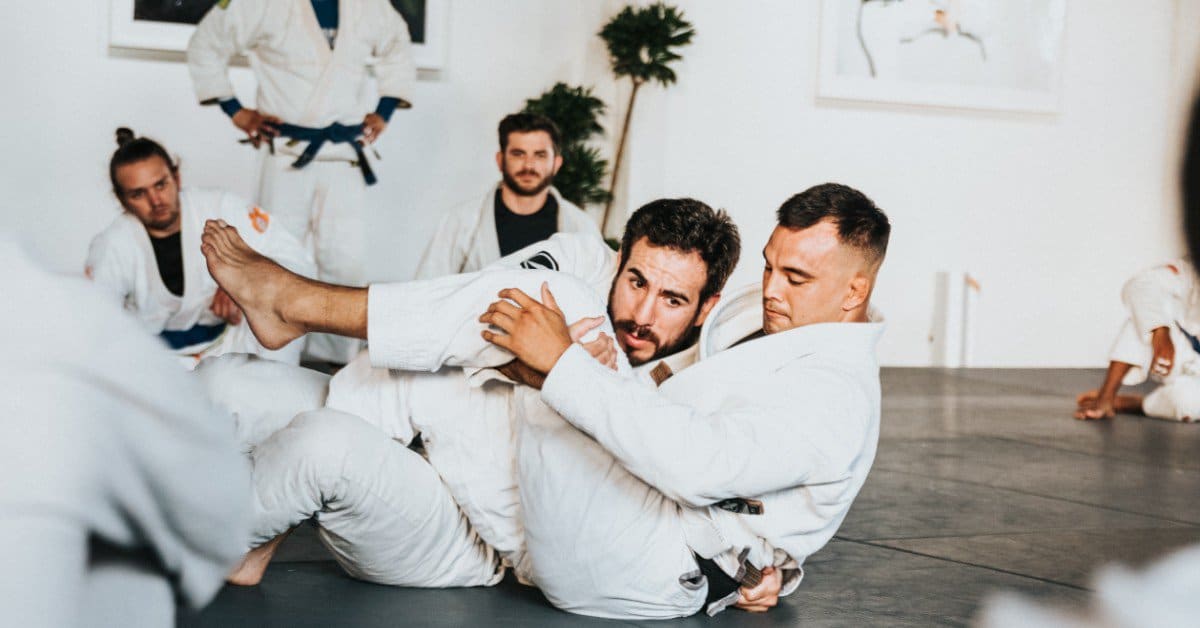 When it comes to training in martial arts, there is nothing better than training at an elite gym or academy that drastically improves your skills. With a lot of academies for different martial arts popping up, there is no shortage of places to train. However, how do you know if the place you’re training is simply the best? We’ve researched and chosen the best martial arts academies after analyzing the head coaches, training partners, training environment, and overall reputation. You will not find a more comprehensive list elsewhere.

Here are the best martial arts academies in the world,

With top coaches, elite professional athletes and training partners, a conducive environment, and an unmatched reputation, these academies will fuel your desire to learn martial arts and fast track your progress to becoming a martial artist.

Rolling with the elite grapplers from the gym will push you to level up and improve your skills on the mat. It is one thing watching high-level Brazilian Jiu-Jitsu athletes roll, it is another thing to roll with them.

There is a Kid’s Program, Fundamentals Program, Advanced Program (Purple Belt), and Master Program (Black Belt) offered by the academy. The classes are from Monday to Saturday. You can download the schedule of the classes from the official website.

If you’re in New York City, a visit to the Renzo Gracie Academy will not disappoint you. After all, legendary mixed martial artist, Georges St-Pierre loves visiting the academy when he is in the city.

It is a privilege to learn the art of Brazilian Jiu-Jitsu from one of the true masters of the game, Marcelo Garcia. He is the head coach at the Marcelo Garcia Jiu-Jitsu Academy where you can see him handle the classes himself.

A fourth-degree black belt under Fabio Gurgel, Marcelo is one of the best pound-for-pound submission grapplers in the world, having won the Brazilian Jiu-Jitsu world championship title five times and the ADCC Submission Wrestling World Championship four times.

He started the academy in 2009 to teach the art of Brazilian Jiu-Jitsu to the world. Marcelo Garcia Jiu-Jitsu Academy offers classes all week both in Gi and No Gi grappling styles. There are classes in both fundamental and advanced skills. A separate women’s only class teaches BJJ techniques for women.

There are two free classes available for New York, New Jersey, and Connecticut residents that can be availed by arriving 10-15 minutes early to class and signing a waiver form.

In addition to all the action at the academy, you can brush up your skills and watch Marcelo teach more techniques through the mgjj.live and MGinAction online platforms.

The official headquarters of the worldwide Judo community, the Kodokan Judo Institute was founded by Kanō Jigorō in 1882. Started with only 12 mats and nine disciples, the institute has grown over the years to now becoming an eight-story building in Tokyo with several dojos having a total of 1300 tatamis.

The Kodokan Institute offers Judo classes for students who want to master the martial art. Various trainees from around the world study Judo from the basics at the institute. There are short-term practice periods available for trainees with some level of experience in Judo. Separate Women and Boys & Girls classes are also conducted.

More than 150 experienced Judo instructors who have experience in national and international championships handle the classes on a daily basis. The classes are held from Monday to Saturday. The instructors teach students Judo techniques as well as fair play and other martial arts principles useful for life.

If you want to truly master the art of Judo, then a visit to the birthplace of the martial art is the best way forward. The Kodokan Judo Institute has courses that include theories and practice of the art to guide you on your journey to mastery.

Founded by Dan Lambert in 2001, American Top Team (ATT) has quickly grown to become one of the best training facilities for mixed martial arts in the world. With a growing number of top athletes arising from the gym, it is one place to consider for improving your skills as a mixed martial artist.

In addition to various MMA champions and top competitors regularly training at the gym, the facility offers separate adult and kids programs focusing on teaching the essential skills of martial arts for individuals.

There are top-class instructors for Brazilian Jiu-Jitsu, Submission Grappling, Boxing, Kickboxing, and Muay Thai at the American Top Team. Most of the instructors are experienced professionals who have excelled in their art.

You can try out their trial memberships for kids, teens, and adults to get a taste of the team and coaches before committing to training full time. You can train at the academy for 6 days, from Monday to Saturday by enrolling in a program. Check out their schedules for different classes by visiting their website.

American Top Team is among the highly recommended Mixed Martial Arts academies around the world. If you are truly serious about realizing your potential as a martial artist, then a visit to the gym is recommended.

The American Kickboxing Academy (AKA) has consistently produced champions in various martial arts. Considered one of the top mixed martial arts academies in the world, AKA is home to UFC champions including Cain Velasquez, Daniel Cormier, and Khabib Nurmagomedov.

The academy is open to kids and adults willing to train and compete at all levels. There are different programs for Jiu-Jitsu, Kickboxing, and MMA at the training facility.

You can get a taste of the academy and try out its facilities with a free day trial. Simply arrive 10-15 minutes before class and fill out a waiver form to get started with the free trial. There are various instructors for different programs who will help you in your journey.

Being around the best and learning from the best will put you on the right track to accelerate your learning of the mixed martial arts.

The Songshan Shaolin Traditional Wushu Academy was founded by Shifu Shi Yan Jun who has been graded 8 Duanwei from the Shaolin Wushu Association.

Located inside the Shaolin Temple which is a UNESCO World Cultural and Natural Heritage Site in the Henan Province, Songshan Shaolin Traditional Wushu Academy is the ideal destination for martial artists looking for an unforgettable experience learning various martial arts.

While international students can extend their stay at the academy, they must factor in the visa extension cost in case they choose to stay longer. The training sessions are conducted 5 days a week with 6 hours of martial arts practice classes each day. All students must stick to the training schedule.

The programs at the academy are developed around the students’ level of fitness and concentration. It is recommended to book seats earlier since Shaolin masters keep their class sizes to a minimum.

Also, if you have an interest in a gym (school) regarding the specific martial art, here are some of our other lists: