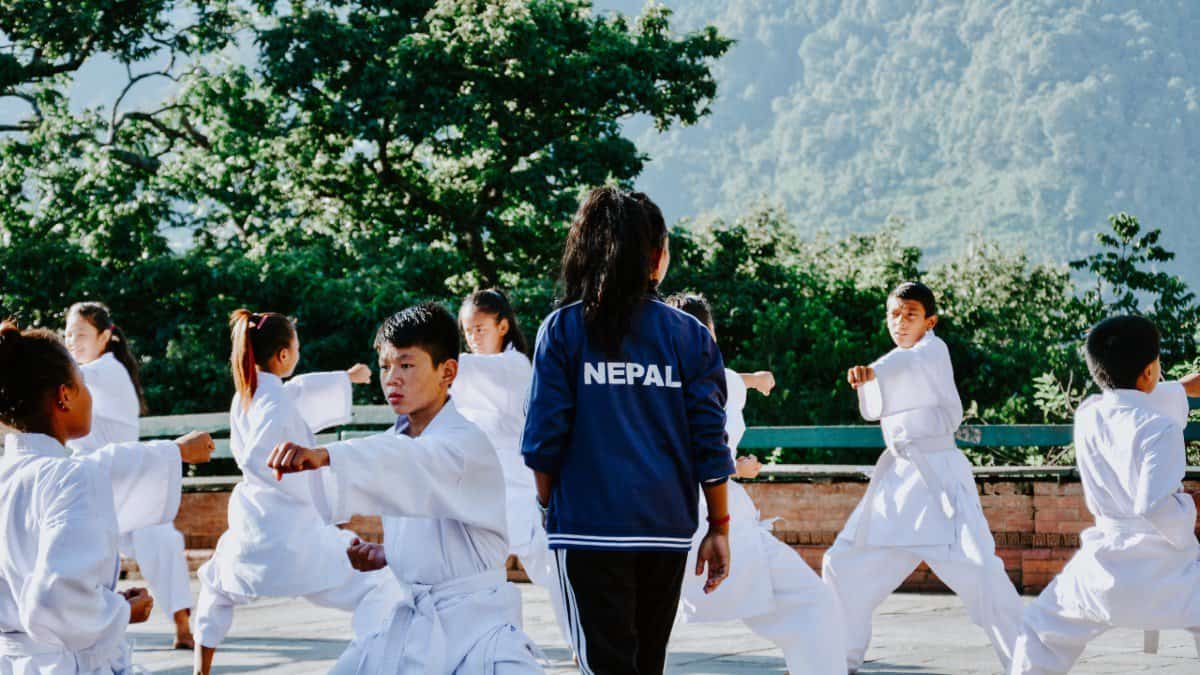 More than the physical fitness, Taekwondo offers much more. This is a martial art that has been established for more than 2000 years and the techniques are still being practiced until today. Taekwondo does not only teach you self-defense but it also teaches you to respect, have a sense of pride, and build your confidence.

You might have an interest in Taekwondo and have been wondering which of the schools across the globe offer the best Taekwondo lessons. This is why I am here to guide you on our list of the 10 best Taekwondo academies in the world today.

As you might have already known, Taekwondo originated from South Korea, and up until today, the country still serves as its base. However, this special martial art has spread across the globe even to the United States, Singapore, Antioch, and the majority of the parts of the world, and that only shows you how amazing people have embraced it. Taekwondo is more than a sports competition, even though it could also serve that purpose, but it is much more a respected martial art and should be treated so.

What makes a good Taekwondo School?

You are interested in learning Taekwondo, perhaps, you want to register your kids, this means you need to find a top-notch Taekwondo class for them. Why am I trying to tell you this? There are a lot of Taekwondo schools out there that are not real and for you not to fall victim to those that will scam you for your money and not get the values of what you have registered for, I need to quickly run you through those things you need to check out to find out if a Taekwondo academy is the best one for you.

Naturally, a Taekwondo school is called “Dojang” or at times Kwan, a Korean word that means a place of learning the way of martial arts and you must take caution at schools who call it a different name. Another thing you will want to watch out for in a Taekwondo school is the curriculum which should include fitness, leadership skills, stretching, breaking, sparring, self-defense, forms, basics, meditation, and philosophy. Anything away from these things is a minus.

Also, the uniform used in Taekwondo is the white uniform that is called a dobok which symbolizes perfection and purity of character. Any Taekwondo gym that uses colorful uniforms is not good enough for you. Furthermore, in a Taekwondo academy, sparring is an essential practice, any school that does not pay attention to sparring or that use non-contact sparring or no competition method should be avoided because competition, not isolation is used to breed excellence.

10 best Taekwondo Academies in the World

This avail you the opportunities to observe how their instructor interacts with their students and how the students react to it. You will also get the chance to have some conversations with the older students and other parents. Check our list below:

This is an academy located in Honolulu Hawaii and it was established by Grandmaster Cho’s Tae Kwon Do who based the foundation on the intellectual, physical, and spiritual aspects. The school has a place for all genders and ages and does not discriminate about race.

The school has its location in Winter Garden Florida and some other places like Sunrise, Orlando, and Clermont, Florida, Cheonan, South Korea, and Bogota, Cali, Colombia. The good thing about the school is that it was established by Grand Master Richard Hackworth who was a 16-time World Martial Arts Hall of Fame Inductee. If you get your kid to study in this school, you are certain to get the best out of your kid because history has it that the Grand Master has influenced tens of thousands of students across the globe.

The academy has its location in Atlanta Georgia that teaches both Taekwondo and Hapkido. Grand Master Gregory Glover owns it and he’s well known to be a part of the US National Taekwondo coaching team. Allowing your kid to learn under such a man will be a great advantage. They also offer a free trial class when you get started.

The school is located in Orlando, Florida and it was founded by Grand Master Fred Parks whose passion is to teach women and children Taekwondo. This is surely one of the best places for you.

The school is situated in Tennesse and it was established by Master Chris Edwards who is a world record holder in Breaking. The school offer classes in Jujitsu, Hapkido, Kung Fu, and Taekwondo and this makes it so special.

Established by Grand Master Johnny Kang, has its location in Brentwood/Antioch and placed its emphasis on helping to develop people in all ramifications as they believe that martial art is much more than self-defense. If you are a residence of where this school is located, this may be the best for you.

The school is located in Boston and it was founded by Grand Master Kim Jae Hun when he was in Boston USA, in 1974. The founder attended MIT where he started to teach Taekwondo. Imagine being taught by someone who taught at MIT, this is the best place for you. The school currently has branches in China, Ireland, Korea, Singapore, and the US.

The school was founded by Grandmaster Byung Yul Lee in 1969 and he has produced thousands of students who became champions in the sport as well as in life. Even though the founder has passed away, those that were trained by him are still very much available. They have their Taekwondo academy located in Minnesota and they offer two weeks trial course including a uniform to start with.

The school is situated in San Diego and was founded by Grand Master Kim who studied Taekwondo in South Korea in 1974 at Kyung Hee University. This is a great man that has 43 years of experience and I am sure you will not want your kid to miss out on this opportunity.

The school is located in California and was founded by Grandmaster Sun Ki Chong who was a three-time Korean National Champion and was also a former US Team Coach. The school has five locations including Buffalo and NY area.

In conclusion, finding the right Taekwondo school is the best you can give to yourself or your kids and with our list above, you should try and enroll for one of those schools to see for yourself.