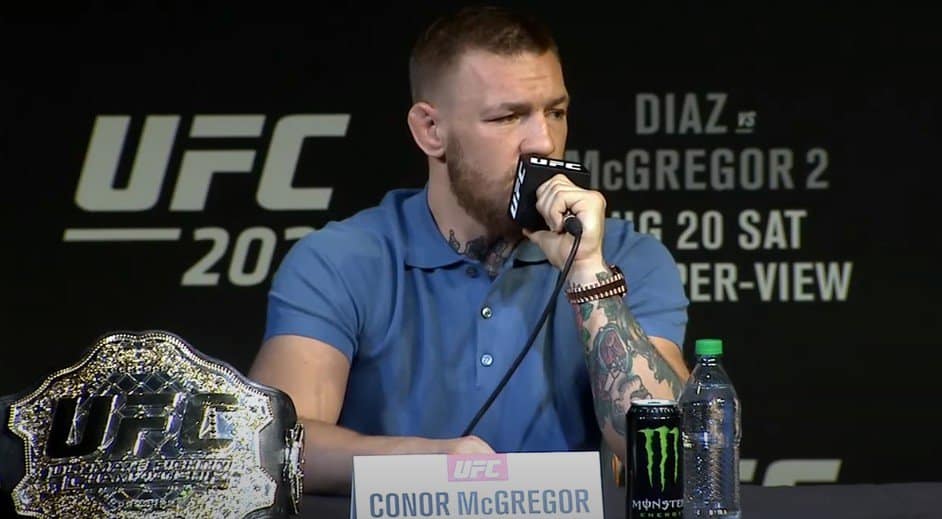 Per Dana White, UFC Fight Island’s infrastructure should be completed very soon, and the events somewhere in the international water are expected to start by the end of June. So, we bring you a list of the biggest fights to make on Fight Island.

At UFC 245, Volkanovski shocked the world when he outclassed long-reigning featherweight champion, Max Holloway, for whole five rounds. Before that, Max was on a 13 wins streak. Holloway was widely regarded as the best featherweight of all time, and Alexander managed to completely shut his game and dominate for the whole contest. Their rematch would be probably the second biggest fight in the history of UFC’s Featherweight division, only behind Jose Aldo vs Conor McGregor at UFC 194.

There are always options for Conor. And whichever is made it is sure to be one of the biggest fights in UFC history. But, when talking about options, Tony is out for some time, Khabib and Gaethje are fighting for the belt, Poirier should face Dan Hooker. Maybe Masvidal, but he should fight Kamaru Usman. So, the fight to make for Conor is the trilogy fight with Nate Diaz. Win over Nate would guarantee Conor a shot at the title next and their trilogy would be the biggest trilogy in UFC history.

Usman defended the welterweight title last December at UFC 245 against Colby Covington is one of the best fights of the last year. Masvidal is enjoying extreme popularity because of his stoppages of Darenn Till, Ben Askren, and the latest against Nate Diaz for the BMF title. Masvidal is the number one contender, and the two should fight. Oh, to pump the fight, even more, there is a ton of bad blood between the two. So, the spectacle is guaranteed.

After taking over the UFC Middleweight division like a storm in 2018 and 2019, Adesanya’s last contest against Yoel Romero was one of the worst title fights in history. To maintain his popularity, Israel should deliver against Costa. There is a lot of bad blood between the two and is clearly the next fight to make at the middleweight. For this one, we hardly see it go to the distance.

Although people want to see Reyes rematch, we think that the fight to make for Jones is Jan Błachowicz. The Polish fighter has sure earned a title shot, and although somewhat controversial, we think that Jon won the fight against Reyes. Other fights for Jones, like Adesanya or Ngannou should wait, and for Reyes, let him fight Santos for a spot for Jones rematch. Until then, it is Jones vs Błachowicz for the title.

Recently, it is said that Stipe should be back in training. So, we might expect the two to face each other in a few months. Cormier KOed Stipe first time, Miocic TKOed Daniel the second. Their third fight of a trilogy would be the biggest within the history of the UFC Heavyweight division.