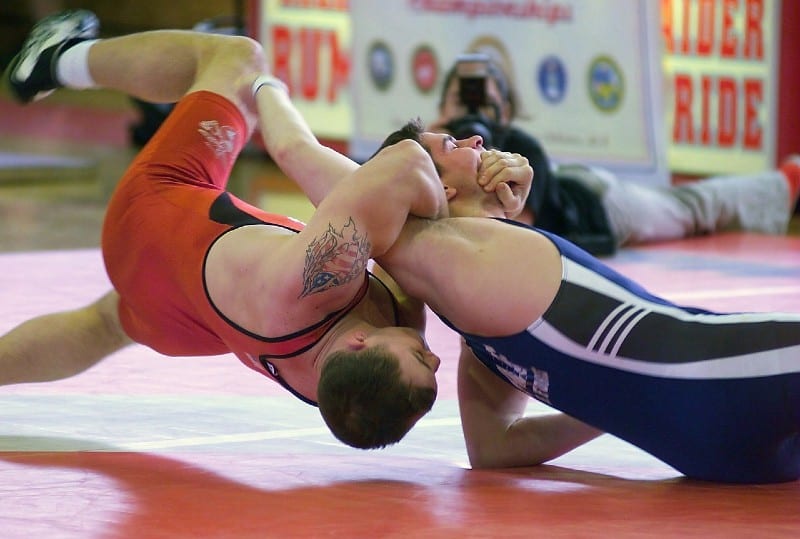 Being a grappling sport itself, Brazilian Jiu-Jitsu will highly improve your wrestling skills. Some techniques and skills that you learn by doing Jiu-Jitsu can transcend very well to wrestling.

Keep reading to find more how exactly will BJJ help you with wrestling and what to focus on.

Brazilian jiu-jitsu gained international recognition in the world of martial arts in the 1990s, when Brazilian jiu-jitsu master Royce Gracie won the first, second, and fourth UFC (Ultimate Fighting Championship) which was an elimination martial arts tournament at the time. He often fought against much larger opponents who practiced other styles, including Boxing, Shoot-fighting, Karate, Judo, Taekwondo, and Wrestling.

Since then, BJJ has become a basic skill for many MMA fighters and is considered responsible for directing great attention to the ground fighting aspect. BJJ sports tournaments are gaining increasing popularity around the world and have started numerous gi and no-gi submission grappling competitions as the ADCC World Submission Grappling Championships.

The system evolved from a modified version of Judo practiced before World War II including some techniques from classical jiu-jitsu and with a focus on ne-wazu (floor techniques). It promotes the principle that a smaller, weaker person can successfully defend against a bigger and stronger attacker using balance and technique. BJJ can be trained for self-defense, sports grappling tournaments (gi and no-gi) and mixed martial arts (MMA).

Wrestling is a martial art, but also a standard Olympic sport. It is a fight between two opponents whose goal is to defeat the opponent using different grappling-techniques, but in doing so, blows of any kind are prohibited. Wrestling is one of the oldest sports in general, which was practiced in the days of ancient Greece, and is in the program of the modern Olympic Games from the first days until today.

As a traditional sport, wrestling has evolved in a wide variety of styles and rules, from sumo wrestling, judo to various freestyle variants. It is often used in soldier training, so-called chest to chest fights. All these styles have in common that it is forbidden to hit an opponent with their hands, feet, elbows or head, as well as unsportsmanlike moves such as scratching, bites, genital strikes, etc. The difference between individual styles is the duration of the fight (number and duration of the period), scoring of individual actions, the list of permitted actions, etc.

The goal of wrestling, depending on style, can be:

How BJJ (Brazilian Jiu-Jitsu) can help with Wrestling

Off-season wrestling would probably help you the most, but you can also train it in combination with BJJ. Here are a few reasons why we think BJJ (Brazilian jiu-jitsu) can help with wrestling.

Are there some better martial arts to combine with wrestling?

There probably are, like judo and even sambo, but it all depends on what your goal is. If you are trying to get into the world of MMA, then BJJ would be a great choice as well. Also, if you are preparing for your opponent in MMA, then you have to learn other techniques as well so you can be prepared for him the right way. You can also find out what are the best martial arts for MMA so you can combine them with wrestling if you like.