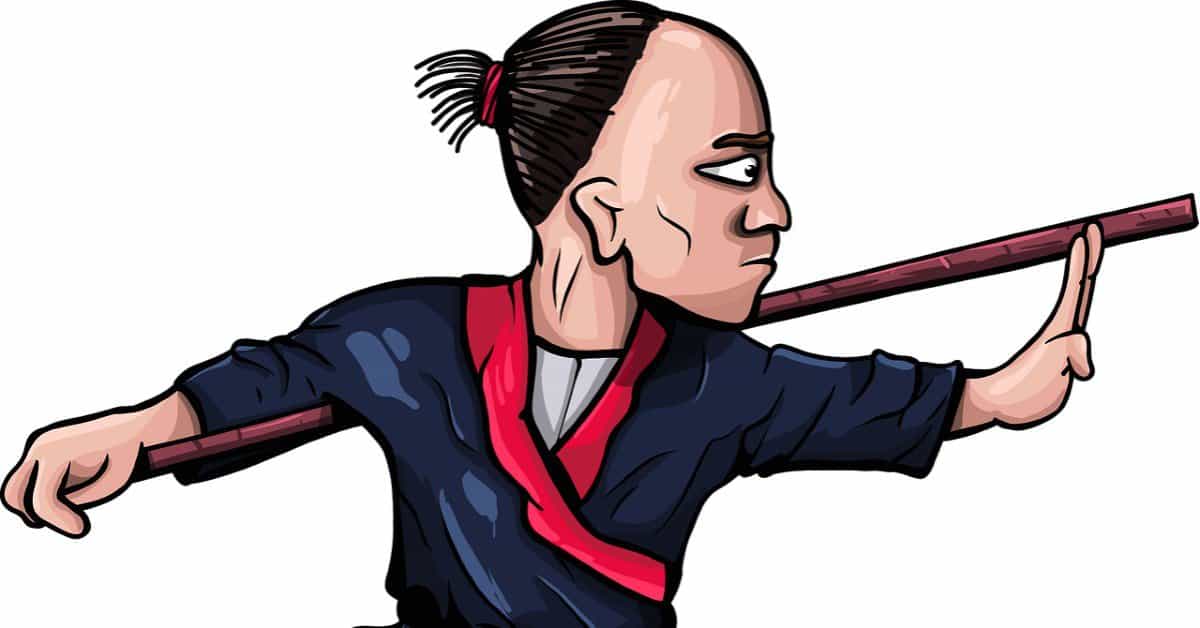 In this article, I am going to present you a list of martial arts using staffs in their teachings.

I am going to give you the names, some details, and the list of weapons used in them so you can find out everything there is about martial arts that are using a staff.

This is a list of some martial arts and combat sports that rely heavily on the use of staffs and stick.

Some of them might use them as their main (or only) weapons, while some use them among a plethora of other weapons.

Arnis, also known as Kali or Eskrima/Escrima, is the national martial art of the Philippines.

Filipino martial arts are very specific, as they – unlike a large number of other Oriental martial arts – emphasize the use of weapon-based fighting with sticks, knives, bladed weapons, and various improvised weapons, as well as “open hand” techniques without weapons.

Some of them are of Filipino origin, while others stem from early colonial influences (mostly Spanish, since the Philippines were, for a large part of their history, part of the Spanish Empire).

Bōjutsu (棒術) is a Japanese martial art based on using a staff weapon called bō.

All of the thrusting, swinging, and striking techniques often resemble empty-hand movements, following the philosophy that the bō is merely an “extension of one’s limbs”.

Consequently, bōjutsu is often incorporated into other styles of empty-hand fighting, like traditional Jiu-jitsu, and karate.

Canne de combat is a French martial art that started off as a 19th-century self-defense technique.

Its main weapon is a canne, a special cane (or walking-stick) designed for fighting. Canne de combat was standardized during the 1970s.

The canne itself is very light, made of chestnut wood, and slightly tapered.

A padded suit and a fencing mask are worn for protection.

The Punjabi name gatka properly refers to the wooden stick used. It originated in Punjab in the 15th century; there has been a revival during the later 20th century and gatka is now popular as a sport or sword dance performance art and is often shown during Sikh festivals.

Hanbōjutsu (lit. the art of wielding the hanbō) is the main element in several martial arts including the Kukishin-ryū koryū classical school of martial arts, and Kukishinden-ryū, one of the nine schools of Bujinkan Budo Taijutsu.

Part of the importance of using this length is that it is approximately that of a walking cane.

Although techniques with a cane in this ryū-ha utilize pulling or hooking and possess one rounded end, they invariably function the same as a hanbō in all other respects.

The hanbō can be held toward one end, and be swung like a katana or kendo sword. Additionally, it can be held in the middle like a staff and strike and block from either end.

The hanbō can be used as a means of striking, restraining, or even throwing someone.

Hanbō is useful to know because sticks are abundant and can be picked up if attacked.

Jōjutsu (Japanese: 杖術) is very similar to the aforementioned bōjutsu, but it uses the jō instead of the bō, i.e., a different type of staff.

The art itself is also called jōdō (Japanese: 杖道, lit. “way of the jō”).

Krabi-Krabong (Thai: กระบี่กระบอง) is a weapon-based martial art from Thailand.

Other weapons used: clubs, different types of sticks, staffs, and swords, and even a shield.

Mau rākau (Maori term that means “to bear a weapon”), is a traditional martial art based on traditional Māori weapons and practiced in New Zealand.

The term itself refers to the art of using any weapon, which is why there are specific styles designed for precise weapons.

Shintaido (新体道, a Japanese word translated as ‘New Body Way’) is a hybrid system of movements that aims to use the body as a means of expression and communication.

Incorporating both physical and artistic elements, it was created in Japan in the 1960s.

Its roots lay in the traditional Japanese martial arts, Chinese medicine, and Buddhist meditation techniques, while its creator Hiroyuki Aoki was also influenced by modern Western art and Christianity.

As well as being a practical martial art Shintaido aims to be a form of artistic expression, a healthy exercise, and a path of self-discovery and transformation.

Shintaido is practiced with bare hands, but the curriculum also includes bojutsu (棒術), involving the use of the long staff (or bō, 棒), and kenjutsu (剣術), using a wooden sword (or bokuto, 木刀).

Silambam is a weapon-based Indian martial art originating in modern-day Tamil Nadu in the Indian subcontinent and is estimated to have originated in approximately 1000 BCE.

This ancient fighting style is mentioned in Tamil Sangam literature 400 BCE. Silambam’s main focus is on the bamboo staff.

As far as the number of weapons used goes, silambam is one of the most prolific martial arts on this list.

Singlestick, also known as cudgels, refers to both a martial art that uses a wooden stick as well as the weapon used in the art.

It began as a way of training sailors in the use of swords such as the sabre or the cutlass.

Canne de combat, a French form of stick fighting which we have already talked about before, is similar to singlestick play, which also includes a self-defense variant with a walking stick.

The singlestick itself is a slender, round wooden rod, traditionally of ash, with a basket hilt.

Singlesticks are typically around 36 inches (91 cm) in length and 1 inch (2.5 cm) in diameter and thicker at one end than the other.

It bears approximately the same relationship to the backsword as the foil to the small sword in being a sporting version of the weapon for safe practice.

Tahtib (Egyptian Arabic: تحطيب taḥṭīb) is a traditional stick-fighting martial art from Egypt, originally named fan a’nazaha wa-tahtib (“the art of being straight and honest through the use of stick”).

The original martial version of tahtib later evolved into an Egyptian folk dance with a wooden stick.

Today, it is usually described as a dance, ritual, game, or ritual mock combat accompanied by music.

Nowadays, the word tahtib encompasses both martial practice and performance art. It is mainly practiced today in Upper Egypt.

The stick used in modern-day tahtib is about four feet in length and is called an asa, asaya, assaya, or nabboot, depending on the part of Egypt you’re in.

It is often flailed in large figure-eight patterns across the body with such speed that the displacement of air is loudly discernible.

Taiho-jutsu (arresting art) (逮捕術) is a term for martial arts developed by Japan’s feudal police to arrest dangerous criminals, who were usually armed and frequently desperate.

While many taiho-jutsu methods originated from the classical Japanese schools of kenjutsu (swordsmanship) and jūjutsu (unarmed fighting arts), the goal of the feudal police officers was to capture lawbreakers alive and without injury.

Zulu stick-fighting (also known as donga, or dlala ‘nduku, which literally translates as ‘playing sticks’, but also as Nguni stick-fighting, based on the people it stems from) is a martial art traditionally practiced by teenage boys from the Nguni people in South Africa.

Each combatant is armed with two long sticks, one of which is used for defense and the other for the offense.

Little, if any armor is present in such fights.

Although Nguni/Xhosa styles of fighting may use only two sticks, variations of Bantu/Nguni stick-fighting throughout Southern Africa incorporate shields as part of the stick-fighting weaponry.

The object is for two opposing warriors to fight each other to establish which of them is the strongest or the “Bull” (Inkunzi).

Warriors do this by engaging in combat with one another; this means that their traditional role in combat has been mostly forgotten as the years passed.

An “induna” or War Captain / Referee from each group of warriors keeps his crew in check and keeps order between fighters.

Well, that covers everything you need to know about stick- and staff-based martial arts.

Also, if you are interested, check out the article I wrote about other martial arts the use weapons in general. 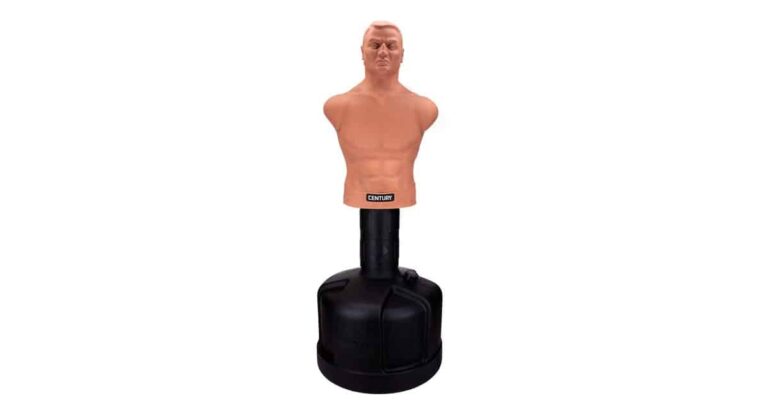 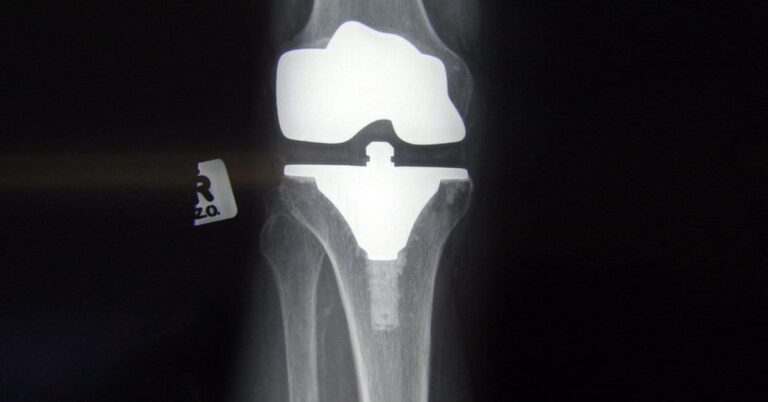 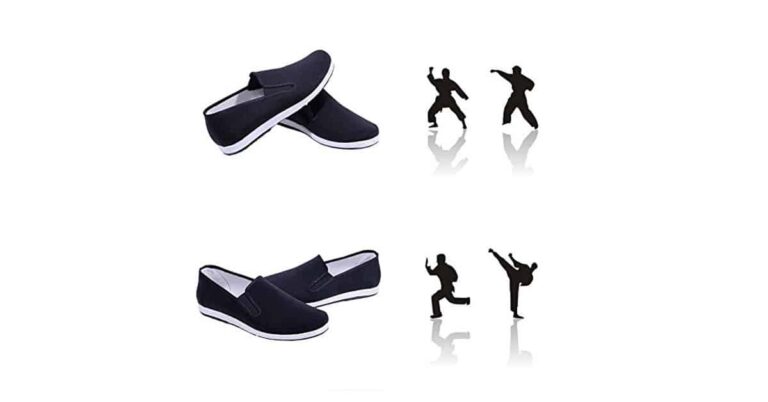 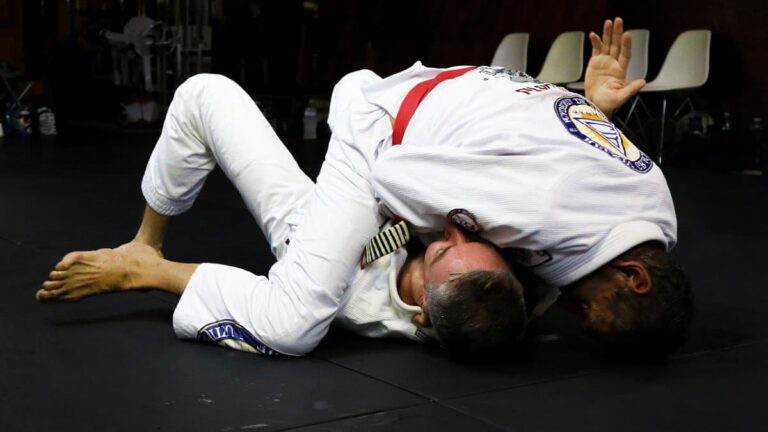 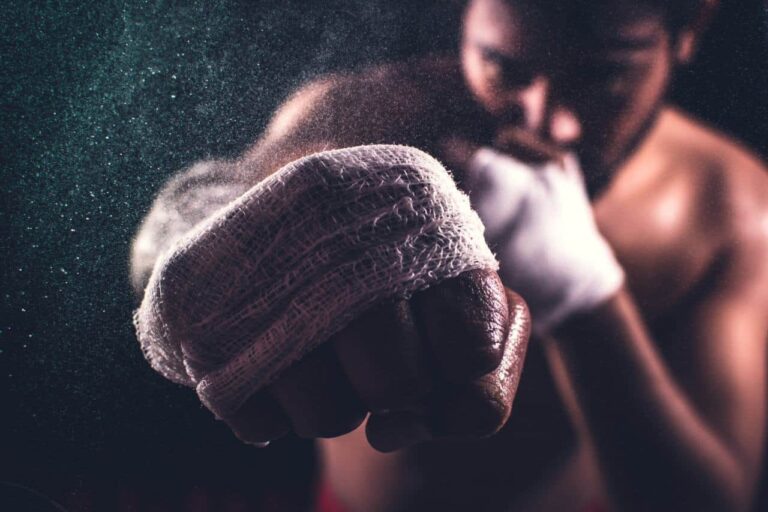