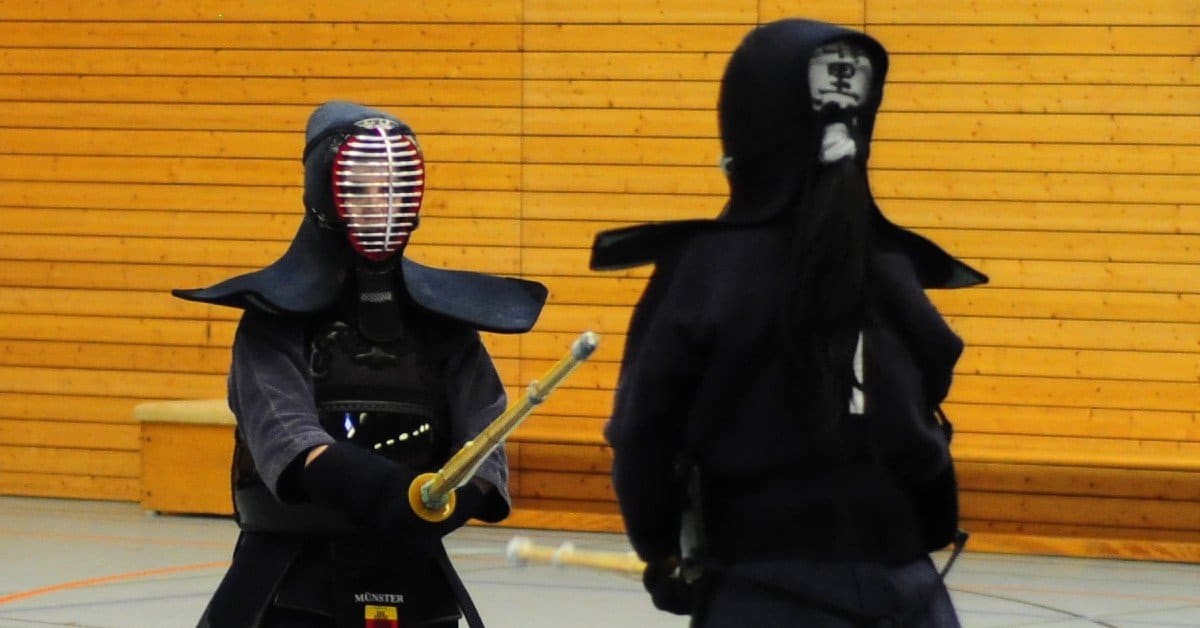 One of the weapons used is a bō staff.

A bō is a staff used in some traditional martial arts and I am going to present to you everything you need to know about it.

Contents hide
Bo Staff Name
What Are Bo Staffs Made of?
Types of Bo Staff
History of the Bo Staff
The Bo Staff in Martial Arts
What Is a Difference Between a Bo and a Jo Staff?
Can a Bo Staff Kill?
Are Bo Staffs Legal?
How Heavy Is a Bo Staff?
How Thick Should a Bo Staff Be?
What Is the Best Bo Staff?

Before starting off with the practicalities, I have to say something about the name of this staff.

Namely, the staff is simply called a bō (Japanese: 棒), which – in Japanese – literally means “staff”.

So, the only correct term for this staff would be a simple bō, because saying a bō staff – a phrase commonly used and present around the web – would be like saying “staff staff”, which is incorrect.

Some other names for the bō are joon bong (Korean), bang (Mandarin) and kun (Okinawan).

What Are Bo Staffs Made of?

The bō is, simply put, a staff weapon used on the island of Okinawa, the place of origin of a lot of modern martial arts.

Okinawan martial arts, although still practiced in modern times as separate disciplines, are best known as the forerunners of some modern martial arts like karate.

A bō is usually around 1.8 meters long. It is made of wood. Some commonly used materials are oak (red or white), bamboo, pine, and rattan.

A traditional 1.8-meter bō is usually called a rokushakubō, which is actually a very interesting portmanteau.

The word roku means six in Japanese, while the word shaku is actually a Japanese unit of measurement (a Japanese foot), which would mean that the phrase literally means – “six-foot staff”.

And since six feet are roughly 1.8 meters, it becomes clear why a traditional bō is called as it is called. The usual thickness is around 3 cm.

There are several different types of bō, although the differences are mostly based on the design and some specific elements of the staff itself.

Most modern staffs lost this difference with time, meaning that the types have mostly become obsolete, but I am still going to list them for you.

The main distinction is made based on the shape of the staff itself, so you have:

Modern bō tend to be round or circular (the other types are more or less obsolete) and thicker in the center than in the ends of the staff.

Some modern iterations are also very light, have metallic and stylistic additions as they are often used in a variety of demonstrations, which is why they have been adapted to modern standards.

The reason for this is that the bō is a traditional weapon and it was necessary to modernize it for newer audiences.

History of the Bo Staff

The earliest form of the bō has been present in Asia ever since the beginning of recorded history, which is – as you can imagine – quite long, but it shows just how longstanding the tradition is.

These original staffs were actually very hard to craft and were often unreliable; they were also extremely heavy and impractical.

The konsaibō, one early version of the staff, was a very distant variant of the kanabō. They were made from wood and studded with iron.

These were still too impractical for actual combat, so they were later replaced by unmodified hardwood staffs, basically “branches” which were more practical than the hand-crafted weapons.

They were initially used by monks and commoners for self-defense, which turned them into an integral part of the Tenshin Shōden Katori Shintō-ryū, one of the oldest surviving styles of bōjutsu, the main martial art using the staff.

The staff evolved into the bō with the foundation of kobudo, a special martial art that used weapons, which emerged in Okinawa in the early 17th century.

Before you fully understand how and why the bō became the symbol it is today, we need to go through a little of Okinawan history.

Namely, prior to the 15th century, the Japanese island of Okinawa (today most famous as the location of the famed World War II battle), was divided into three kingdoms: Chuzan, Hokuzan, and Nanzan.

After much political unbalance, Okinawa was finally united under the Sho Dynasty back in 1429. Sometime later, in 1477, Emperor Sho Shin ascended to the throne.

He was determined to enforce his philosophical and ethical ideas and he decided to ban not only feudalism (which was a revolutionary move), but also all weapons on the island.

It became a crime to carry or own weapons such as swords; the main reason behind this decision was to decrease the risk of further political turmoil and/or uprisings.

However, in 1609, the temporary peace established by Emperor Sho Shin was violently overthrown when the powerful Shimazu clan of Satsuma invaded and conquered the island of Okinawa.

In an attempt to protect themselves, the people of Okinawa turned to simple farming utensils for defense, aware that the samurai would not confiscate them as they were not direct breaches of the ban.

This use of weapons developed into kobudo, or “ancient martial way” as it is known today.

Although the bō is now used as a weapon, its use is believed by some to have evolved from the long stick (tenbin), which was actually used to balance buckets or baskets while carrying them.

Typically, one would carry baskets of harvested crops or buckets of water or fish, etc., one at each end of the tenbin, that is balanced across the middle of the back at the shoulder blades.

In poorer agrarian communities, the tenbin still remains a traditional farm work utensil and can still be seen today.

In styles such as Yamanni-ryū or Kenshin-ryū, many of the strikes are the same as those used for yari (“spear”) or naginata (“glaive”).

The Bo Staff in Martial Arts

As far as martial arts go, the bō is not overly popular, if only numbers are concerned.

It is important in a certain number of Okinawan martial arts (and styles), but there is one specific martial art that is based on using the bō and it is called bōjutsu.

The basic element of this martial art is the hand technique which utilizes a lot of thrusting, swinging, and striking techniques with the bō.

The staff is – if you were wondering – a very dangerous and potentially lethal weapon, especially if you have a harder and heavier iteration, which can deal serious damage to your opponent.

Yet, bōjutsu considers the bō to be a mere extension of the fighters’ limbs, which is why it’s so focused on hand techniques, more than on the staff itself.

In bōjutsu, the bō is typically gripped in thirds, and when held horizontally in front, the right palm is facing away from the body and the left hand is facing the body, enabling the staff to rotate.

The power is generated by the back hand pulling the staff, while the front hand is used for guidance. Bō technique includes a wide variety of blocks, strikes, sweeps, and entrapments.

What Is a Difference Between a Bo and a Jo Staff?

The main difference between a bō and a jō staff is in the length.

On the other hand, jō staff is between 50 and 56 inches long.

Also, if you would like to know more, here is the article I wrote about jō staff in particular.

Can a Bo Staff Kill?

Bo staffs are extremely dangerous. They are usually thicker than regular billiard sticks, so a direct hit to the head can easily kill someone.

If you just want to train with the bō staff at home, you are fine. But, carrying a bō staff around is illegal.

How Heavy Is a Bo Staff?

How Thick Should a Bo Staff Be?

The bō staff is usually 1.25 inches (3 cm) thick. Sometimes, it is gradually tapering from the middle to the end where it can be 0.75 inches (2 cm) thick.

What Is the Best Bo Staff?

If you are interested in buying a bō staff for yourself, Foam Padded Training Bo Staff is the one I recommend.

The functionality is flawless, and the price is really more than fine.