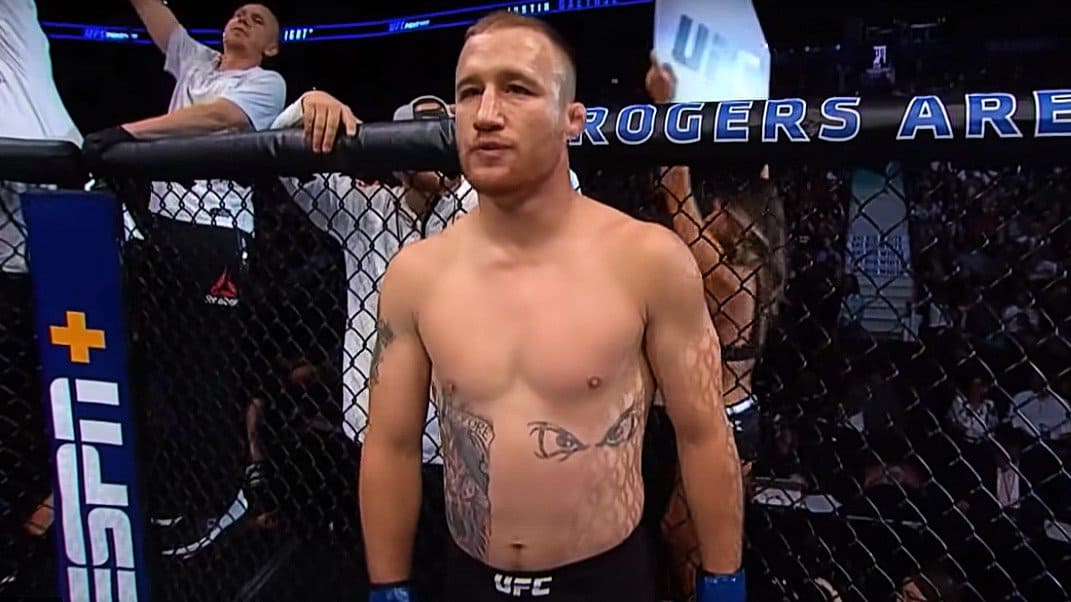 Interim UFC lightweight champion Justin Gaethje is currently enjoying a big win over Tony Ferguson and is waiting for the outcome of the situation after which he would find out when he will fight Khabib Nurmagomedov.

Although he is not currently in the running to attack for the UFC lightweight title and his next fight is likely to be a kind of ‘super-fight’, it is difficult to avoid the topic of Conor McGregor in a conversation with some fighter from the top of the category. Especially if he is at the same time the temporary champion of the same and a fighter who is waiting for the date when he will be tested against Khabib Nurmagomedov.

This is, of course, Justin Gaethje, who is patiently waiting for the outcome of the situation with the pandemic, but also with the health condition of Khabib’s father. Although it is not known when the champion could be ready, so the option that Gaethje is fighting maybe even against McGregor in the meantime automatically arises, but he is not interested.

“I want to beat Conor and silence him. I could fight him at the moment, but that’s not an option for me. Many will say I’m lying and would change the fight against Khabib at the moment to fight McGregor. Daniel Cormier said that a few days ago but I’m not that kind of fighter. I have a chance to do something that hasn’t been seen in this sport before. In circumstances like this, beating Tony, then beating Khabib and finally Conor, that would be legendary,” Gaethje said on a podcast by Joe Rogan.

He thinks there is no point in deviating from his path, especially after everything he has achieved has actually been achieved in some natural way, without some favors or skipping tests to attack the title. Now he has everything in his hands and a very good plan.

“I’m in a great position because I’m fighting for the title. There are 500 fighters on the roster who would like to be in my position at the moment. Besides, I have the ability to show everyone how you can get to this the right way. I was afraid that I will be skipped, I was afraid that Conor would come to the title fight one way or another. And now I have shown that it will not be so, I have not allowed politics to beat me I have shown that it is possible to build my own path and position. “It all happened to me at the right time and I believe it was also part of my destiny. Now I still need to beat Khabib and Conor, is there a better story in the history of this sport than that,” he explained.

And he has a very good plan from the financial point of view. He explained why the series in which he would go to Khabib first actually brings a lot more. True, there is a greater risk, but Gaethje has never run away from it.

“A smart business decision would be to fight Conor because it brings a lot of money. But I will make even more money when I beat Khabib and later then Conor. If Conor is not there, then I want Poirier. Conor is not on my list, Khabib and Poirier are. I’m going to do those two fights, make a lot of money and then I’m in a great position.”

The win over Ferguson was Gaethje’s fourth in a row, and especially interesting in his case is the fact that in his seven UFC appearances so far he has taken as many as nine bonuses for the best fight or the best performance of the evening.