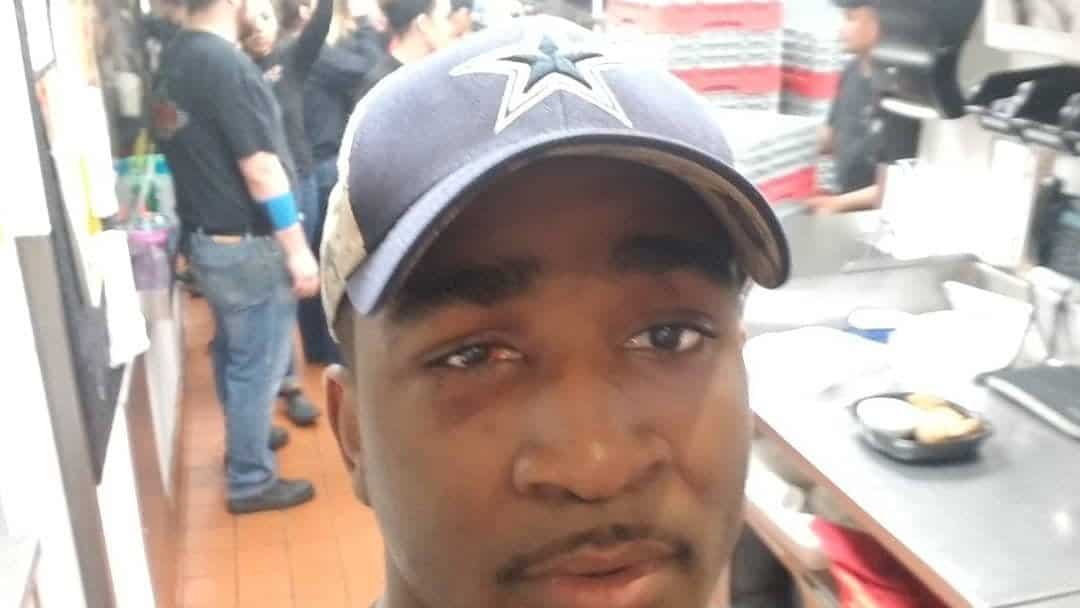 When you’re not popular, but you’re pretty dangerous, then finding an opponent can be a real nightmare.

There are a series of UFC shows, many fighters are in full swing again, almost every day contracts are signed and new matches are arranged, but one TOP 15 fighter does not fit into that story at all. His name is Geoff Neal (12-2), otherwise the 11th challenger in the welterweight category who is in the famous MMA promotion with a perfect 5-0.

We haven’t seen Neal in action since he knocked out Mike Perry last December, and the lack of matches has worsened his bank account balance so he’s been forced to go back to his old job. Namely, today Neal is a waiter in a Texas Steakhouse restaurant…

“I’m 11th on the challenger ranking, so I’m not in the TOP 10. I’m not a big name yet, so no opponent I’m looking for wants to accept a match with me. Clearly, I’m at great risk for such people. I’m someone who knocks people out and as such I’m very dangerous for their status. So it’s clear to me why they don’t want to fight me, but it’s still a big piece of sh*t. I need money, and I’m doomed to wait.”

Neal knows exactly among which fighters he is looking for his next partner to dance, but the feedback from the UFC never comes…

“I’m trying to get to a fight with Michael Chies and Santiago Ponzinibbi. I don’t know all the details, whether they were offered a contract or not, but they know I called them out, but they never dignified to answer.”

The frustrated fighter was forced to find other sources of income due to the situation, so he returned to the serving job which he was doing up until he earned a $50,000 bonus for his TKO victory over Niko Price. It happened last summer at the UFC 240 event.

“I started doing that job again even before the coronavirus came along. Why? Because I predicted I would wait until the next fight. So today I’m a waiter again at a Texas Steakhouse restaurant,” the 29-year-old American reveals.

Let’s also mention that Neal is currently on one impressive streak of seven wins (5-0 UFC), and under the auspices of the UFC he ended as many as four games with a stoppage.