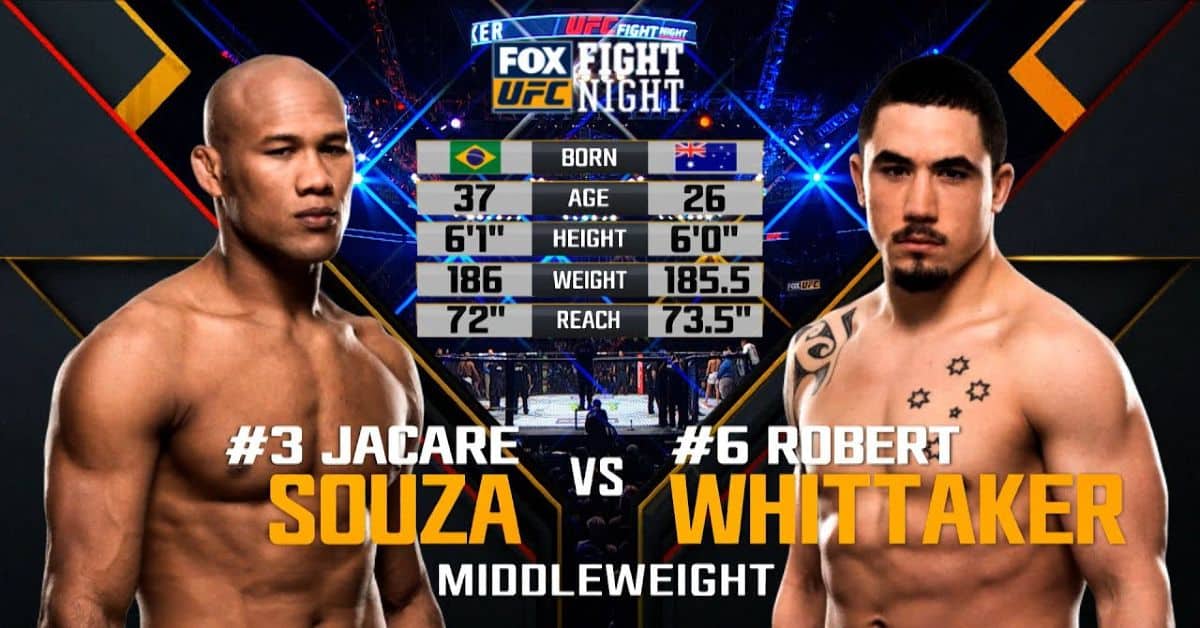 Robert Whittaker is back in action for the first time this weekend after losing the title and a fight with Israel Adesanya.

The great Australian fighter will be greeted on that occasion in the Octagon by the always dangerous Darren Till, and in order to better announce this match from the UFC, they decided to honor us with Robert’s great victory over Ronaldo Souza (UFC on FOX 24).

Recall, Whittaker stopped Jacare in April 2017 in a bout through which he won the opportunity for the title.

The duel with the Brazilian legend can, therefore, be called without hesitation one of the most important in his career, and this victory is one of the biggest he has had since he started with MMA professionally in 2009.

The fight that took place in Kansas City and the performances worth the UFC bonus, you can see below the article.