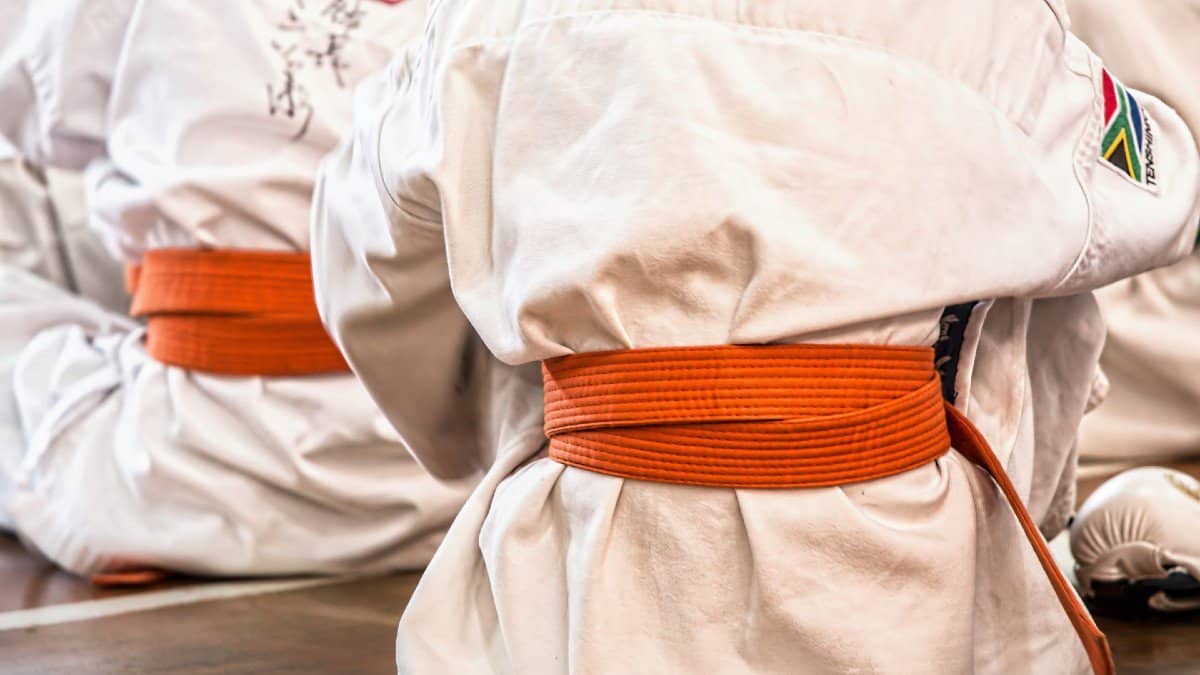 If you have only started your martial arts way, then you may heard about Gi, but you don’t know what it is. Don’t worry, because in this article we will tell you everything you need to know about Gi, and which one is the best suited for you.

Gi is a uniform for training in Japanese martial arts and their derivatives.

So let us tell you everythin you need to know about Gi.

Contents hide
What is Gi in martial arts?
Which martial arts use Gi?
What materials are Gi made of?
Where are the GI’s made?
Why do Martial Artists Wear a Gi?
Does the color of your Gi matter?
What do you wear under a karate gi?
Tips for maintaining your Gi

What is Gi in martial arts?

In the world of martial arts, GI refers to the uniform donned by the students during the training sessions. It is alternatively known as a practice dress.

The full term for GI is “Keikogi” which is generally shortened and pronounced as a gi (Keiko means practice, gi means dress or clothes).

The top part of the keikogi is called the uwagi (means “upper”). The pants of the keikogi are called shitabaki, which literally means underpants (or zubon, which means pants or trousers).

There are four different types of gi worn by the martial arts students, they include, single weave, double weave, gold weave, and platinum weave. The difference between these is of the material used and the thickness of the material.

In modern times, white, black, blue, and indigo are the most common colors of keikogi. In competitive judo, one contestant wears a white uniform and his or her opponent wears a blue one. However, traditionally, the keikogi was white.

As per the experts, the main aim of wearing a gi is to help you in perfecting your technique. While wearing a gi, you learn about a number of techniques to escape submission holds and position.

A gi provides you enough clothing and helps you in using your full range of motion and simultaneously saves you from splitting or tattering. It is designed in a way that it is capable of withstanding vigorous martial arts training.

Which martial arts use Gi?

Martial arts that commonly use keikogi include:

Keiko can also be replaced by dō which refers to the way, meaning both the martial art and the lifestyle of the martial artist. In this, it is similar to the term for Korean martial arts uniforms, dobok.

What materials are Gi made of?

Usually, a single weave is made of a lighter material, and it is cooler for use in the summer. For single weave, we would suggest Sanabul Essentials V.2 Ultra Light, which you can check out on Amazon. It is extremely lightweight, has a perfect fit, and it very durable.

Double weave is made of very thick material, not as cool as other weaves, usually worn in wintertime. For a double weave, we are very pleased with Fuji Double Weave, which you can check on Amazon. It won’t shrink when washing, extremely durable, even do it needs about a week to break in.

Gold weave is in-between a single and double weave thickness was initially required by the International Brazilian Jiu-Jitsu Federation in order to standardize gis for competitions. We tried a few of the best-reviewed gold weave Gi’s and find that we like Hayabusa Goorudo 3 the most. You can check it out on the link to Amazon. It is extremely durable Gi, while still soft and feels great to wear.

There is also a platinum weave, which is lighter than gold weave, cooler for use in the summer, but we don’t use it ourselves.

Where are the GI’s made?

With limited exceptions, almost all GIs across all brands are made in one of the three countries, including Pakistan, Brazil, and China.

Why do Martial Artists Wear a Gi?

There are five main reasons why Martial Artists wear a Gi:

Thus GI must be worn by those who practice martial arts, especially if you are competing, or thinking about competing, in arts that require Gi.

Does the color of your Gi matter?

Usually, there are three colors for a Gi – white, blue, and black (even thou you can buy it online in all sorts of colors).

White Gi is the most traditional uniform color for many martial arts with Japanese roots. In Japanese culture, the color white signifies “purity” or “truth”, which is likely why it was adopted as the color for martial arts training, particularly judo and jiu-jitsu.

When judo competitions became popularized, a blue gi was utilized to distinguish one competitor from another, and this was subsequently adopted by jiu-jitsu.

Today, white and blue are the only colors available for judo Gis (which sales are regulated by the International Judo Federation (IJF), and that limits Judo Gis to those two colors).

The International Brazilian Jiu-Jitsu Federation (IBJJF), the largest worldwide jiu-jitsu organization, allows for black Gis as well, which is great for those who like to be modern on a training. However, for the major events, like the IBJJF World Championships, competitors can only wear white or blue Gi.

But, the Jiu-jitsu community is mostly flexible, so, depending on a gym you are training, you can see all sorts of Gi colors on people. There are some strict gyms, in those you can mostly only use white ones.

If you have a choice, don’t forget, white color is much easier to get dirty, and much harder to maintain clean, so, if you can, maybe it wouldn’t be a bad idea to go for a colored Gi.

What do you wear under a karate gi?

Even thou this is a strict rule in some strict gyms or in competitions if you are in a flexible community, and wearing some other Gi color then white, then you don’t even have to think about it, wear whatever you like.

But, be aware, some Gi’s, mostly white, can be very thin and transparent, so take a look at yourself in a mirror at home, before trying it in training.

Tips for maintaining your Gi