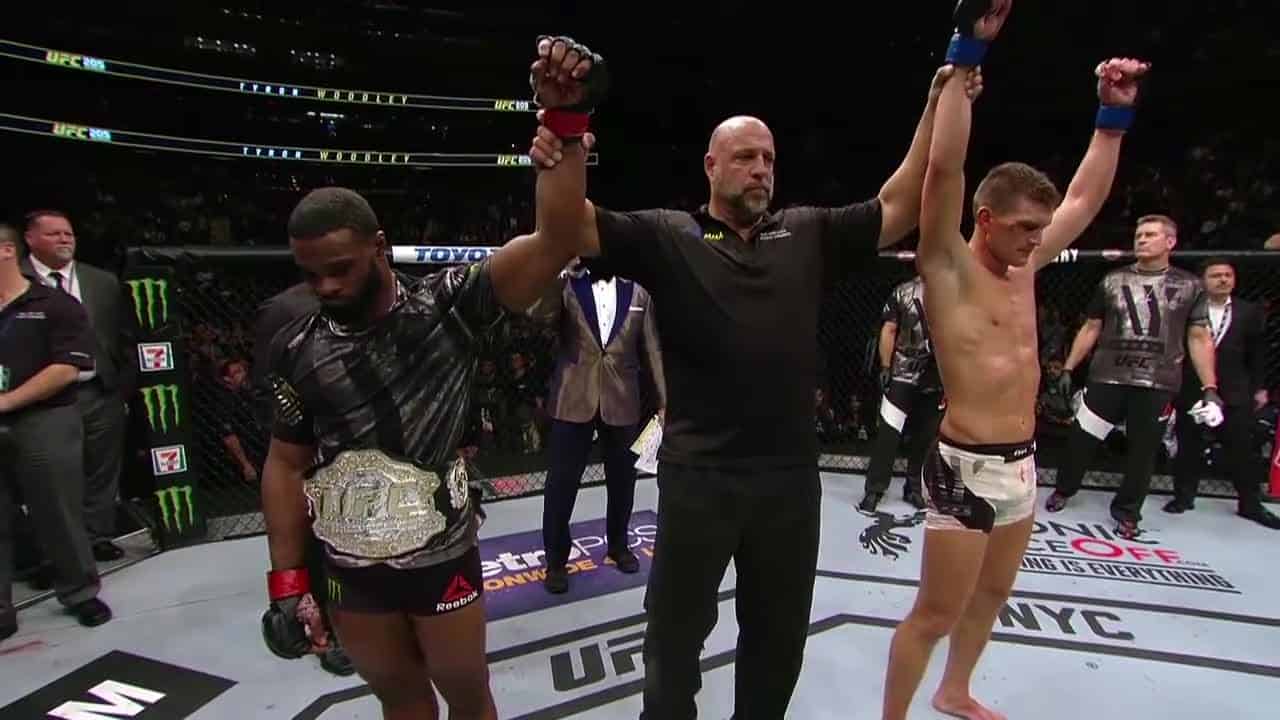 The UFC is the pinnacle of MMA globally, with the best fighters competing against each other to be crowned the best in the world.

We’ve seen some spectacular fights, but if you aren’t a fighter yourself (or you’re just a casual fan), you might not understand all the results and possible outcomes. For instance, what is the majority draw in the UFC?

Although these kinds of results rarely happen, they most commonly happen in spectacular back-and-forth battles or dull snooze-fests that are too hard to judge.

Let’s look at some possible outcomes that happen now and then, even at the highest level, the UFC.

Contents hide
What Does the Majority Draw Mean in the UFC?
Split Draw in UFC: What It Is?
Unanimous Draw UFC: What Is It?
List of UFC Draws
2021

What Does the Majority Draw Mean in the UFC?

From the beginning of the UFC until 2016, 15 fights ended a draw. From 2016 to 2021, there have been over twenty due to the change of rules and unifying the sport. One occurrence that happens ever so often is the majority draw. So, what does it mean?

Every UFC fight is rated by a panel of three judges. When two judges score the fight as a draw, and only one judge scores a victory for either fighter, the bout is declared a majority draw.

Is There a Winner in a Majority Draw?

Although one judge chooses a winner, the two who scored the bout as a draw is in a 2:1 majority. Therefore, there is no winner, just like in any other draw-fight scenario.

One of the last spectacular majority draws we witnessed was the battle between Deiveson Figueiredo and Brandon Moreno in December 2020. In a spectacular back-and-forth battle, Figueiredo retained the title after the judge’s scorecards were 47-47, 47-47, and 46-47 for Moreno. [1]

The Mexican challenger got the belt a few months later in a rematch, though. Another cool title fight majority draw example was the Tyron Woodley vs. Stephen Thompson fight at UFC 205, where two judges gave it a draw, and one scored 48-47 Woodley. [2]

Split Draw in UFC: What It Is?

The result only happens in incredibly close fights, where the numbers are nearly identical, so it all depends on what the judge credits more in his scoring.

Just recently, in May 2021, we’ve seen a split draw take place inside the UFC octagon. It was a phenomenal fight between Ion Cutelaba and Dustin Jacoby on UFC Vegas 25, and the fight was so intense and such a slug-fest, it really could’ve gone either way. [3]

The judges have had three different scorecards for the same fight, making one of the rarest results in UFC history and an instant split-draw classic between two nasty warriors.

Unanimous Draw UFC: What Is It?

Finally, we came to the last type of possible draw outcome in combat sports, including the UFC, which is the unanimous draw. All the judges have to share the same opinion for this scenario to happen, and all three of them have to score the bout a draw. The odds of that happening are tiny, but it happened just recently, too.

The last unanimous draw in the UFC (and first in quite some time) happened in a fight between Chris Gutierrez and Cody Durden in August 2020. Both guys gave it their all, with Gutierrez seeking his fourth victory in a row, while Durden wanted a W in his first career UFC fight. [4]

Neither disappointed, but neither came out on top either, as all three judges rated the fight to be a unanimous draw, going 28-28 on all three scorecards. Interestingly, it was the first unanimous draw in UFC history without any points being deducted from any fighter.

The scenario happened before, but there was always a deduction causing a would-be unanimous winner to get only a draw because of a deducted point during the match.

As time went by and MMA evolved as a sport, more and more fights were declared draws (rightfully, more often than not). Without further ado, here’s a list of all the UFC draws since 2003: