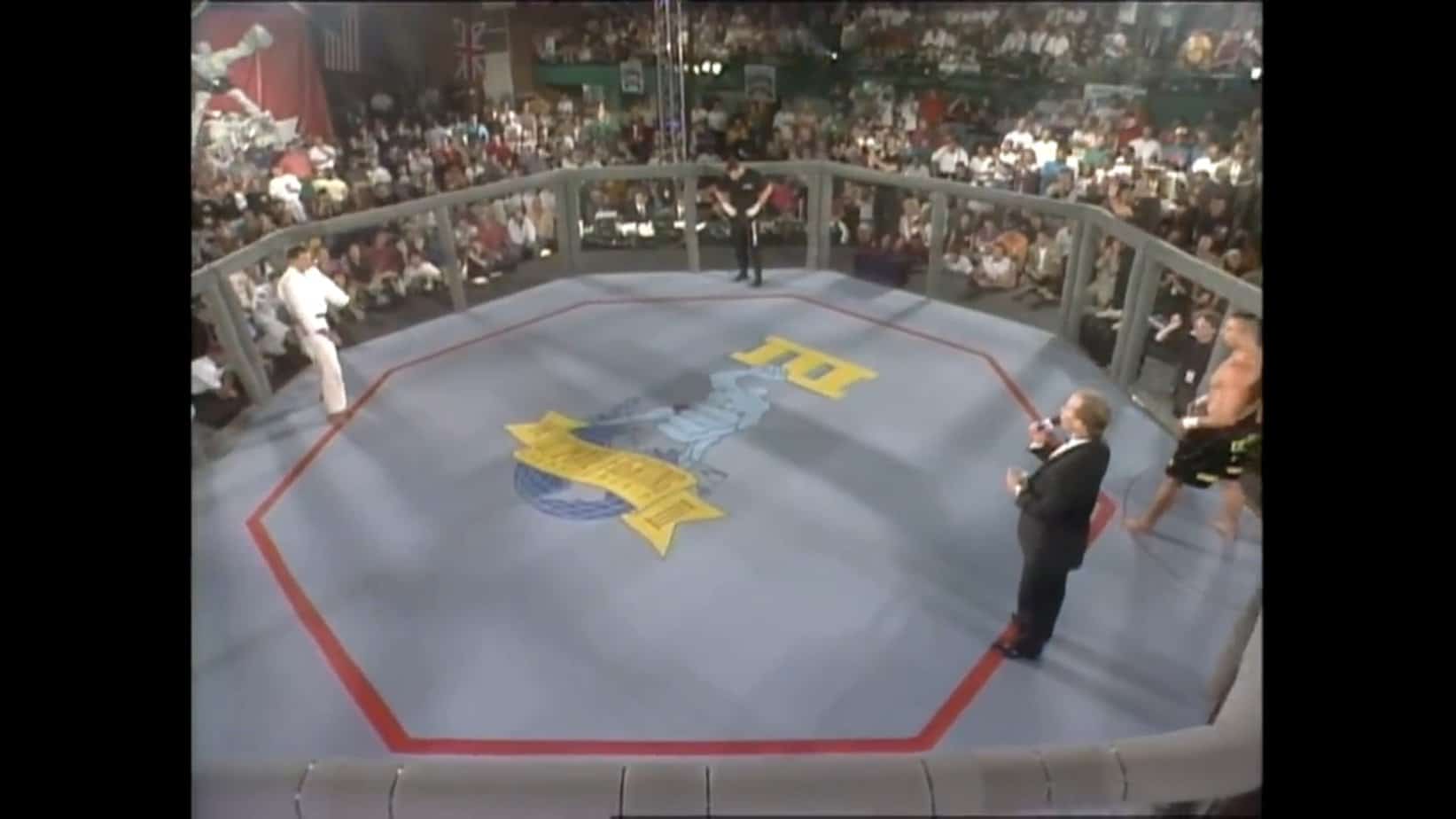 MMA is, today, a global phenomenon with a very large fanbase, but it wasn’t always like that. Not only has MMA’s popularity increased in recent years, but the sport is also self is relatively new; the term “mixed martial arts” was first used in 1993 by television critic Howard Rosenberg, who coined it in his review of the UFC 1 event, the first UFC event in history.

Mixed martial arts date all the way back to Ancient Greece. It originated from the sport called pankration. In the beginnings, there were no rules except no biting, no strikes to groins, and no eye-gouging.

So, there you have it – mixed martial arts in the modern sense of the word haven’t been around for more than 30 years, but is it possible that the idea is really that new? Of course not.

Mixed martial arts have been around since Classical Antiquity and I am going to use today’s article to bring you a brief historical overview of the development of modern MMA so that you may know how the sport you love so much actually came to be.

In Ancient Greece, such an example can be found in the art of pankration, a very specific martial art that combined boxing – which was very popular in Ancient Greece – and wrestling – which probably originated in Mesopotamia or Ancient Egypt.

Pankration was extremely popular (even the most popular sport, according to some historian) in Ancient Greece and there is vague evidence that similar mixed combat sports were practiced in Ancient Japan, Egypt and India.

Although mixed combat sports originated in Antiquity, it wasn’t until the mid-19th century that these sports resurfaced and started gaining popularity.

Despite the 19th century being a crucial period for the development of modern forms of many individual martial arts and combat sports, many fighters wanted to combine multiple styles and techniques and challenge the traditional systems that were in development in that period.

This resulted in the creation of a large number of mixed combat sports in that period, most of which have either faded away or have been incorporated into other, modern mixed combat styles and sports.

One of the first examples of such sports was the French combat sport called savate, which was established around the 1850s. The savateurs wanted to combine multiple martial arts and combat sports into one discipline, using it to challenge the traditionalist views of individual sports.

A tournament between French savateurs and English bare-knuckle boxers was held in 1852 and although the savateurs won the first fight thanks to the use of kicks, they ultimately lost the remaining four.

Catch wrestling appeared in the late 19th century and was popular for a while. This sport greatly influenced modern MMA, but was, itself, a blend of several very different wrestling styles from around the world.

It was the first known combat sport to combine European and Asian influences and is today best known as the martial art practiced by the famous fictional detective, Sherlock Holmes, although the author of the stories, Sir Arthur Conan Doyle, misspelled it as “baritsu”.

During the 1920s, a martial art/combat sport called sambo appeared in the Soviet Union, combining elements of wrestling, judo, and striking.

All of these mixed combat sports are today, known by the umbrella term hybrid martial arts. They are distinct from modern MMA in such that they tried to blend different sports and arts into one, unique system, while MMA is a combination of individual styles, but has no individual specifics besides the fact that it combines several martial arts in one fight.

The mid-20th century brought another phenomenon that is today considered to have been a direct influence on modern MMA – mixed fights. Although there were examples dating back to the late 19th century, it was not until the 1950s that fights and bouts where fighters from one sport or martial art fought fighters from other disciplines.

Such events matched boxers, karateka and judoka up against jiujitsu practitioners and wrestlers; one such fight was the iconic match between Muhammad Ali, the boxing legend, and Antonio Inoki, a wrestling legend, held in Japan in 1976.

The fight was ultimately declared a draw after a 15-round stalemate during which neither fighter wanted to change his style and use his opponent’s style.

A large contribution to the development of modern MMA was made during the late 60s and early 70s, when legendary martial artist Bruce Lee developed his system known as Jeet Kune Do.

It was a very specific style of kung fu that incorporated a large number of different styles and techniques, which is why it can be considered the first MMA style in history.

This view is shared by UFC’s president, Dana White, who dubbed Lee the “father of mixed martial arts” in an interview back in 2004.

Despite a large number of historical influences, modern MMA is considered to stem from Brazilian jiujitsu and vale tudo; the latter is yet another full-contact hybrid combat sport that originated in Brazil. Vale tudo events date back from the 1920s.

MMA events continued to develop as decades passed until 1993, when the first official global MMA event – the UFC 1 – was held in Denver, Colorado. This is the official “birth year” of MMA and one of the most important events in the evolution of mixed and hybrid combat sports.

UFC 1 was televised and it was in a review by critic Howard Rosenberg that the term “mixed martial arts” appeared for the first time. [1]

And the rest is history. During less than 30 years, MMA evolved from a marginal television event to a global phenomenon in which large amounts of money are invested. The popularity of MMA continues to increase and the sport has yet to reach its peak.

How far it can go is pretty difficult to tell, but I can safely presume that MMA will continue to grow in the following years as more people get attached to the spectacular fights and events.

That covers our article for today. The history of MMA is vast and dates back to Antiquity, but I have managed to compress millennia in several paragraphs for your pleasure and curiosity. I hope you’ve enjoyed the read!