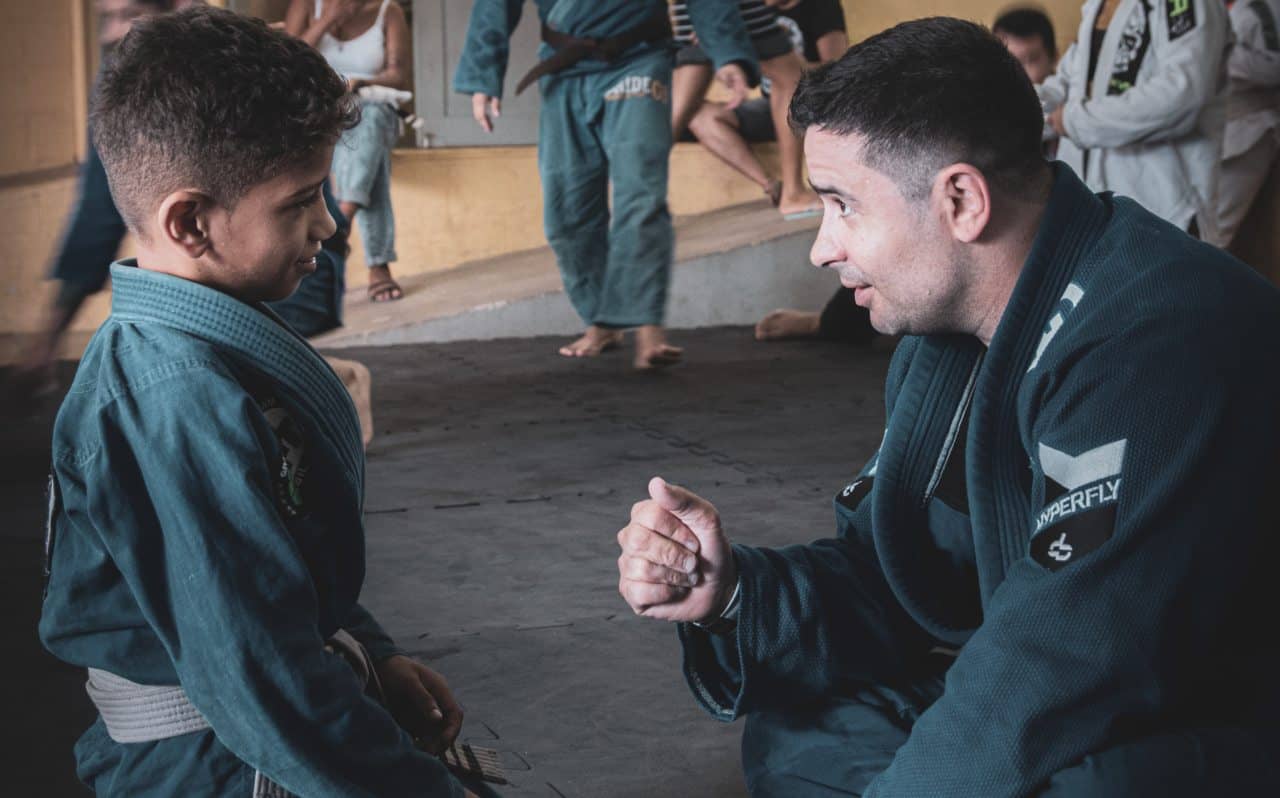 If your child is pointing a finger at the TV screen, while watching a Karate Kid or maybe a movie starring Bruce Lee, maybe it’s time to enroll him in some of the martial arts acceptable to his age.

When we are familiar with the fact that toddlers are children that range from 1 year to 3 years of age, they are recommended non-contact martial arts such as Taekwondo, Karate, Jiu-Jitsu, or Aikido.

We are going to show you why these martial arts are good for your little kids and what benefits can they achieve from it. Not all children are the same, but every parent knows what’s the best for their child and will do anything for his or her well-being.

Are Martial Arts Good for Toddlers?

According to a scientific article by the US National Library of Medicine, The National Institutes of Health, the ability to think of itself as an object of perception develops during the first few years of life. At the age of 15 to 18 months, children begin to coordinate their own facial and body movements with their reflection in the mirror. Such an early awareness of the existence of one’s own body is the basis that will continue to develop in the preschool years and further.

Therefore, as children become aware of their bodies and their movements at an early age, there are no barriers to early engagement in martial arts. We have selected 4 main martial arts, suitable for your little ones:

At the top of the list of martial arts, parents will most often put Taekwondo and will not go wrong. This sport will help your child improve flexibility, muscle strength and balance, and especially control over their body.

In some countries, this sport is placed as a compulsory subject in schools, in addition to physical education due to the many benefits for children who attend it regularly.

If your child has too much energy and you are seeking for a way to channel it, enroll him or her in Karate lessons.

The true purpose of Karate is self-defense not purely fighting or aggression. Your child will learn the basics of how to protect him or herself or simply defend a friend. This is a valuable skill throughout life, which ensures your child how to react if and when they are put in danger.

Also, Karate helps in developing leadership skills and increases confidence. Two invaluable qualities for life, you will agree. And the white belt is just a beginning.

This is one of the most fun sport for children. Ground as the exercising basis is familiar to children from the very beginning. Babies use it for crawling, rolling over, and taking their first steps. But they can do more, practicing ground-based techniques, without takedowns that can cause injuries.

In addition to being a very fun skill, it helps children increase discipline and attention due to a very detailed technique for performing each movement. What is important for a child is to gain self-confidence, to learn to defend himself, without necessarily hitting his opponent.

A child who learns the techniques of this skill and who is confident in himself, will one day be able to defend himself and apply the knowledge acquired on the tatami.

This Japanese martial art promotes nonviolence and security, self-awareness, and self-confidence, which are the highest life priorities. Through exercise, the child learns how to better treat family, friends, animals, and the surrounding nature.

Aikido teaches how to protect yourself and others without hurting anyone.

These exercises don’t require special physical fitness at first, so Aikido is intended for almost everyone, regardless of age and gender.

By practicing aikido, children will learn what it means to make the right decision, be brave, empathize with others, be kind, honest, honorable, and loyal. This represents the essential principles of aikido philosophy called Bushido (once as a samurai code).

Up mentioned martial arts could be acceptable for kids at the age of 3, not earlier. In those programs, children learn coordination and discover their bodies. But, at this age, there’s no place for hard training yet.

The decision depends on how fast the child develops, some grow faster, while others do it more slowly.

Before engaging in martial arts, the child should meet some basic preconditions like distinguishing left from the right side or keeping attention during training, for example about 45 min. Social skills are more than welcome in such situations and will be developed over time. Understanding the instructor is also of great importance.

If you maybe have older kids, be sure to check out our recommendations for the best martial arts for kids.

Are Martial Arts Safe for Toddlers?

If you focus exclusively on media like movies or TV, you will get a picture of martial arts that are unsafe for children because they promote violence.

Have no fear, this is created for an audience that enjoys it, and is done by professionals who are familiar with ways to protect themselves and with all possible risks. This is not a scenario you will see your child in!

Martial arts improve the general condition of the body, motor skills, and emotional development, but also carry with them the risk of injury. In that sense, what you should have for your child is to choose a contactless sport.

Specifically, if we are talking about Aikido, the child will learn the basic skills of movement and ukemi, which means learn how to fall without an injury.

Ukemi consists of tumbling, rolling, and breakfalling in a series of different scenarios, in which children will primarily overcome the fear of falling.

Speaking about Karate, significant studies have shown this martial art has the lowest incidence of injury than many other styles of non-contact martial arts.

If you are still not convinced, most research finds Jiu-jitsu to be one of the safest sports for young children. It’s a martial art where they will learn new skills, improve their coordination, and at the same time have fun.

However, injuries are possible in any sport, but in this case, they are minimal because they do not involve mutual punches and kicks. Many respectable schools and teachers will teach your child the necessary skills, paying particular attention to their safety. It is up to you to choose the right one.

Martial arts training is focused on a child’s personal development. Respect, perseverance, hard work, and self-control are qualities that a child will gain by adopting these skills and applying them to his or her life.

Whether children are shy or hyperactive, these skills will allow them to build their character and create a peaceful place within to balance their emotions from their early days.

Play is certainly the most important activity for releasing accumulated energy in the preschool period. Different games develop motor skills, muscles, intellectual functions, and improve social behavior. Children’s natural needs to move should be satisfied, but it is necessary to manage them through planned physical exercise, and it is important to respect the ways of the sensitive phases of their growth and development.

Hope we have at least partially helped you decide whether to enroll your toddler in one of the martial arts. It’s not all in the punches and kicks, it’s the way of life, so we’ll end with a quote from one of the greatest, Bruce Lee:

Behind the punches, kicks, and knees, a true martial artist learns to sit with himself and see where his weaknesses are.