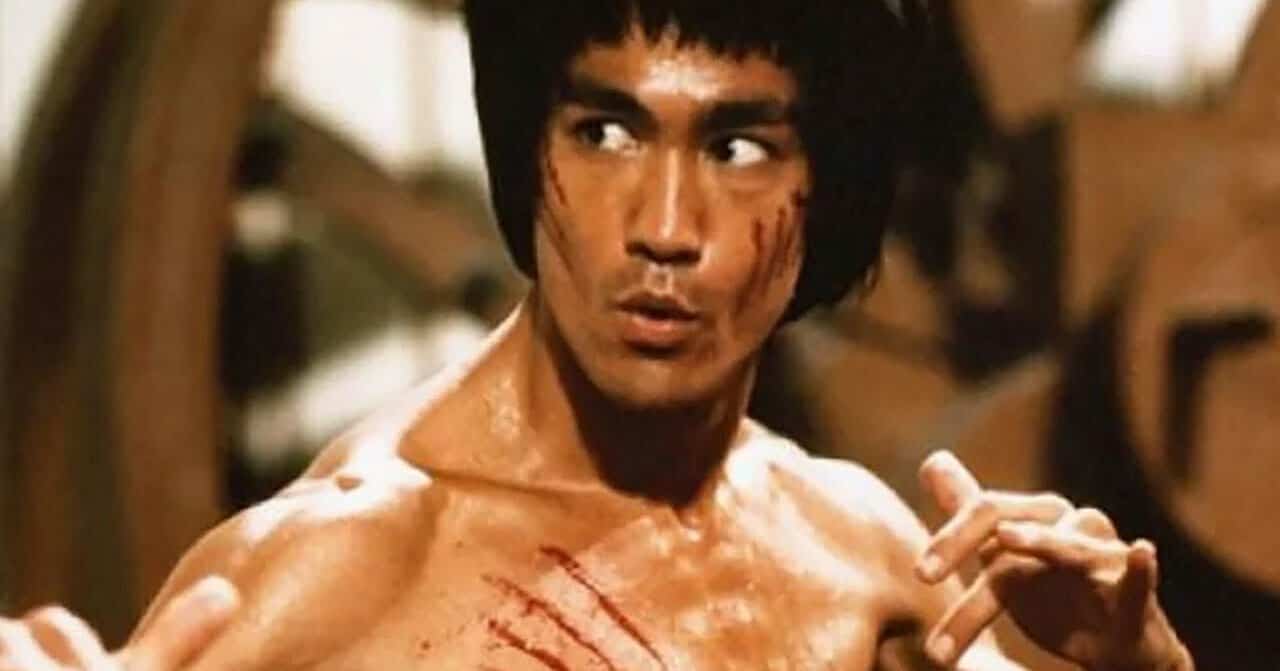 Martial arts films are a famous subgenre of modern action films that rely heavily on the philosophies of different martial arts.

They’re really popular in Asian cinematography, with the Chinese market having a big impact on martial arts films in the world. [1]

But along with them, America’s Hollywood also has its fair share of martial arts films, and a lot of these movies made stars out of certain actors and actresses.

In this article, I am going to bring you a list of the most famous martial artists in Hollywood so enjoy the list and check out these great fighters, who were lucky enough to be exactly that, because their acting skills are… poor (at best)!

The list is ordered alphabetically, not by the popularity rank.

He is known in the cinematic world for his acrobatic fighting style, comic timing, use of improvised weapons, and innovative stunts, which he typically performs himself.

He has trained in Wushu or Kung Fu and Hapkido and has been acting since the 1960s, appearing in over 150 films.

Chan is one of the most recognizable and influential cinematic personalities in the world, gaining a widespread following in both the Eastern and Western hemispheres, and has received stars on the Hong Kong Avenue of Stars and the Hollywood Walk of Fame.

He has been referenced in various pop songs, cartoons, and video games.

He is an operatically trained vocalist and is also a Cantopop and Mandopop star, having released a number of albums and sung many of the theme songs for the films in which he has starred.

He is also a globally known philanthropist and has been named as one of the top 10 most charitable celebrities by Forbes magazine.

While his father was a major leading man in martial arts films, Brandon would visit his father’s sets, which inspired him to become an actor.

Lee was 8 years old when his father died, becoming an iconic figure of both martial arts and martial arts films. Lee pursued his goal of being an actor.

Although he wanted to escape his father’s image and become a dramatic actor, he hoped that acting in action films would eventually lead him to other types of roles.

After doing local theatre for a while, Lee made his screen debut opposite David Carradine in the 1986 ABC’s television film Kung Fu: The Movie.

In 1992, he landed his most notable role as Eric Draven in Alex Proyas’s The Crow (1994), based on the comic book of the same name, which would be his final film.

On March 31, 1993, only a few days away from completing the film, Lee was accidentally killed after being shot on the set by a prop gun.

Later, production resumed with the blessing of Lee’s family. With very few scenes to film, The Crow was completed by re-writing the script, using early CGI technology and stunt doubles.

It was generally well reviewed and considered to demonstrate Lee’s dramatic abilities. It was a commercial success and is now considered a cult classic.

Many saw parallels between Lee and his father comparing their careers as action film leading men who died young, prior to the release of their breakthrough film.

He was the founder of Jeet Kune Do, a hybrid martial arts philosophy drawing from different combat disciplines that is often credited with paving the way for modern mixed martial arts (MMA).

Lee is considered by commentators, critics, media, and other martial artists to be the most influential martial artist of all time and a pop culture icon of the 20th century, who bridged the gap between East and West.

The son of Cantonese opera star Lee Hoi-chuen, Lee was born in the Chinatown area of San Francisco, California, to parents from Hong Kong, and was raised with his family in Kowloon, Hong Kong.

He was introduced to the film industry by his father and appeared in several films as a child actor.

Lee moved to the United States at the age of 18 to receive his higher education at the University of Washington in Seattle, and it was during this time that he began teaching martial arts.

He is noted for his roles in five feature-length martial arts films in the early 1970s.

Lee became an iconic figure known throughout the world.

He trained in the art of Wing Chun and later combined his other influences from various sources into the spirit of his personal martial arts philosophy, which he dubbed Jeet Kune Do (The Way of the Intercepting Fist).

He is a naturalized Singaporean citizen.

After retiring from competitive Wushu at age 19, he went on to win great acclaim in China as an actor, making his debut with the film Shaolin Temple (1982).

He went on to star in many critically acclaimed martial arts epic films.

After serving in the United States Air Force, Norris won many martial arts championships and later founded his own discipline, Chun Kuk Do.

Norris is a black belt in Tang Soo Do, Brazilian jiu-jitsu and Judo.

Shortly after, in Hollywood, Norris trained celebrities in martial arts.

Norris went on to appear in a minor role in the spy film The Wrecking Crew (1969). A friend and fellow actor Bruce Lee invited him to play one of the main villains in Way of the Dragon (1972).

While Norris continued acting, friend and student Steve McQueen suggested to him to take it seriously.

Norris took the starring role in the action film Breaker! Breaker! (1977) which turned a profit.

Throughout his film and TV career, Norris diversified from his regular endeavors.

He is a noted writer, having penned books on martial arts, exercise, philosophy, politics, Christianity, western novels, and biography.

Rothrock holds black belt rankings in seven styles of martial arts and was a high-level competitor in martial arts before becoming an actress.

A 7th-dan black belt in aikido, he began his adult life as a martial arts instructor in Japan, becoming the first foreigner to operate an aikido dojo in the country.

He later moved to Los Angeles, California, where he had the same profession.

In 1988, Seagal made his acting debut in Above the Law. By 1991, he had starred in four successful films.

Seagal is a guitarist and has released two studio albums. In addition, Seagal is a known environmentalist, animal rights activist, and supporter of 14th Dalai Lama Tenzin Gyatso.

He is known for his outspoken political views and support of Vladimir Putin, to whom he once referred as “one of the great living world leaders”.

He is one of the first African Americans to portray a major comic book superhero in a major motion picture, having starred as Al Simmons, the protagonist in the 1997 film Spawn.

He also played the title role in the blaxploitation parody film Black Dynamite, as well as the animated series of the same name.

Yen is one of Hong Kong’s top action stars.

One of the most popular film stars in Asia of the early 2000s, Yen is consistently one of the highest-paid actors in Asia.

Yen is credited by many for contributing to the popularisation of Wing Chun in China.

He played Wing Chun grandmaster Ip Man in the 2008 film Ip Man, which was a box office success.

This has led to an increase in the number of people taking up Wing Chun, leading to hundreds of new Wing Chun schools being opened up in mainland China and other parts of Asia.

Michelle Yeoh Choo-Kheng is a Malaysian actress who rose to fame in 1990s Hong Kong action films and is best known internationally for her roles in the James Bond film Tomorrow Never Dies (1997) and martial arts film Crouching Tiger, Hidden Dragon (2000), along with recent international English films and series.

She has appeared in many English, Mandarin and Cantonese language films.

In 2018, she starred in the American romantic comedy-drama film, Crazy Rich Asians.

She has also co-starred in the 2018 film Master Z: The Ip Man Legacy and the 2019 film Last Christmas.

And… we’ve come to the end of the the list!

Also, when it comes to martial arts and Hollywood, check out my list of best martial arts movies of all time.