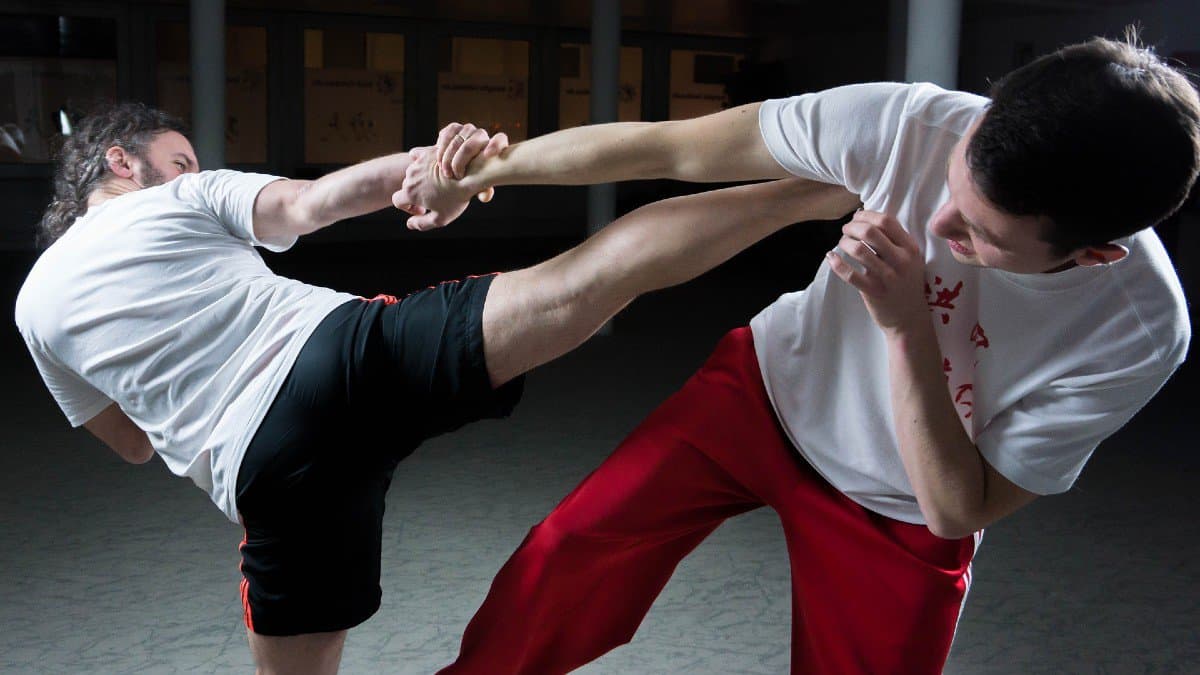 When talking about martial arts, Wing Chun and Taekwondo are the two very popular styles that can never be ignored. But, many people wonder, which one of these, Wing Chun or Taekwondo is better?

Taekwondo is a better martial art to learn, has revolutionized over the years, and is equipped with modern-day defensive and attacking strategies, while Wing Chun is a classic martial art more focused on blocking the opponent attacks with a sound answer.

Let us look into each of them to have a better insight into both of these martial art styles.

What is Wing Chun?

Wing Chun is a Chinese martial art that originated in China about 300 years ago. It mainly concerns self-defense techniques that can be used in close combats. A Wing Chun fighter masters striking methods and other defensive controlling techniques.

A Buddhist nun and the master of Shaolin Kung Fu; Ng Mui, developed Wing Chun techniques to eliminate the major drawbacks of Kung Fu moves. She had a short height, and thus, she molded the conventional Kung Fu techniques to work with short-heightened people.

Ng Mui began to teach these techniques to the people of Southern China. While she only had a few students, her techniques were named after one of her best students; named Wing Chun. However, her moves and techniques earned fame across the globe, when the Kung Fu master, IP Man, started teaching them.

The art of Wing Chun entails some incredibly smart techniques. These techniques are applicable in the modern-day martial arts, they can be learned in a relatively short period, and they suit people of all sizes and heights.

One of the most renowned martial arts, Taekwondo, primarily deals with defensive and attacking techniques. A Taekwondo fighter uses both his hands and feet to defend himself and attack the opponent in closed unarmed combat.

The ancient Korean art of Taekwondo goes 2300 years back. The word ‘Taekwondo’ consists of three words; ‘Tae,’ ‘Kwon,’ and ‘do,’ where Tae means ‘foot,’ Kwon means ‘hands’ and ‘do’ suggests a way of life.

When put together, the word ‘Taekwondo’ signifies ‘A Foot and Fist Way of Life.’ While Taekwondo might seem like all about kicking and punching, in reality, it teaches you the right way to live life.

Taekwondo experts are mentally and physically strong and are all set to deal with any problematic situation, whether armed or unarmed.

Differences between Wing Chun and Taekwondo

Taekwondo and Wing Chun are two different martial art styles with two different origins. However, some of the moves and techniques involved in both these styles are somehow related.

Below, let us look into some of the key differences and similarities between both of them.

Wing Chun techniques were named after the lady master Wing Chun, a student of a Buddhist nun and the master of Shaolin Kung Fu; Ng Mui. Whereas the word Taekwondo is a combination of three words that mean “Foot & Fist way of life.”

The Wing Chun practices started in China almost 300 years ago, whereas Taekwondo originated in Korea more than 2300 years ago.

The fighting strategies adopted by both martial art styles differ from each other as follows.

Wing Chun Techniques are suitable for people of all kinds of heights and weights. Whereas, Taekwondo can only be mastered by people with a tall height and a strong body.

Wing Chun can be honed within a shorter period of almost two years, whereas Taekwondo requires at least four years to be acquainted.

Wing Chun vs. Taekwondo: Which One is Better for Self-Defense

However, he might face problems when attacked using techniques other than Wing Chun techniques. That being said, if a Wing Chun fighter is faced with a fight situation, he can easily save himself from the opponent’s moves only if they are the Wing Chun moves.

Trained for close combats only, Wing Chun fighters can never defend themselves against freestyle opponent’s moves. Therefore, when talking about real-life self-defense situations, Wing Chun is never an all-rounder art.

In contrast to Wing Chun, Taekwondo uses freestyle self-defense techniques. Taekwondo fighters are trained to fight at a distance; this helps them foresee the opponent’s moves and fight back accordingly.

Moreover, Taekwondo has evolved in the South Korean Military wings. The modern Taekwondo techniques are much more functional and responsive. Theoretically, every style teaches specific moves and defense techniques that require time and space. However, practically, a self-defense situation requires immediate decisions and brisk counter moves.

Taekwondo, therefore, has a significant competitive advantage over Wing Chun. With more versatile techniques and training, Taekwondo is a better art when it comes to real-life self-defense situations.

A renowned Wing Chun practitioner, Bruce Lee, once said, ‘Take what is useful and discard what is useless.’ He developed the system “fancy mess” to cope with self-defense situations. This system has no system; it teaches the fighters to be prepared for any move and fight back using any technique.

Wing Chun vs. Taekwondo: Which One is Better for MMA

The great martial art trainer, Bruce Lee, is the father of mixed martial arts for the fancy martial art style introduced by him in the late ’60s and early ’70s.

Wing Chun is a fighting concept based on the traditional Chinese style of martial art. Theoretically, Wing Chun entails a self-defense style that is focused on defending high-powered attacks. Wing Chun techniques are very effective for mixed martial arts, as they concentrate on preventing opponents’ attacks.

Wing Chun techniques include continuous punching and kicking, which makes the opponent nervous and defensive. Also, Wing Chun uses hand trapping in close-combats, which can turn out to be an excellent MMA move.

MMA is a sanctioned fighting competition with set rules, and any violation of those rules disqualifies the fighters from the competition. Striking the back of the head, fingers, throat, and groin is illegal in most MMA fights. Whereas, Wing Chun techniques greatly focus on all these targets and moves.

Moreover, the Wing Chun hand strikes are developed to damage an attacker’s eye and throat, and these strikes are banned in MMA. It is nearly impossible for a Wing Chun fighter to win an MMA fight while not practicing the major Wing Chun techniques.

There was only one pure Wing Chun fighter, Asbel Conica, who fought an MMA competition. The fight continued for 21 seconds only, and not being able to cope with the opponent’s freestyle techniques, he lost it.

Whereas, this is not the matter with Taekwondo. Most of the Taekwondo styles consist of powerful kicks that give you a super-competitive edge in MMA fights.

In an MMA fight, every participant comes with diverse fighting skills and styles. It is not possible to fight such versatile fighters with a single style. Modern Taekwondo is a combination of different fighting styles and techniques that help the fighters combat freestyle attacks.

Therefore, Taekwondo techniques are much more helpful in winning an MMA competition as compared to Wing Chun. However, many Taekwondo moves, including bone-breaking, gouging eyes, or killing your opponent, are prohibited in MMA. Yet, many other diverse Taekwondo moves win the edge over Wing Chun moves.

When it comes to self-defense or MMA, Taekwondo is certainly better than Wing Chun. Wing Chun is a classic martial art more focused on blocking the opponent attacks with a sound answer. However, Taekwondo has revolutionized over the years and is equipped with modern-day defensive and attacking strategies.

Continue Reading
link to Can You Learn Martial Arts Online?

There are a lot of people that would like to learn martial arts. But, a lot of them don't want to go into the gym, and want to learn them at home, even more in the time of coronavirus, so, is it...