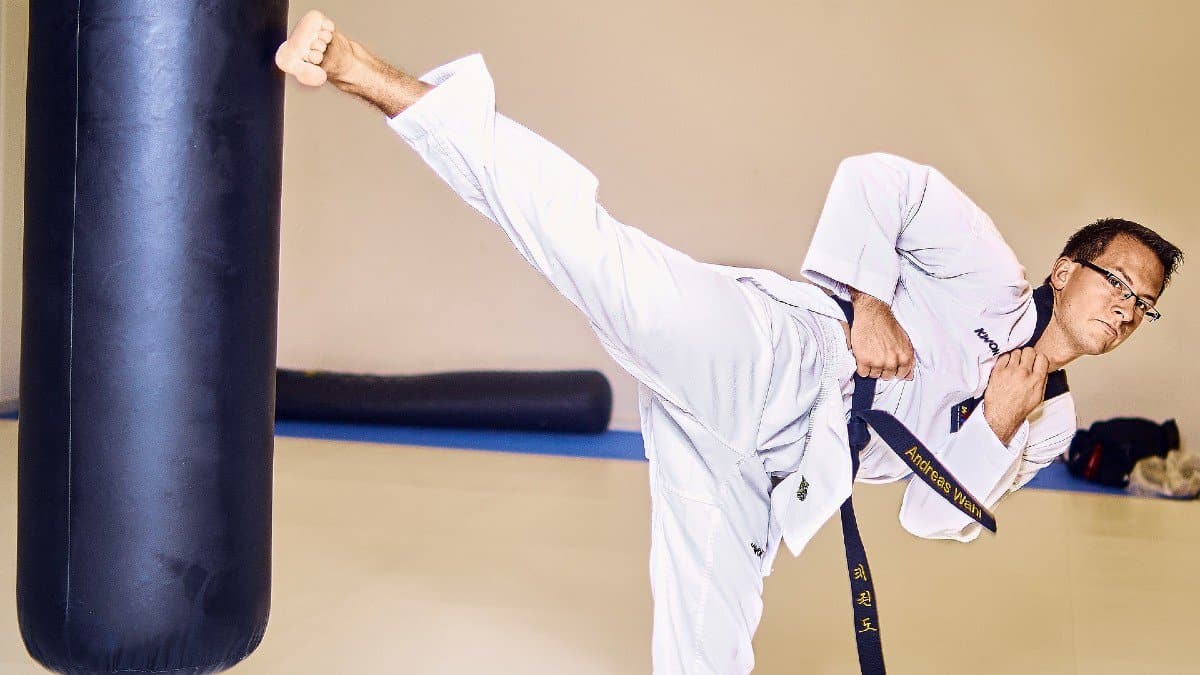 Unfortunately, Taekwondo is often disrespected by fans of other martial arts. So why is this, and are those fans may be right? Those are some of the questions on which we will give you an answer in this article.

Taekwondo is disrespected in martial arts society because in newer times it has been identified and redefined as an Olympic sport and game, and not as a ‘real’ martial art.

As you will see below, Taekwondo through history was used in many combat situations and was a real and dangerous martial art before it became an Olympic sport. But, in some places, it is still used as a combat sport, and you will see that it is still as dangerous as before.

Taekwondo is a Korean martial art that originated in the 1940s by combining different skills that were practiced over time.

Taekwondo is a striking skill that attracts attractive foot techniques and speed. Today, taekwondo has become one of the most popular martial arts and sports, and the number of skills in the world has been declared at more than 100 million.

The history of martial arts in Korea is very long. The oldest evidence is statues and paintings found in the tomb of the Muyong Chong dynasty (around the 3rd century BC) depicting warriors in battle poses.

At that time, Korea was divided into three kingdoms: Silla, Koguryo, and Paekje. All three kingdoms had strong armies (in Koguryo called “SonBae”, in Silla “Hwarang”) that studied the art of unarmed combat. At that time, the skill was called HwaRang-Sul or SuBak/SooBakh-Do/.

Subak developed into the skill of taekkyon (pronunciation: tekjon), which was often used in military demonstrations, and in tournaments where warriors could prove themselves in competition with each other.

This is especially evident during the Koryo dynasty (918–1392 AD), which unites the three kingdoms, and when taekkyon competitions are used for the purpose of finding talented new soldiers or even promoting soldiers to officers. Over the centuries, taekkyon has developed many specific foot techniques.

During the Joseon Dynasty, Confucianism replaced Buddhism as the official religion, and society became less focused on warfare and the higher social classes began to engage more in poetry and music. Consequently, taekkyon became a hobby of the lower social classes and survived as a folk game until the early 20th century.

During the Japanese occupation of Korea, all martial arts were strictly banned and taekkyon practically became extinct. Many Koreans travel to Japan to study and there they learn the skills of ju-do, karate-do, aikido. After the end of World War II and the Japanese occupation, they returned to Korea and opened martial arts schools, the Korean “Moo-Sool” pronunciation MuSul = martial arts divided into predominantly percussion Tang-Soo-Do; Soo-Bakh-Do or more catching YU-DO Korean JUDO or JUDO, or mixed catching-hitting HAP-KI-DO influenced by AIKIDO from Japan.

The ideogram originally Chinese is the same Wu-Shu (wu-shu), Moo-Sul (mu-sul) and Bu-Jutsu (bu-jucu) for the term “warrior art-skill”, or with the addition of DO warrior path: BU-DO Japanese, MOO-DO Korean, and WU-DAO Chinese; The Chinese system today is WU-SHU with 12 branches of martial arts, shown as a demo system at the 2008 Beijing Olympics, and the World Martial Arts Games, Beijing-China 2010 and St. Petersburg-Russia 2013 (GAISF / AGFIS SportAccoerd (“World Games Combat Sports”).

Some of the famous schools from this period are Moo-Duk-Kwan, Chung Do Kwan, Oh Do Kwan, Ji Do Kwan (9 percussions “kwan” or schools). The schools were not connected, and the skill they taught (mostly variations of the Okinawan To-De system, later called Karate-Do) was called by various names: kong soo do, tang soo do, tae soo do, etc. Through the influence of taekkyon, the skill takes on many specific foot techniques but is still taught under different names, with different forms, titles that are not uniform, etc.

There is a desire among school founders to unite their styles into a unique Korean martial art. The new skill is initially called Tang-Soo-Do, then Tae-Soo-Do; The process of joint work of percussion kwans begins and the Korea Tae-Soo-Do Dae-Han (Association) was founded in 1961 as the first associated organization, which in 1965 changed its name to the Korea Tae-Kwon-Do Dae-Han (Association), the name which wears today, and today is written together TaeKwonDo and pronounced TAEKWONDO with an emphasis on the second O.

Allegedly, the name TaeKwonDo was first suggested by an associate of General Choi-Hong-Hi in 1955. but it was not then accepted, but only in 1965 when General Choi Hong Hi became President of Korea Tae-Soo-Do Dae-Han and immediately changed his name to TaeKwon-Do, and by using military power practically imposed his style “Oh-Do-Kwan” and practically banned other styles, which “survived” abroad, mostly in America and interestingly in Japan where Koreans are the largest national minority, under the names Tang-Soo-Do, Han-Moo-Do, Kuk-Sool-Won, Tae- Kuk-Sul, Hapkido, and others…

Why Is Taekwondo Disrespected By Other Martial Arts?

At the very beginning, taekwondo training resembled the training of the original Japanese karate-do system and consisted of practicing traditional postures, blocks, and punches.

Today, not much time is devoted to traditional techniques and in most schools they have been replaced by exercises of constant movement, stretching, jumping with exercises on objects or light bags, with focusers, and a lot of taekwondo equipment.

The goal of learning the basics is to develop proper technique, use the whole body, and preserve the tradition of taekwondo.

Forms or technical compositions “Patterns” (Hyung; Tull; Pumse) are choreographed fights against the onslaught of an imaginary attacker performed by the exerciser himself with the aim of developing balance and perfecting basic techniques.

Also, in Taekwondo it is not permitted to strike above the neck, and many people think that is one of the big weaknesses of this martial art. But, it is said that this rule is not to protect the ones receiving the punch. But it really exists to protect the very person who is punching.

The reason is that the human forehead is structurally much, much stronger than the human fist. When a person punches, the experienced fighter would “drive” his forehead into the oncoming punch. This results in severe damages to the wrist bones and phalanges. Such injuries tend to remain permanent.

As you can see from the above, Taekwondo, in a new age, has mostly become a game and Olympic sport, and not so much a combat martial art it used to be. But, we can still find it in some places as real and dangerous martial art, and we will show you some of them below.

While sport fighting is based on competition with rules, self-defense techniques are used in situations where there is not enough distance or standard taekwondo techniques (punches and kicks) are impractical: weapon attack, rear-end attacks, and situations where the attacker has control by choking or holding the victim.

Self-defense consists of punches, legs, elbows, knees, grips, and locks on the arms and legs, choking, throwing, etc. Unlike other parts of taekwondo, self-defense is not standardized and depends on the instructor.

Taekwondo for the military use

Taekwondo is an evolution of the martial arts system that was used by the soldiers since the Hwarang times (circa 600 AD), where they defended a nation against aggressors.

Military use of Taekwondo doesn’t have rules, except to kill. And it is not meant for submission as in the current day MMA, or like a sport in Olympics.

Taekwondo in the old days

In the ’70s, Taekwondo was mostly trained and sparred without rules. They kicked and punched each other with their feet and fist that snapped iron bars.

Then, Taekwondo even taught how to grapple, head strike, carotid choke, eye poke, and even shoulder and knee dislocating.

As you can see, before all the rules it now has, this martial art was brutal.

As you can see, in its beginnings, Taekwondo was a brutal martial art, that was taught for military purposes.

But, over the years, it has developed and evolved, and now it is much more a sport, even an Olympic one, which means it has many more rules, and it is much less dangerous in a street fight or self-defense.

Even so, we can’t forget that the only thing that is limiting this martial art is its rules. If you are learning Taekwondo somewhere the old way, then it is definitely respectable martial art and one that shouldn’t be disrespectful as it sometimes is. 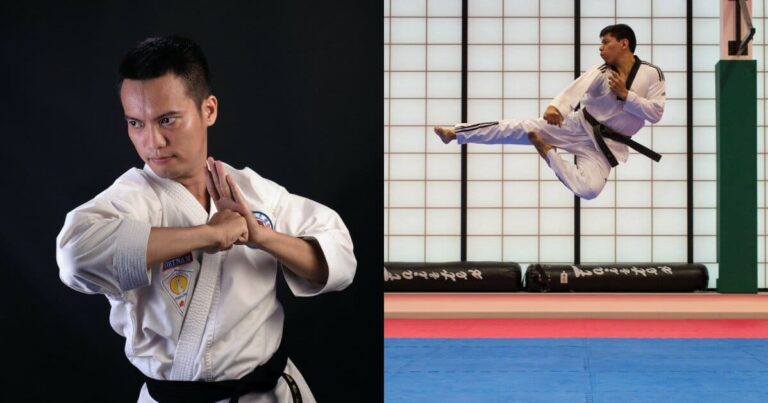 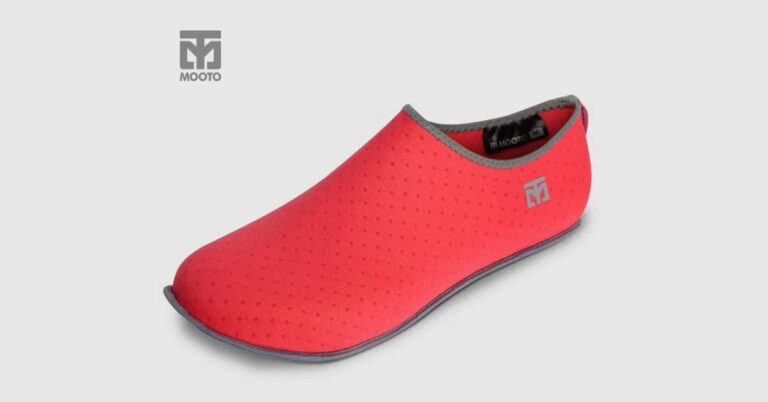 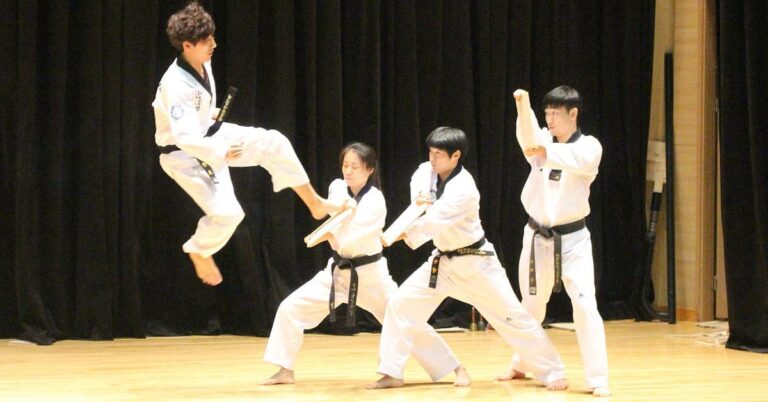 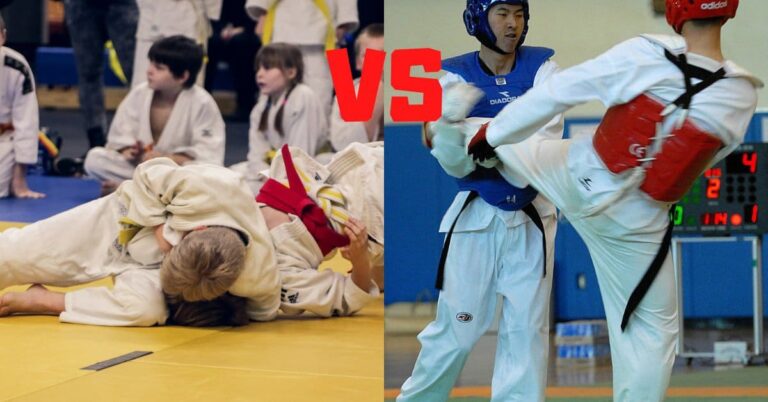 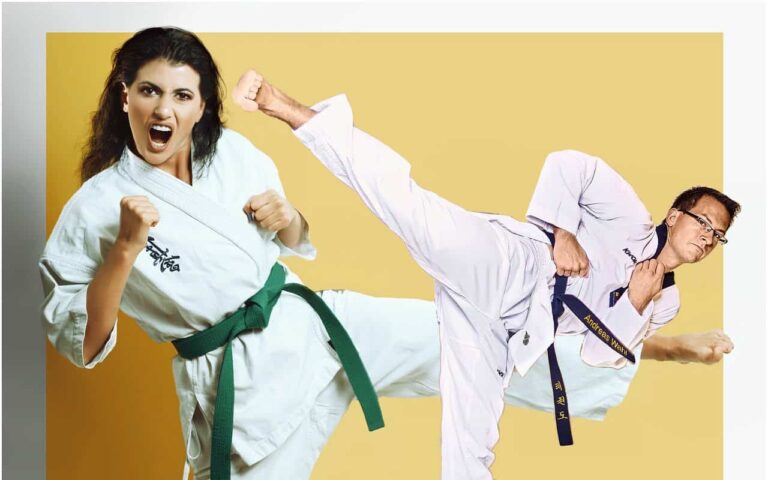 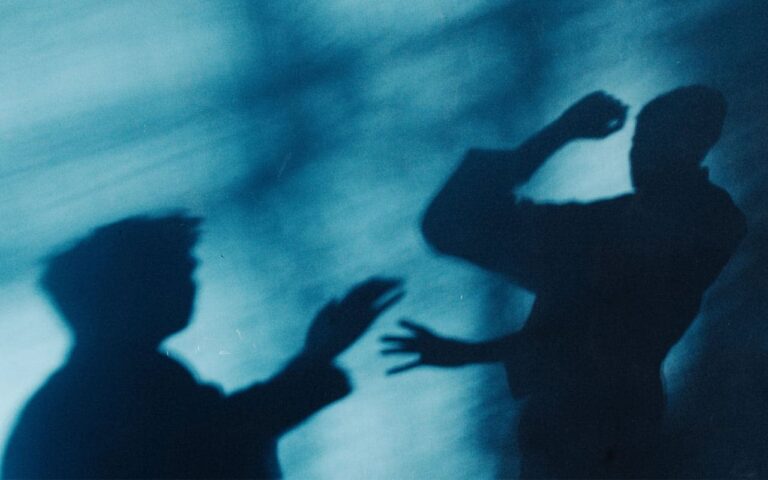