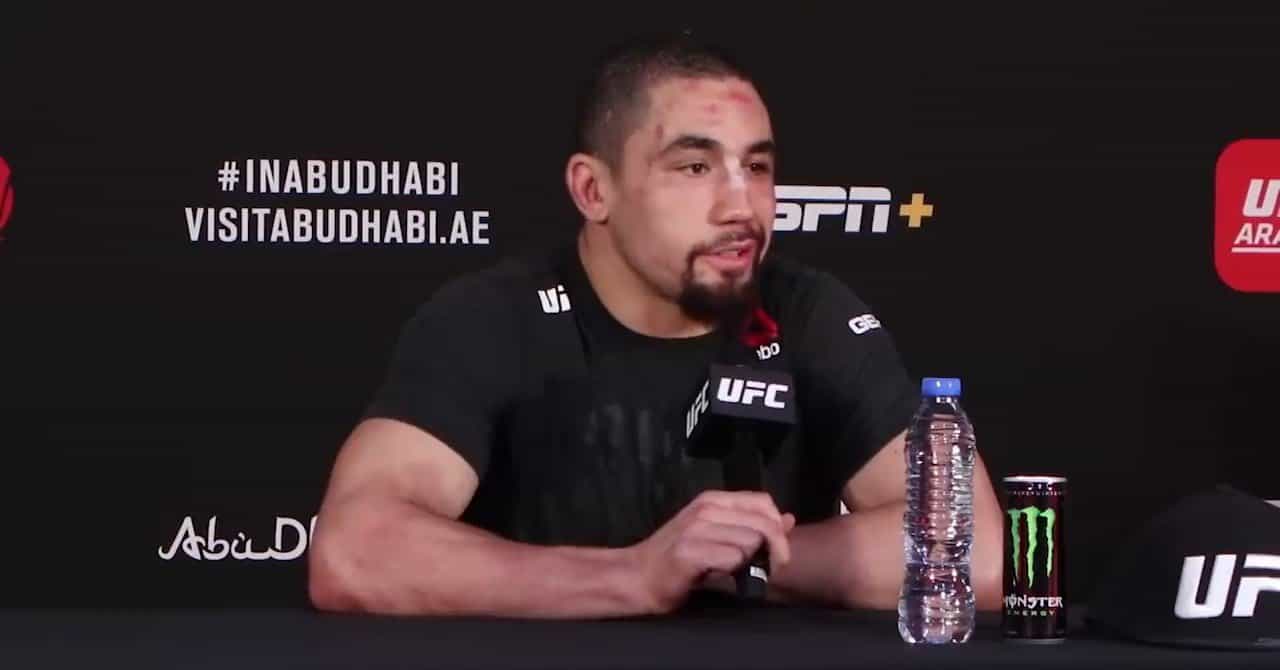 It’s not easy to come back after a heavy defeat and losing the title, but the 29-year-old Australian has obviously put things right in his head after the fight with Israel Adesanya and has returned to winning ways by fighting the always dangerous Darren Till.

Whittaker reached his 21st career victory in Abu Dhabi, or 10 in his last 11 appearances. It wasn’t easy, especially not after the knockdown he experienced in the first round, but Rob came back and became a title contender once again.

Obviously there was a lot of pressure and stress before this match. But now I’m happy. We achieved the result we got. I’m also happy that I had the opportunity to show my skills and that I got out of an awkward situation. It was great, but a stressful fight.

Although he did not want to enter the roll call, ‘Bobby Knuckles’ believes that he is able to become a champion again.

I believe I’m at that level and I think others see it too. I just wasn’t my own in the last match. I don’t want to take anything away from him (Israela Adesanye, op.a.). He’s a great hitter, but I just wasn’t my own “Now I’m looking forward to getting back to work and I want to see how my next match unfolds.

Whittaker also revealed that he will be ready to perform as early as September, and along the way offered to be a backup option for a bout in which we should watch Adesanya and Paul Costa. Although that fight has not yet been officially confirmed, the assumption is that we will be watching it on September 19 at UFC 253.

It would be a great time to come back. I will be in preparation just then. It would also be great if we could all meet on the same ‘card’. I will be ready. I am already ready to play in the title match. I showed that in to this last performance.

The UFC has not promised anything to its former champion, and it seems that the Australian will not be disappointed at all if they place him in a fight without a belt as a big prize.

Honestly, I don’t care. I’ve never bothered about who my opponent will be. Because of things like that in the UFC they love me so much. I think we as fighters should never choose opponents. That’s the way this game is.