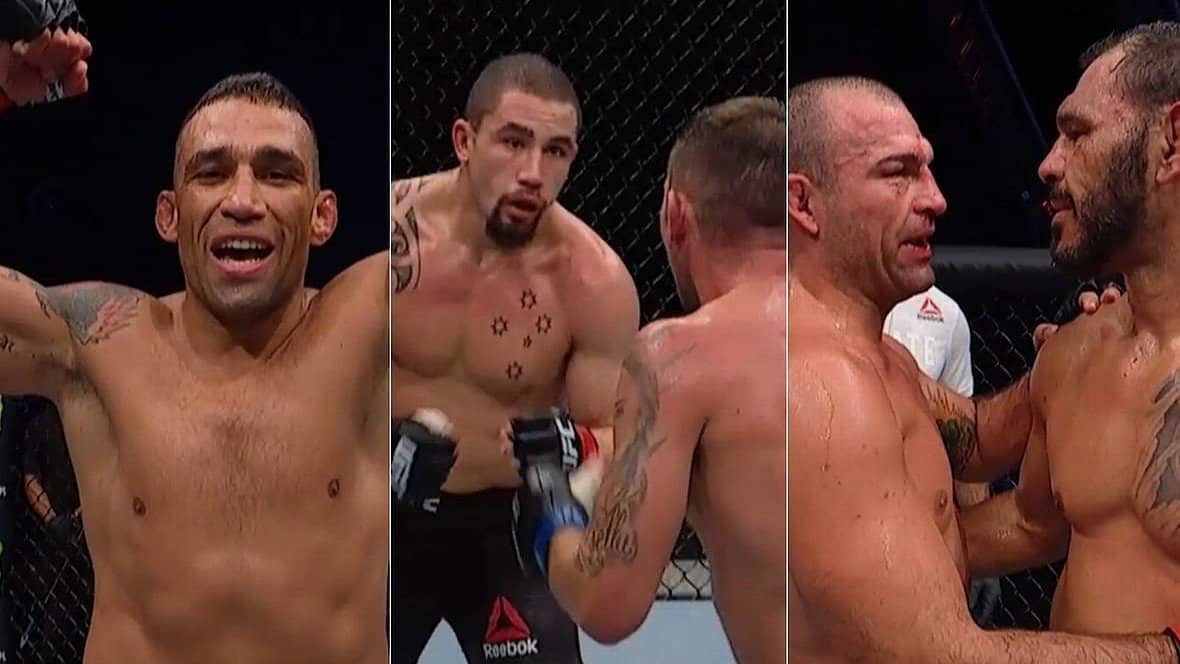 On Saturday night at the Flash Forum, former champion Robert Whittaker (21-5) recorded a win in his first appearance after losing the title. The great Australian fighter defeated Darren Till (18-3-1) by a unanimous decision in the main fight of the UFC on ESPN 14 event.

Through 25 minutes of interesting fighting, we had the opportunity to see two knockdowns. First, Till knocked Whittaker down with his elbow in the opening round, and then in the second round, the Australian retaliated with a lightning right.

There weren’t so many impressive moments in the rest of the match, but every now and then one of the fighters would threaten with big blows. In the process, Whittaker was a bit more active, and in addition to the attack with hand techniques, his ‘low kicks’ also left a mark.

Till had one moment in the fourth where he seemed to briefly shake his opponent. But the former champion’s beard held up and he returned very quickly with his attacks. The Liverpool fighter managed to hit and cut Whittaker with his elbow in the last section. There was blood everywhere at that moment, but Robert recognized the danger and very quickly moved the fight to the ground floor, and then waited for the end of the match in a clinch.

All three referees scored this duel 48-47 for Whittaker.

It was tight again, but once again Shogun was the one who ended up celebrating in a clash of famous MMA veterans. In a fight in which neither one nor the other hesitated to enter into more exchanges, a lot of serious blows fell.

Minotouro had a shaken Ru in the first round, but Mauricio proved to be a more diverse fighter in 15 very even minutes, as he often combined hand techniques with kicks, and sometimes throwdowns, one of which he successfully performed near the end of the match and with ‘ground and pound’ concluded this collision.

Rua celebrated the victory after reading the referee’s cards, and the 44-year-old Nogueira confirmed that this was probably the last match of his career.

The legendary Brazilian knocked Gus to the ground after a minute of fighting, the Swede briefly stood up, but Werdum immediately returned it to where he felt most comfortable. Fabricio immediately ‘took’ the back of his opponent in the second knockdown and pulled out the lock on his arm exactly in the middle of the first round.

Gustafsson in one such game simply didn’t stand a chance and had to congratulate the famed BJJ expert.