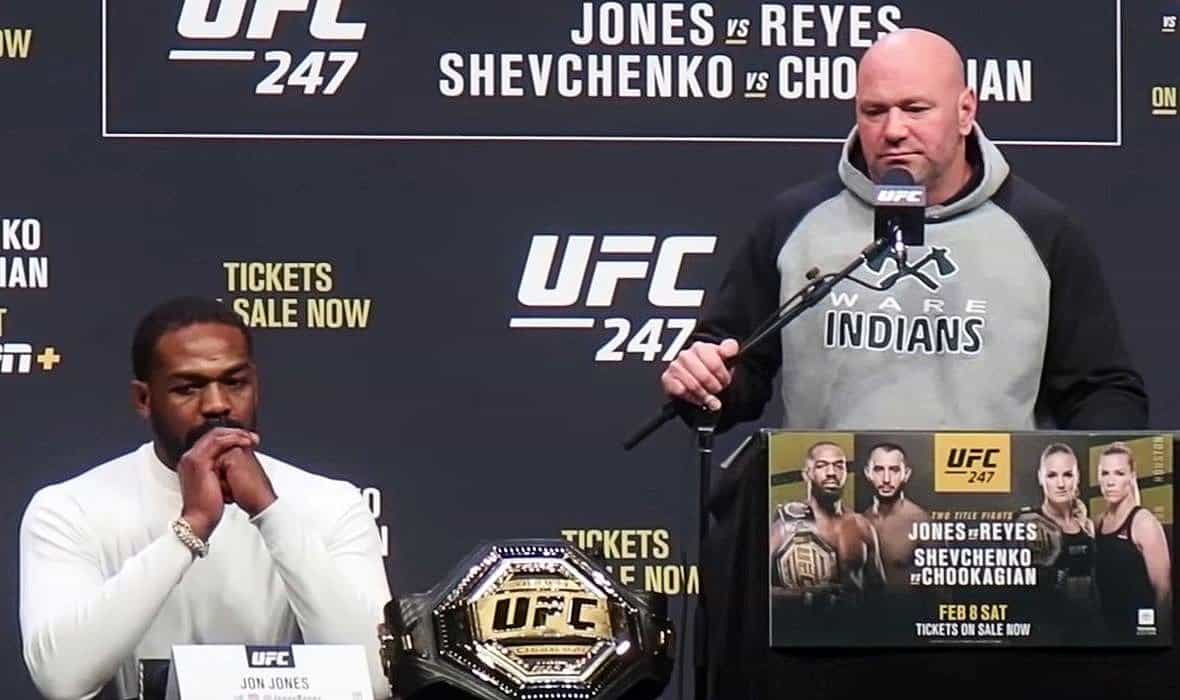 After Jon Jones announced he would leave the UFC light heavyweight title and let the challengers fight each other for it, a response finally arrived from UFC President Dane White.

It took a full day, in which there weren’t too many reactions from other relatively involved people, to welcome Dan White’s reaction to the possibility of being left without one of the biggest stars of the promotion. Motivated by dissatisfaction with his income, but also by White’s latest statements, which he claims are false, Jon Jones announced that he would leave the position of champion and leave Dominic Reyes and Jan Blachowicz to fight for each other.

The eagerly awaited statement by the UFC president was not brought by any of the largest MMA media outlets but by a Canadian one that relayed his brief but a significant statement.

“Jon Jones is one of the greatest to ever do it. The decision he wants to make regarding his career is up to him. The reality is that he’s made enough money from fighting that he’s now in the position to retire and never work again in his life,” says Dana White for Vancourier.

It was to be expected that White would come out with such an attitude, especially if he had no intention of increasing Jones’s income, which he had actually announced earlier. The next move is on Jones. If he really intends to do what he announced, he will have to go about it officially, that is, ask the UFC to do the same and document it.