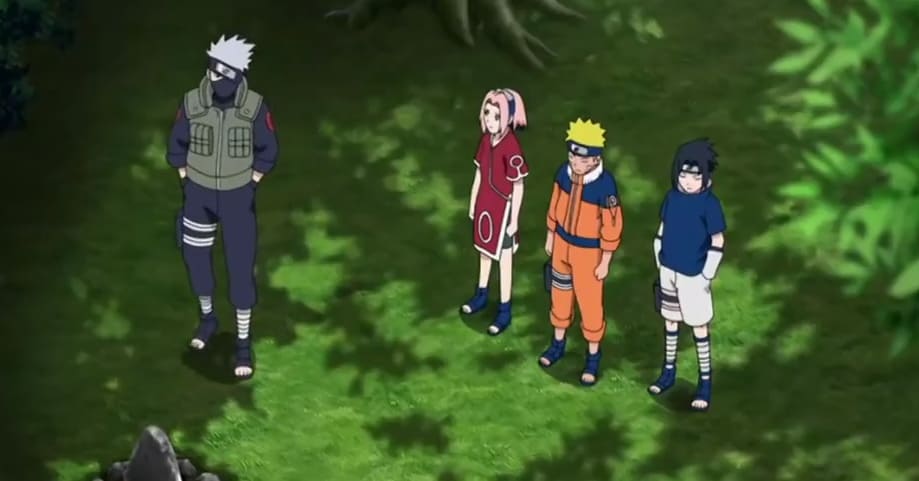 Naruto is one of the most popular Japanese anime and manga franchises in the world. The main anime series started its broadcast back in 2002, three years after the manga debuted in Japan and five years after the pilot chapter of the manga came out. Although the franchise has adventurous, supernatural and other elements, martial arts are crucial for understanding it. So, in order to help you understand Naruto, we’ve decided to analyse the martial arts used in the franchise, especially the one’s Naruto use.

Naruto (ナルト) is a Japanese franchise that started off as a manga written and illustrated by Masashi Kishimoto. It tells the story of Naruto Uzumaki, a young ninja who seeks to gain recognition from his peers and also dreams of becoming the Hokage, the leader of his village.

The story is divided into two parts; the first set in Naruto’s pre-teen years, and the second in his teens. The series is based on two one-shot manga by Kishimoto.

Naruto was serialized 1999 to 2014, and was later released in book form. The manga was adapted into an anime television series that broadcast a total of 220 episodes in Japan from 2002 to 2007. Naruto: Shippuden, a sequel to the original series, premiered in Japan in 2007, and ended in 2017, after an incredible 500 episodes.

The story of Naruto today continues with Naruto’s son, Boruto Uzumaki, in Boruto: Naruto Next Generations: Boruto wishes to create his own ninja way instead of following his father’s.

Critics noted that the manga, which has a coming-of-age theme, makes use of cultural references from Japanese mythology and Confucianism.

Who Are the Main Characters in Naruto?

Since some of you might not have seen Naruto before, we’ll give you a short presentation of the main character so that you know whom we are going to talk about in the following paragraphs. The concept and the general plot outline have been discussed above, so we’ll just present you the main characters from the Naruto anime and manga (Boruto characters are excluded).

Naruto Uzumaki (Japanese: うずまき ナルト, Hepburn: Uzumaki Naruto) is the main protagonist of the anime and manga Naruto, created by Masashi Kishimoto. He is a young ninja from the fictional village of Konohagakure. The villagers ridicule Naruto on account of the Nine-Tailed Demon Fox—a malevolent creature that attacked Konohagakure during its history—that was sealed away in Naruto’s body.

Despite being ridiculed and ostracised, he aspires to become his village’s leader, the Hokage. He is carefree, optimistic and boisterous (sometimes described as “simple and stupid”), which enables him to befriend other Konohagakure ninja, as well as ninja from other nearby villages.

Naruto appears in the series’ films and in other media related to the franchise, including video games and original video animations (OVA), as well as the sequel Boruto: Naruto Next Generations, where his son, Boruto Uzumaki, is the protagonist.

Sasuke Uchiha (うちは サスケ, Uchiha Sasuke) is Naruto’s rival in the anime and manga. He was designed by Kishimoto to take the role of the “cool genius”, since he felt this was an integral part of an ideal rivalry.

Sasuke’s older brother, Itachi Uchiha, killed the rest of their family, which is why Sasuke’s sole desire is to kill his brother, and he develops a cold and withdrawn personality, seeing people as tools to further his goals, although also gaining the affection of most of the girls he knows, much to his annoyance.

Later on, though, Sasuke seems to begin considering his future teammates precious to the point of risking his life to protect them, while focusing on revenge less than at the start of the series. Following an encounter and a subsequent defeat at the hands of his brother, Sasuke severs his ties and leaves the village to seek more power from a man named Orochimaru.

By the events of the Boruto franchise, Sasuke has become a vigilante investigating the Otsutsuki clan while aiding Konohagakure.

Sakura Haruno (春野 サクラ, Haruno Sakura) is female ninja and one of the most important characters in the franchise. While creating the character, Kishimoto has admitted that he had little perception of what an ideal girl should be like.

As a child, Sakura was teased by other children because of her large forehead, a feature Kishimoto tried to emphasize in Sakura’s appearance. She was comforted by Ino Yamanaka and the two developed a friendship. However, as the two continued to grow, they became increasingly distant due to their shared affection for Sasuke Uchiha.

Initially, Sakura is infatuated with Sasuke and resents Naruto Uzumaki, although Sasuke views her as “annoying” and Naruto has feelings for her. Her perception on Naruto eventually changes, however, and she comes to see him as a friend, while her feelings for Sasuke grow into deep love.

Kakashi Hatake (はたけ カカシ, Hatake Kakashi) is the easy-going, smart leader of Team 7, consisting of Naruto Uzumaki, Sasuke Uchiha, and Sakura Haruno, the four main characters in the franchise. Kakashi had a dark past, but he didn’t let that affect him as an adult.

He was a very vital key for Naruto’s success, training him to be a great ninja. Kakashi is a master of the Sharingan Mirror Wheel Eye, which he gained as a present from his late friend, Obito Uchiha. Kakashi’s original eye was restored later into the series. Kakashi is ultimately killed by Pain (Nagato), but is revived when Nagato uses Rinne Rebirth to restore everything.

In the later parts of Naruto Shippuden, Kakashi succeeds Tsunade as the sixth Hokage, and years later, he retires once Naruto is chosen as the seventh Hokage.

Unlike Dragon Ball, which we’ve analysed in an earlier article, Naruto is not so strongly focused on just one character (like Son Goku), but rather on teams who have more or less important members. This is why we did not think it smart to present our analysis by focusing on the characters, but rather by focusing on the martial arts most commonly used in the anime. So, in the following paragraphs, you are going to see which martial arts appear most often in the Naruto anime franchise and how they are utilised in-anime.

Boxing is a very popular martial art in Naruto and most of the characters know how to box. Why? Well, Naruto has a lot of hand-to-hand combat and most of it consists of straightforward back-and-forth punching, which is the very essence of boxing offence. Thanks to the vivid representation and great animation, punches in Naruto are clearly presented and you can check out all the details of a scene, as you can see in the video below:

Although the punches are usually exaggerated when it comes to strength (the characters are superhuman in that aspect!), the technical realisation is brilliant. The animators put in a lot of effort to draw the prefect hooks, uppercuts, jabs and other punches present in boxing; but it’s not just the punches, it is the whole posture, the complete stance – from the feet to the fist – that perfectly mimics real-life movements in boxing.

If you compare boxing techniques in Naruto to real-life boxing techniques in a ring or an octagon, you will hardly see any difference at all (beside the fact that Naruto is animated). The level of authenticity is just amazingly unreal and we have to congratulate the animators for achieving that.

As for the users, one of the best examples of boxing in Naruto is the hand-to-hand style employed by Sakura, but the is certainly not the only one.

Since they’re both focused on kick, rather than punches – we’ve decided to group these two martial arts together. However, do not think that they are similar; Muay Thai and Taekwondo do put their focus on the feet and kicking, but they are two very different martial arts.

Kicking in Naruto is almost as common as punching. The number of different kicks used in the series is just to high to list individually, but you should know that there is everything – from Muay Thai to karate, and everything that you can put in between. So, how do we know it’s Muay Thai that’s used in Naruto?

Like with boxing, the movements are very realistically drawn and the animation is practically flawless. You could easily find real-life fighters who use the same styles and techniques in actual fights. The same goes for taekwondo, whose kicks tend to focus on the foot itself and not the shin. Shin kicks are just one example of kicks used in Naruto, but there is also a plethora of excellently animated taekwondo kicks.

A good reference point when it comes to characters using kicks is Sasuke.

This Japanese martial art is also present in the Naruto franchise. Aikido focuses on wrist locks and throws and the technique known as kote gaeshi is clearly present in Naruto, as you can see in the video below:

If you compare the scene from the anime to a real-life aikido fight, you will see that there is practically no difference between the technique shown in the anime and the one used in real fights.

The character that often uses aikido techniques is Kabuto Yakushi (薬師 カブト, Yakushi Kabuto), an antagonist whom we have not talked about in the section above. He is a spy who works as Orochimaru’s right hand, though he acts on his own whims and is an enemy of the main characters in the franchise.

Characters in Naruto generally use well-known and popular martial arts, but there are some characters that prefer using specific styles of some martial arts. Such is the Baguazhang style of Chinese kung fu, which is heavily present in Naruto. This style employs palm punches and has a very specific stance that is clearly present in the anime. It also has a lot of Taoist influences and relies heavily on Chinese philosophy, which is something the anime has shown over and over, adding to the authenticity.

Although we haven’t talked about him earlies, Neji Hyuga and his clan are the best representatives of this style and it has been realistically represented through them. Neji Hyuga (日向 ネジ, Hyūga Neji) is a member of Team Guy and a child prodigy of the Hyuga clan, as well as being Hinata’s cousin.

As he is the only ninja of his generation to be promoted to the rank of Jonin, he frequently acts as leader of his assigned teams and the secondary leader of Team Guy when Might Guy is not around. Though a member of the branch house, Neji displays his title as a prodigy of the Hyuga throughout the series as a master of his clan’s Gentle Fist style of combat that he taught to himself. Originally, Neji believes in a fatalistic philosophy: that one’s destiny is inescapable and that a weak person will always be weak.

As we’ve seen, there are many martial arts used in the Naruto series, and they are all placed well within the fight scenes. The specific animation style allows viewers to see the details in the character’s movements and strikes, unlike some of the other anime series like Dragon Ball.

We have to stress out that the martial arts mentioned in this article are certainly not the only ones present in Naruto, but rather the most commonly used ones; there are a lot more, but it would be a very difficult task to name them all since Naruto has more than 700 episodes. Still, the amount of work that went into the animation for Naruto‘s fight scenes is amazing and this is our way of honouring the legacy of this great franchise.