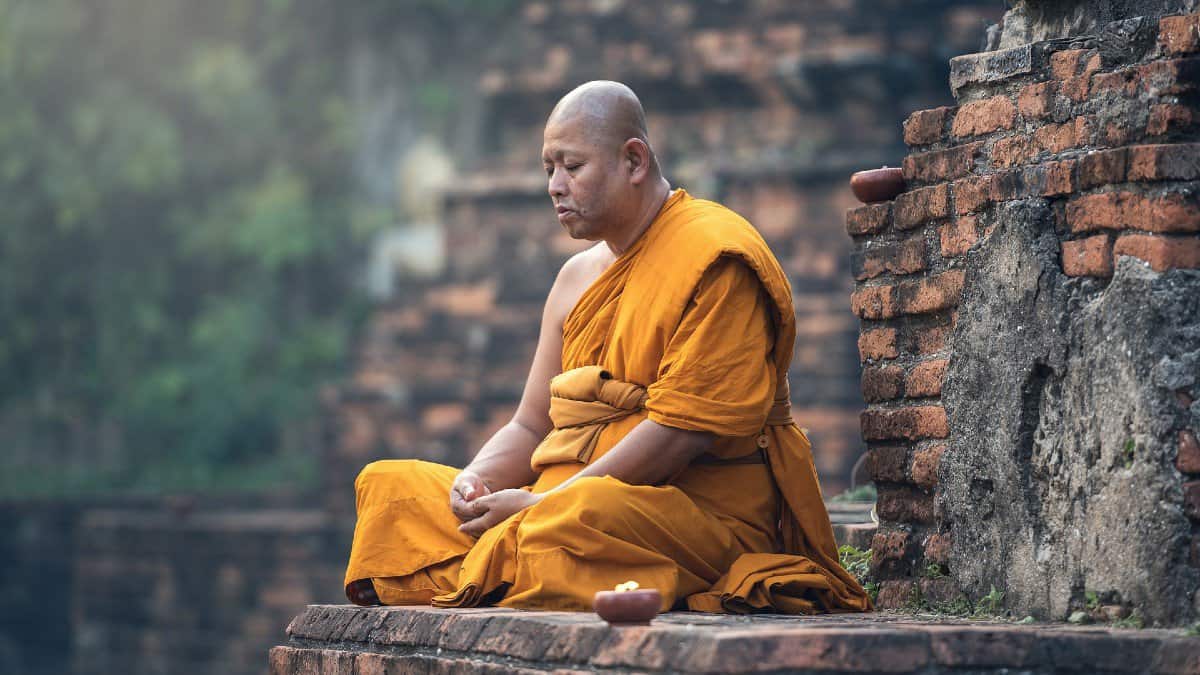 Without Zen techniques, martial arts are just about kicks and punches. Zen techniques within martial arts strengthen the body, mind, and spirituality of the learner. Proper Zen practicing eases your mind of stress and anxiety and helps you stay more focused and attentive.

Not just a philosophy, but Zen is a living style that you must practice to master. Using martial art techniques, Zen helps you achieve a stronger body and a sharper brain.

To understand the role of Zen in martial arts, one needs to dive deep into the Zen philosophy. Martial arts and Zen techniques go hand-in-hand. Once you have mastered them both, you will begin to live your life better; looking forward to things from a different perspective and a positive mind.

What is Zen in martial arts?

The basic teachings of Zen talk about discovering the truth of humanity which has to be discovered by humans themselves. And human beings can not unleash this truth merely by philosophical discussions or religious traditional rituals.

The Zen teachings require you to implement the ‘Zen’ techniques in your daily life to attain the height of self-control. The first step to control your mind and body is Meditation. It traps the mediator in a web of words and releases all the toxicity from his mind, leaving him positive and energized.

The Zen techniques, therefore, are beyond the boundaries of intellect. They are majestic enough to be grasped by a sharp rational mind. However, at the same time, they are as simple as the air that you breathe in and then breath out. We breathe every day, every moment, and every nano-second. Breathing in and out the same way with awareness makes it Zen; the powerful self-control tool.

On the other hand, martial arts refer to the constant training aimed at strengthening your mind and body to face violent situations of life. Martial arts not only train your body to stand fights, but it also helps it fight diseases and sicknesses. Zen and martial arts, therefore, work in a combination. The combination of these two techniques can do wonders for a human body. This practice started in Japan and made great development in the field of martial arts.

In the late 12th century, the Zen teachers in Japan were left-back with less interest in martial arts. At the same time, Zen techniques gained massive popularity in Samurais and they started joining Zen schools. They found that Zen meditation helped them attain surprising levels of mental focus and full control of their thoughts and emotions. Apart from their training, the Samurais benefited from the Zen techniques in their battlefields too. Many books and movies exaggerate the influence of Zen meditation on Samurais, which is far from reality.

India was said to be the origin of Zen Buddhism earlier in the 6th century. The Prince Siddhartha Gautama, who was the pioneer of Zen Buddhism, gave up on his fantasizing rich life to attain spirituality and eternal peace. He practiced meditation, fastings, and other religious rituals to find the truth and reach eternity. The history knows this enlightened soul as Buddha. The Buddhists still follow Zen techniques in their religious practices to outgrow their sufferings and attain enlightenment.

One of the Buddhas’ successors, Bodhidharma, traveled to China in the 6th century and preached the Buddha’s teachings, ‘The Dharma’. The Buddhist teachings and Zen techniques, together, revealed the true nature of human beings, and ‘Zen Buddhism’ was introduced. According to “Everything Zen Book,” (Sach & Faust, 2004), Bodhidharma was the first Zen expert and the founder of martial arts. He used to practice Zen and martial arts to Shaolin monks for their physical and spiritual training.

In the early twelfth century, Zen Buddhism influenced the development of martial arts like Judo, Karate, and Aikido. At that time Zen Buddhism had an essential impact on martial arts warriors which were called the ‘Samurais’. Eventually, the Samurais, who already honed martial arts, attained perfection in Jujutsu and Karate too. With the adoption of Zen techniques, they gathered self-confidence, vigilance, and determination. That is why we find their religious rituals much like meditation practices. Zen techniques also lend well to the martial art perfection achieved by the great Samurai Musashi Miyamoto and the 47 Ronin.

Zen Buddhism triggered the power among them to face death and detachment from material elements. The Samurai people practiced emotion control and faced every event with zeal, zest, and patience. This made Zen Buddhism an essential part of Bushido; the code of conduct of samurai.

Without the knowledge of Zen, one cannot realize the true spirit of martial arts. Zen and Bushido form the foundation of modern martial arts. Without these two, martial arts is just like any ordinary sport and not an art that is the crown of the ancient. Ordinary sports activities offer you amusement but do not help you attain a new dimension and spirituality. Zen techniques practiced with martial arts, help you to understand yourself from the core of your mind. This ultimately leads to a perfectly balanced and positive life.

What is the most peaceful martial art?

The martial art was originally developed for self-defense. Later many combat techniques including violent moves like kicks, punches, and throws, were added to it. Some of these techniques require swords, bows, arrows, etc. An expert in martial arts is, however, physically strong enough to use anything as a weapon during a fight.

This level of expertise demands constant practice and training to gain the required strength, balance, power, and flexibility. Both the mental and spiritual components are equally important in the training of martial arts. These spiritual components improve the endurance, concentration, emotion control, and negative thoughts of a person.

There are a lot of types of martial arts, but here we will focus on the most peaceful martial art.

Aikido is the most peaceful martial art in the world. It is a blend of martial studies, philosophy, and spirituality created to achieve harmony in body, mind, and spirit.

These movement-based practices descend from the ancient warrior cultures of Japan and China and have been transformed over time to focus on improving the individual and bringing about a better world.

Aikido is a Japanese martial art developed in the early 20th century and is often translated as “the way of unifying with life energy.” Through this union, the Aikido practitioner is able to defend himself or herself by redirecting the motion of an attack in a way that hurts neither them nor his or her attacker.

Aikido includes the use of the sword, staff, and body martial arts. A typical beginner class would begin with an introduction to the material being taught, a ceremonial “bow-in” where participants agree to respect and protect each other, and a thorough warm-up, followed by partner practice guided by the teacher. Participants wear a uniform provided by their school and are taught how to fall and keep themselves safe. At its core, Aikido is a path of self-development helping individuals learn about themselves and become their very best.

The martial art of any kind strengthens the human body making it more resilient and powerful than ever. When combined with Zen, martial arts help a person achieve body strength and mental sharpness at the same time.