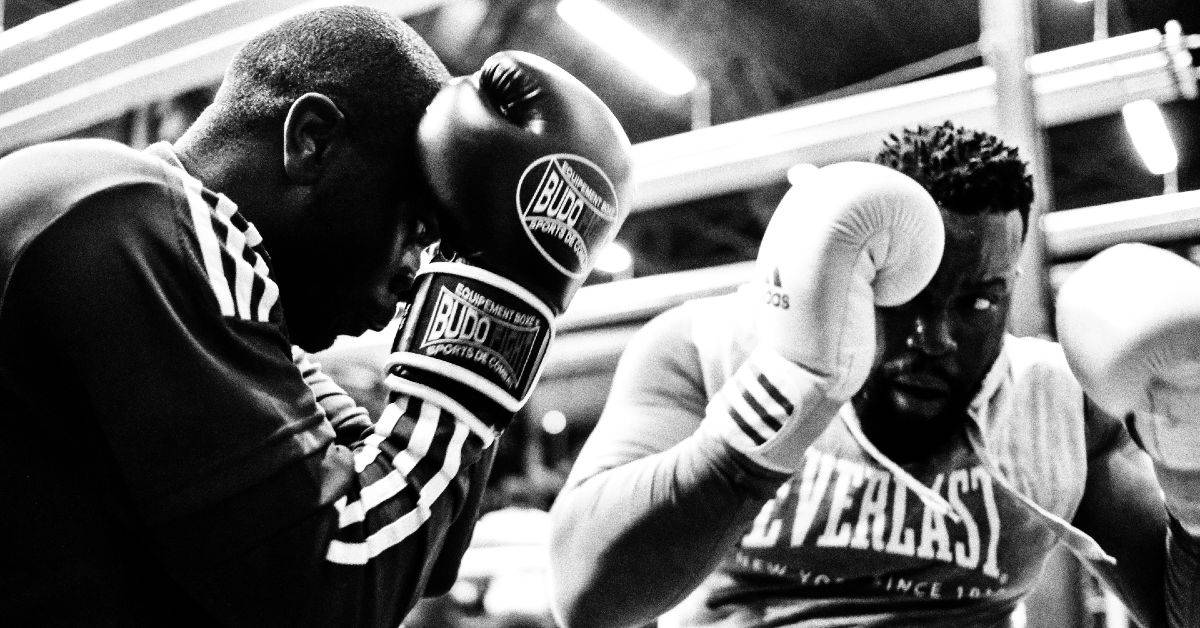 To the average person, boxing isn’t much technical as it is two people trying to find an opening to punch each other. However, a real boxing enthusiast would understand the uniqueness of the sport and the science that goes behind each punch that a boxer throws. Within the boxing realm, there exist various styles of fighting, five of which are the significant ones fighters train in.

There is no best boxing style. Depending on your attributes, one style of boxing may be more ideal for you and vice versa. While boxing styles have advantages over each other, your skill ultimately wins you a fight, not your boxing style alone.

From Muhammad Ali, a legend of the past, to the legends in the making the present such as Tyson Fury, each boxer adopts a boxing style to master. You may want to be a jack-of-all-trades, but if you are a master of none, you won’t be able to take full advantage of any boxing style. Read further to learn more about the different boxing styles and how they fair against each other in a fight!

Contents hide
List of Boxing Styles
What is the most effective boxing style?
Which boxing style should I choose?

When speaking of boxing styles, it would be criminal not to mention the Out-Boxing style of legends before any other. The iconic quote by Muhammad Ali, ‘Float like a butterfly, sting like a bee,’ truly represents this boxing style.

As the name suggests, Out-Boxing is a style that is all about staying on the outside. Being a defensive style, Out-boxing is perhaps the most strategy centric style of boxing. Boxers who employ this technique try to consistently pepper their opponents with accurate jabs while maintaining a safe distance so as not to get hit. Naturally, out-boxing relies on swift movements and a long reach when it comes to your punches.

An out-boxer will take his sweet time reading the opponent, analyzing their movements before beginning their calculated barrage of jabs with pinpoint accuracy. You would never see an out-boxer throw unnecessary punches as they are never aggressive in their approach. While most out-boxing wins come from decisions, some talented ones weaken the opponent enough to knock them out with one precise punch. Some of the greatest boxers have adopted this style of boxing, namely, Muhammad Ali, Floyd Mayweather, and the former heavyweight champion Deontay Wilder.

Being the exact opposite of an Out-Boxing, Pressure Fighting, or Swarming is a style of boxing that relies on an aggressive barrage of punches. It might seem like a suicide approach, but a swarmer knows the weak points of their style and tries to accommodate for it with their movement and punch combinations.

Pressure Fighting or Swarming is a style that is usually employed by heavy hitters who can knock out or disorient an opponent with one big hit. The strength of their punches combined with the sheer volume makes them a hit with the judges as an aggressive style focused on offense sits well with the judges.

While swarmers try to evade and defend, their style of boxing requires them to take a few hits while trying to break the opponent down. Since they have to move inside their opponents to release a swarm of punches, they need to endure the attempts to counter successfully bring down the opponent.

Here comes the boxing style, which is the showstopper of boxing styles. A slugger has little to do with strategy as he/she relies purely on brute strength to overpower his/her opponent. Like swarmers, sluggers will need to take punishment, although in more massive amounts, to deal with the damage they aim to deal.

The only difference is, while a swarmer relies on a volume of punches, a slugger depends on the sheer strength of that one punch, which connects with their target. Although their punches are often comparatively slower, the power behind them is enough to compare to ten jabs of an out-boxer. For this very reason, sluggers are responsible for giving the fans the most action-packed of the fights.

Their display of strength often leads to people confusing them as mindless punchers, forgetting that a lot of technique goes into a slugger’s approach. Forcing themselves inside the opponent’s defense and trapping them with the ropes is not as simple as it looks. A real boxing fan would know notable sluggers such as George Foreman, Ricky Hatton, and Arturo Gatti.

Boxing-Punching is perhaps the most challenging boxing style to master and the most balanced one as well.  It is a rare boxing style that is dynamic as it incorporates all the previous boxing styles in a seamless rhythm.

A boxer-puncher would quickly shift between pressure-fighting to out-boxing to even slugging if they have trained the strength of their punches enough. Initiating from the outside, boxer-punchers employ various tactics and combinations to close the gap and push their opponents to make mistakes. Not only are they able to capitalize on these mistakes, but they are also extremely reactive to the opponent’s countermeasures to their approach.

Consequently, it is tough to defend against a boxer-puncher’s offensive spree. On the other hand, boxer-punchers rarely pay attention to defense as they are focused on breaking the opponent’s defense with the best combinations. In the history of boxing, most boxer-punchers have risen to be one of the greats, case in point; Sugar Ray Leonard, Mike Tyson, and Miguel Cotto.

This boxing style is designed to frustrate the opponent as it relies heavily on counter-attacking, as the name suggests. A counter-puncher drives the opponent to make mistakes so that they can throw damaging counter shots. Evasiveness is critical to master this style, which many famous boxers adopted, such as the Olympic gold medalist Guillermo Rigondeaux and the Mexican legend Juan Manuel Marquez.

What is the most effective boxing style?

In a sport as unpredictable as boxing, there is never an absolute. From the upset of Buster Douglas Vs. Iron Mike to Tyson Fury wiping the floor with Deontay Wilder in their rematch, boxing is all about who prepares the most.

While there is a rule of thumb in boxing which suggests swarmers beat boxer-punchers, sluggers beat swarmers, and boxer-punchers beat sluggers, it isn’t set in stone. This rule only highlights a potential advantage one boxing style will have over the other. It does not determine whether or not the other boxer can strategize enough to overcome these disadvantages.

While some people regard boxing-punching as the most effective boxing style as it is the most balanced one, it is essential to note that boxer-punchers have lost to boxers from other styles countless times.

There is no such thing as the ‘most effective’ style in a sport like boxing, as all styles have their flaws and strong points. A good boxer would strengthen the already strong areas further and practice to overcome the weaknesses if he/she indeed aims to master the art of boxing.

Which boxing style should I choose?

Although there is no definitive way to decide which boxing style is the best, specific attributes of a boxer will determine their affinity to the different styles.

As the style’s description suggests, for slugging, one would need to have enormous power behind his/her punches. While sluggers compromise on the speed, they make up for it with brute force, making one punch comparable to tens. Alongside strength, a slugger also needs high endurance as they have to take punishment to find the perfect opening for a knockout.

Swarmers are fighters who require very high fitness levels. To practice this boxing style, a fighter would need to continually swarm the opponent with punches without them losing their strength. Simultaneously, a swarmer, much like a slugger, requires high endurance as they need to be able to take massive hits to find an opening. That is precisely why the careers of swarmers and sluggers often don’t last long. Such a fighting style is bound to take a toll on your body, whether through training or actual fighting.

As the name suggests, out-boxing would require a fighter to fight from the outside. For this purpose, a fighter with a height advantage and long wingspans would be perfect to practice their style. The long reach will allow them to maintain the gap but, at the same time, continue to rain down punches on the opponent. An example of a fighter with excellent reach would be Deontay Wilder.

This style of fighting requires someone who is highly-talented, tactical, and at the same time patient. Since this style relies on frustrating the opponent enough to make mistakes, a counter-puncher needs to make his/her moves very strategically. Alongside intelligence, a counter-puncher also requires quick footwork and good reflexes to dodge the punches they want to initiate a counter on.