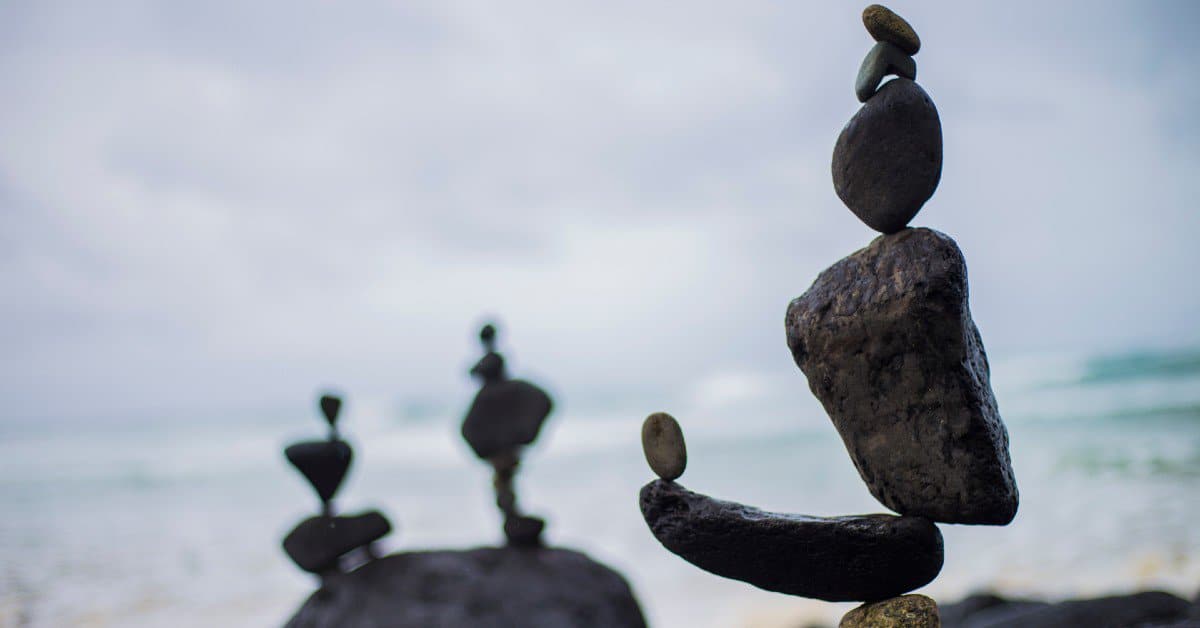 Like a computer, the human brain should be reset periodically in a form of meditation or boredom so that it can resume its daily activities. There’s no difference in martial arts and other sports. Have you ever heard about mushin?

Mushin no shin, as Japanese call it, is a name for a mental state of mind, in which there are no thoughts. This skill is extremely useful in martial arts and is the easiest to achieve by meditation.

Keep reading to find out more about how the idea of mushin was created, and how to reach such a state of mind.

We can define mushin as “the mind without mind” – a state when your brain is not preoccupied with anything else than the specific activity you are performing at a certain moment.

Mushin is achieved when a person’s mind is free from thoughts such as fear, anger, or every other emotion in everyday life. That’s the state in which the person is free to act and react, whatever they do. There’s no hesitation or disturbance in such activities.

This state allows the person to react following their instincts, without thinking about their next move.

However, this state should not be confused with a state when a person meditates to relax and fall asleep. People in such states can feel like they are in a trans or hypnotized to fall asleep. Different techniques are used to reach such goals.

If we go back in the past, we’ll be met with the fact that the famous Zen master, Zen Buddhist monk, and swordsman, Takuan Soho (1573-1645) described mushin in his work “The Unfettered Mind”.

Soho connects aspects of Zen Buddhism and martial arts. Reaching this state leads to the belief in our instincts that our mind will never be so easily disturbed.

“The mind must always be in the state of ‘flowing,’ for when it stops anywhere that means the flow is interrupted and it is this interruption that is injurious to the well-being of the mind. In the case of the swordsman, it means death.”

You may wonder if it is enough to just empty your mind and thus become a martial arts champion. The answer is: absolutely NOT.

Of course, mental training is important, but you can’t defeat someone physically,  just by using your mind.

The best example is riding a bike. Once you learn how to ride without thinking, your consciousness will become familiar with the body movements, and you will start doing it effortlessly.

That’s the recipe you should apply in martial arts, as well: practice, practice, and practice again.  They say sports are like religion and spiritual adventures for a good reason. It is important to challenge yourself to be and do better. It is also important to find the balance, a point between anger and apathy.

Therefore, it is clear to the believers, but also to those who are not, that accepting one’s own failure and constant learning lead to the achievement of desired goals.

If you are still wondering if this kind of thinking and belief in one-self is real or not, be sure to check out the press conference before Conor McGregor and Jose Aldo fight. We all know how that one went out and the story behind it.

How to Achieve Mushin?

One of the ways (perhaps the best) to achieve mushin is meditation.

Meditation has been mentioned throughout history in the first written monuments of India and some parts of Asia, as well as ancient tribal communities. In the East, meditation developed into yoga, and in the West, it took its form in prayer.

You don’t have to go to the Himalayas to learn to meditate. You can practice it in the comfort of your own home. Anyone can meditate, regardless of their knowledge and abilities. Completely emptying your mind may seem impossible, and it might be to someone who meditates for the very first time.

Once you train your mind to meditate like you train your body to ride a bike or fight, this will become much easier. What you need is just a quiet corner where no one will disturb you, for at least 15 minutes.

In order to achieve a state of deep peace and harmony, which is the basic goal of meditation, you must learn how to accept and release your own thoughts, with proper breathing.

Before you start meditating, turn off your cell phone and any devices that may disturb you. Complete silence is not necessary. You can put relaxing music or e.g. the calming sounds of rain or sea waves to help you empty your mind.

For basic meditation it is enough to follow 4 steps:

Once you are comfortably seated on a rug or a pillow (or lie down, if it suits you better), close your eyes.

Take a deep breath through your nose feeling your lungs filling with air. Feel positive energy entering your body.

Then exhale (let the exhale be a little longer than the inhale) and feel all the tension disappear from your body. Repeat several times.

Keep breathing relaxed and watch what happens to your body. Remember: your eyes are still closed. Just feel the air travel through your nostrils all the way to your lungs.

Notice how the chest expands with each breath. With each exhalation, your belly looks like an inflated ball.

Whatever you feel at the same time, itching, tingling, warmth, accept it, and let it happen.

With each new breath, you will become more relaxed.

If your thoughts wander, let them do it. Observe them for a moment and let them simply pass through you. Don’t let them take control.

Thoughts that bothered you will briefly go away. Consciously turn your attention to breathing.

Stay in a sitting or lying position for a short time. Open your eyes and be aware of the moment. With each new meditation, your thoughts will start to disappear.

If you prefer something else, except for meditation, you can just go hiking. The Japanese (again) have a concept called Shinrin-yoku, which means “forest bathing”. The human connection with nature is necessary and useful.

Maybe it will sound funny, but computer games (e.g. Tetris) can be also a great source of inspiration requiring rapid decisions.

No matter what is going to be your choice, only you have to do is believe.

What Is the Use of Mushin in Martial Arts?

If you think UFC fighters (for example) try to work out all the angles and distances in the exact moment when they want to land a punch, you’ might be wrong. They simply use their subconscious.

Amardeep Parmar, an entrepreneur from India, claims that he learned the concept of mushin from Karate masters in Okinawa. If we don’t get it, he says, it’s because we don’t trust ourselves.

When he started practicing Kata, a series of moves in Karate, he needed to focus intently on every next move.

After years of training, he could simply rely on his body because his muscles remember what to do.

Our subconscious doesn’t bother with irrelevant things, that’s the point. When it comes to fighting, a person should “go back” – remember the feeling they had during the meditation and achieve it before the fight. That way a fighter has an empty mind during the fight and does not let his emotions or irritations get to him.

Is It Possible to Fight Without Thinking?

Everything we have said so far leads us to the conclusion that not only it’s possible, but it is necessary to exclude thoughts during the fight.

When you fight, you should exclude all your emotions, especially the negative ones. If you’re angry, you cannot properly concentrate on your performance. So, be angry before the fight, or after it.

If you know how to control your breath, you can control your heart rate. Your body will be extremely relaxed.

Somehow, we got into the habit of mentioning the legendary Bruce Lee, so here it is another one of his great advice for fighters:

You have to believe in yourself and trust in your skills. Don’t bother about your next move. Your subconscious knows what to do once you train it.

If you’re practicing enough, you’ll know exactly what you have to do in the moment of necessity. That is mushin.