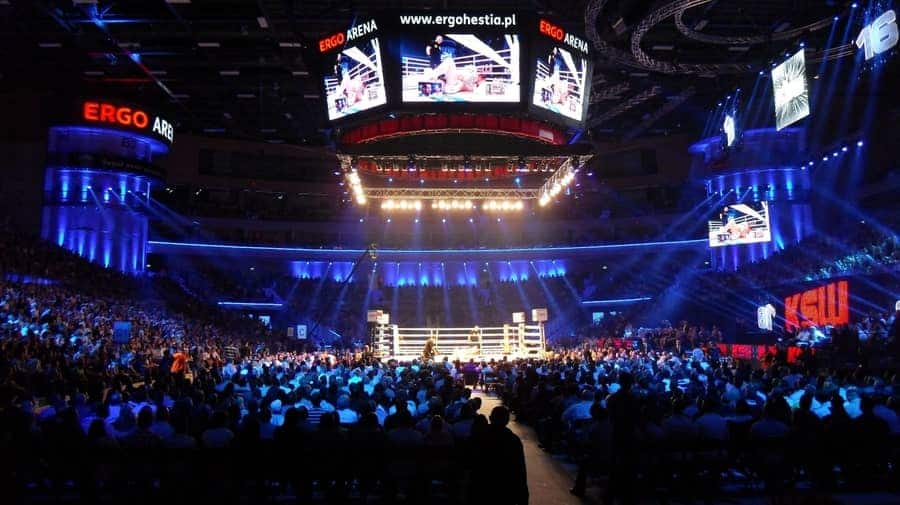 The UFC holds its events, or cards, almost every weekend (usually Saturday nights). There are multiple fights during each event. Sometimes, more fights will be held during a particular event, sometimes less. Sometimes there are more recognizable fighters fighting, sometimes less. During some events, we’ll see championship fights, during some we won’t. So, what’s the difference between all these events? Or are they all the same?

The biggest type of UFC events are the PPV (pay-per-view) events. They are marked as “UFC “. The number after the “UFC” refers to the chronological order of the PPV event that was held, starting at UFC 1 and going all through the UFC 248 (at the moment the article was written).

Since these events have to be paid to be viewed, they almost always feature one or more championship fights. They also have feature the UFC’s most recognizable names.

But what about the other types of UFC events? As we said, there are UFC PPV events, but there are also UFC Fight Night events and UFC on ESPN type of events. Although all UFC events have a similar concept – featuring a set of scheduled fights – there are some differences. With UFC PPV (the so-called “numbered” UFC events) events being the largest, let’s talk about them a little bit first.

As we already mentioned, PPV stands for pay-per-view. This means that, in order to watch “numbered” UFC events, one has to pay an additional sum of money, on top of having a subscription service, digital cable or something else, depending on the viewing country. The PPV type of service is used when broadcasting professional boxing matches, UFC, pro wrestling, and sometimes even concerts.

UFC holds PPV events roughly once a month (sometimes there are 2 UFC events per month, and sometimes none, but both of these situations are rare). They are held in the world’s most famous fighting arenas, like the Madison Square Garden in New York, or the MSG Grand and T-Mobile Arena in Las Vegas. Sometimes, PPV events are held outside the USA, usually in Brazil, Canada, or Australia (usually when the champion or the challenger is from a particular country).

Although it is somewhat of a tradition for PPV events to be headlined with a championship fight, there are some exceptions. Some time ago, championship fights were the most talked about thing in UFC. Everyone wanted to see whether the champion would retain the title or not. As PPV events are the ones that bring the big bucks, it is common sense for them to feature the most popular fighters.

As stated, years ago, the champions were the ones who were the most popular. But ever since the “McGregor era”, things have changed a bit. With the global explosion of UFC’s popularity and tons of new viewers tuning in every day, some fighters are more popular than the current champions.

Conor McGregor is the perfect example – he headlined 3 of his 6 PPV events while not being a champion or not even fighting for the championship. UFC 244 also comes to mind, where the main event was a fight between Jorge Masvidal and Nate Diaz (neither of which was a champion or a contender), who fought for the BMF title. So as time goes by, there should be more and more main event fights on PPV events that are title fights.

Only a BMF can earn this belt! #UFC244 pic.twitter.com/VqOiQ0vlKk

With UFC PPV events serving as the biggest source of income for the company, the number of PPV tickets per event determines a fighter’s star power. So, let’s see which PPV events (and fighters who headlined those events) made most PPV buys.

In this article, you can find exactly how much the UFC fighters are getting paid for these PPV events and what the other sources of their income are.

With “numbered” PPV UFC events being the best the company can offer, there are also “regular” UFC events almost every weekend. They are called UFC Fight Nights.

As already explained before, “numbered” UFC events are PPV, i.e. you have to buy a ticket to watch them. They feature the best fights on the roster, with championship fights headlining the event. On average, numbered UFC events are held once per month.

On the other hand, UFC Fight Nights are smaller types of events, usually held every weekend, that you can watch without buying the PPV. They consist of somewhat “smaller” fights and rarely feature a championship fight.

These days, UFC also features the so-called UFC on ESPN type of events. They are almost identical to the UFC Fight Night, except for the place where you can watch them.

Regarding the number of fights per different type of UFC event, they are almost identical, ranging around 12 or 13 fights (maybe less if some fight gets cancelled). And now, let’s see where and how you can watch different types of UFC events.

Where to Watch UFC Events?