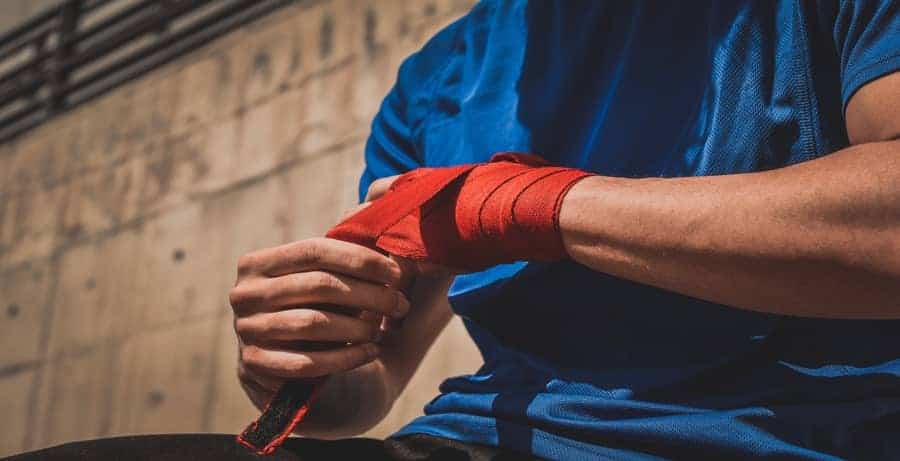 One of the questions you always ask yourself when starting doing some sort of sport is – am I too old? Certainly, when you start off at a young(er) age, the question doesn’t really come up, but if you start in your late twenties, thirties or even forties, you ask yourself whether you should just stay at home, read a decent book and watch CNN or really put yourself into some dedicated training?

You are never too old to start boxing. There are plenty of reasons why you should start with boxing regardless of your age. If you start boxing at an older age, you will get in better shape, be healthier, socialize more, feel younger, and have better mental health.

Although you can ask yourself this question in any discipline, martial arts tend to cause more dilemmas because of the individual and physically demanding nature of the sports. One of those arts is boxing and, in this article, we are going to answer the question whether there is an age limit to start with boxing.

People usually start doing sports at a young(er) age. Children usually do it on their parents’ incentive, while adolescents tend to explore different disciplines themselves.

But there are a lot of people who start doing sports at a much later age, without having any prior sporting experience. Although we could not get our hands on exact statistical data, we all know someone who started running, working out, playing tennis or basketball in their thirties or forties, just for the fun of it and to stay healthy, of course.

Plus, if you just look it up on Google, you will find a large number of forums and board where people share their experience of commencing with sporting activities, pondering whether they are too old or not.

Most people end up as (solid) amateurs, but there are a lot of examples of people who started off with a sport unusually late in their lives, but became well-known professionals.

For example, famous football (soccer) strikers Ian Wright, who played for Arsenal, and Didier Drogba, arguably the best Ivorian footballer ever, didn’t start playing professional football until they were 21. Famous NBA center Hakeem Olajuwon started playing basketball when he was 15, which was a relatively old age to start, and still became one of the best players ever.

There are also examples from the world of boxing. Ken Norton, the man who would beat Muhammad Ali and become a WBC heavyweight champion, did not start boxing until he was in the Marine Corps.

The question of age and sports is not just related to start of sporting activities, but also the end of such activities. One should never stop doing sports, but it is difficult to maintain a professional level of activity at a later age. Still, there are a lot of examples of people that defy nature’s and society’s usual norms and still do professional sports, despite being what is generally considered to be too old.

For example, Japanese football player Kazuyoshi Miura still plays professional football for Yokohama FC, despite being 53 years old! A lot of boxers also had professional fights in their forties, even fifties and the legendary George Foreman became champion at the age od 45(!) when, in 1994, he defeated the 26-year-old Michael Moorer for the heavyweight title.

Are You Too Old to Start Boxing?

So, to answer your question – are you too old to start boxing? – no, you are not! There is no bad time in life to start doing sports, and boxing is not an exception. People might look at you queerly, but you should not mind that, you’re doing it for yourselves!

Still, you have to bear in mind that you have to predetermine your goals before starting. If you want to remain a (solid) amateur, the age limit is practically non-existent, because as an amateur you’re the one dictating the pace, the pressure and the decisions. There are no external factors that can force you do something or not do it.

If you want to turn pro, you have to bear in mind that there are a lot of external factors that determine how your career plays out. Certainly, starting in your late twenties or early thirties still enables you to retain a chance of becoming a professional, but professional managers and organisers are less interested in older clients so you’d have to have a bit of luck as well.

Also, the physical strains on your body are much harder at a later stage of life, so bear in mind that if you plan to turn pro at the age od 35, you’ll have to work a lot harder than your adolescent peers.

10 Reasons Why It Is Never Too Late to Start Boxing

Having said all of this, we shall give a list of 10 reasons why we think it’s never to late to start boxing, although bear in mind that you have to decide whether you want to remain an amateur or turn pro. That goal should, in a very large percentage, influence your final decision on if and when to start boxing. Here are the reasons:

And that’s it for today’s article. Now that you are a step closer to starting your boxing journey, check out what equipment will you need. Keep checking to see our new content and more on the topic of martial arts.