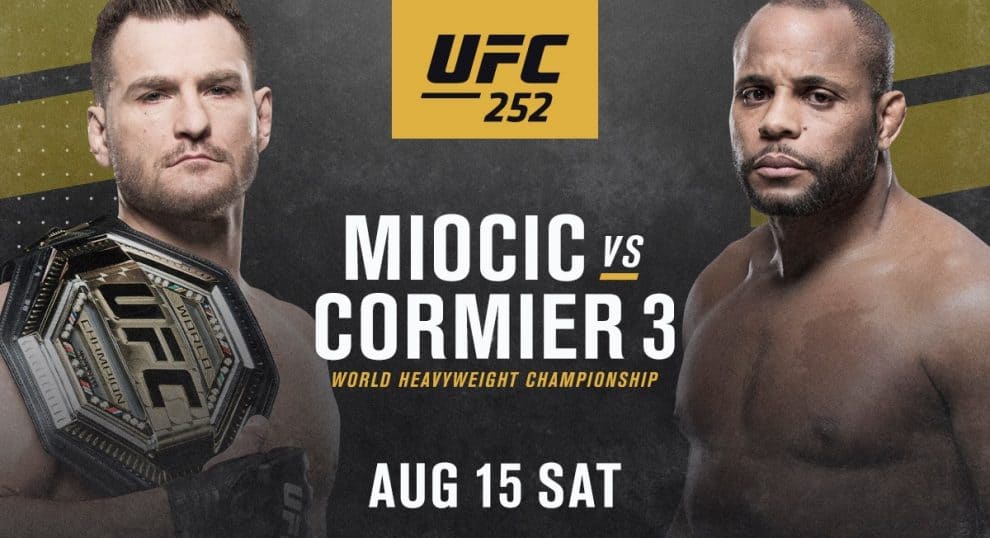 We entered UFC 252 “Fight Week”. There are only five days left until the night when we will not sleep or the morning when we will wake up earlier than usual (depending on where you are). UFC 252 is ahead of us, a spectacle after which we will finally find out who is the winner of the biggest duel in the history of the UFC heavyweight division, which lasted a full two years and a month.

The standard for entering Fight Week, Countdown has been released, an announcement that brings us stories from both camps, but this time with some new footage from the first two fights, which we haven’t had a chance to see so far.

In the great resolution, with 60 “frames” per second, we follow a story in which we can get to know two great fighters even better, but also their families. Not only were the cameras in the halls of their teams and houses, but we can also truly peek into some other parts of their lives as well. We also recalled the situation with Stipe waiting for a rematch while DC was waiting for Brock Lesnar and we found out what Cormier’s life looked like after the second fight while he was waiting for Stipe. All with the goal of preparing as well as possible for the night from Saturday to Sunday.