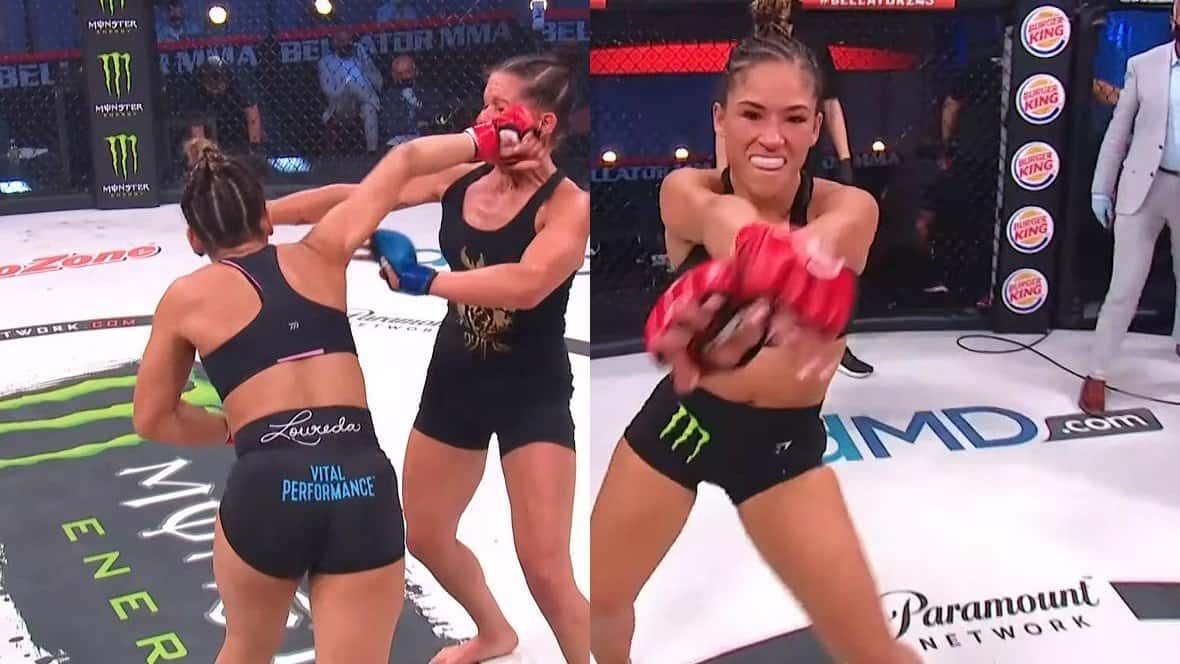 22-year-old Valerie Loureda returned to the arena after more than a full year and had no easy job. Her opponent Tara Graff came motivated and tactically very ready, all with the goal of stopping Bellator’s big hope. Graff did her job very well, until the moment that happened just five seconds before the end of the second round and that showed how dangerous and deadly Loured can be in just a split second.

Graff set the pace from the start of the fight and forced Loured to move along the fence of the arena, which did not suit her at all. She dictated the pace and in the first five minutes, we did not see much of Loureda, while Graff certainly did enough with the pressure to win the first section. The second round, however, saw more action. Graff was more aggressive again, but Loureda has now found the distance from which to hit good shots from the counter, presenting her taekwondo base. Still, nothing more serious was seen until five seconds before the end of the round.

Graff then hit a left low kick but didn’t pay attention to where her hands were. Loureda saw the opportunity, opened the position with a slightly weaker left kick, and then hit the surgically precise right crochet into the chin. Graff fell, and Loured took advantage of the remaining few seconds, prompting referee Mike Beltran to end the fight literally with a sign for the end of the round. The euphoric Loureda loudly celebrated the victory, then did something in her style, danced.

👊💥 @ValerieLouredaa goes 3️⃣ & 0️⃣ as a pro with a nasty KO win tonight at #Bellator243. pic.twitter.com/Z35Q5HqKvp

If the above footage doesn’t give you a good enough insight into what happened, Bellator shows its introductory fights on YouTube, so we shared that video as well, from the moment shortly before the finale. Young Loureda has certainly shown a part of her talent, but everything that has happened so far is just a sign that she still has a lot of work to do before she becomes a serious fighter ready for the greatest successes. Fortunately, she has a promotion behind her that will give her enough time, but also opponents through which she will be able to build to the required stage.