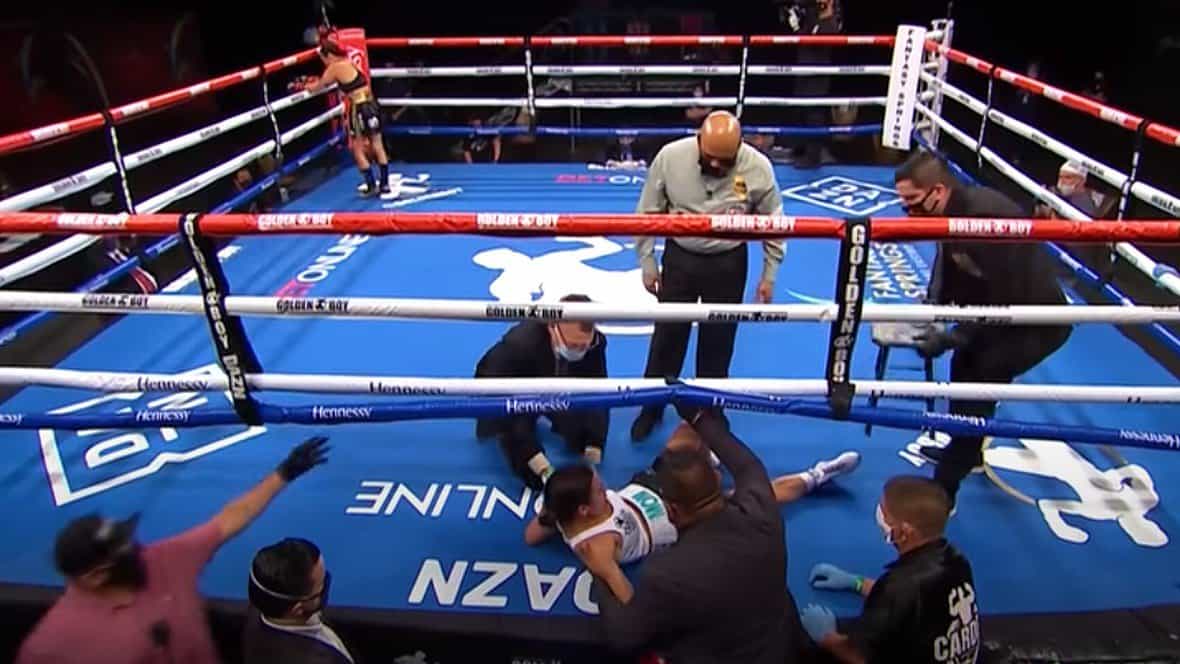 The 28-year-old nicknamed ‘Super Bad’ knocked out Miranda Adkins (5-1) in just seven seconds in front of the empty stands of the Fantasy Springs Resort in California, which is, according to the writings of the renowned martial arts portal BoxingScene, the fastest knockout in women’s boxing history.

Immediately after the signal for the start of the match, Estrada headed towards Adkins and threw seven blows that knocked her down and left her rival unconscious.

“I have a lot of respect for her because she agreed to this fight. I knew there was more experience behind me. And the finish? Once the match started, I ‘let go’ of the punches and couldn’t stop,” said the interim WBA flyweight champion, and WBC (Silver) champion in the junior fly category after a historic victory.

Let’s also mention that Estrada was actually supposed to fight Jacky Calvo at this event, but her original opponent withdrew due to a knee injury.