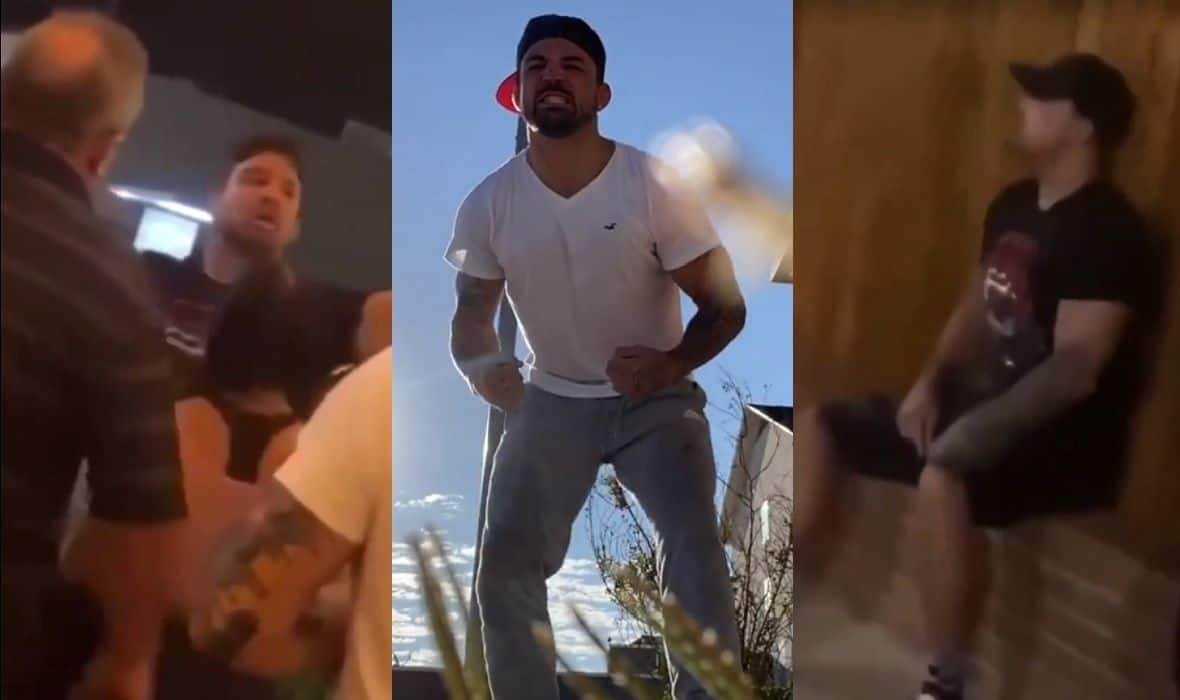 The UFC’s welterweight fighter, Mike Perry, could soon find himself in big trouble.

Fighting websites, social networks and forums are literally on fire this morning after a video taken in a bar within the state of Texas was released to the public. On it, we see popular UFC fighter Mike Perry arguing with an older man, whom he punched at one point and sent to the floor.

At the very beginning of the footage, we see Perry quite out of control, while his girlfriend tries to get him out of the bar, which he initially refuses. As soon as they came out in front of the building, Perry stops at one point and says he will stay and starts arguing with the girl, until an older man approaches him.

Perry then started talking about how someone had touched him and that he would not leave the bar because then someone would call the police. At one point, Perry and the said person started pushing and Perry through a hit, which sent the older man to the floor. Perry reacted even worse at that moment, shouting loudly at the others to retreat. Then he sat on the bench on the side and we can still see him shouting at the girl that she was not on his side. You can see everything well in the available footage.

Mike Perry in a bar fight last night over someone “touching him”.

This is pretty disgusting behaviour from a UFC calibre fighter. Acting like a complete child. pic.twitter.com/ZAuxZTtXtW

The author of the recording stated that it was an incident that happened last night, but this has not been officially confirmed. Still, it’s significant that Perry is wearing a “UFC Fight Island” T-shirt, which is proof that this is a fresh shot and probably accurate information.

The situation is certainly not good for Perry, who has already had problems with the law, including serving a prison sentence. The life of the 28-year-old fighter from Flint has actually been quite chaotic lately. Behind him is the rift he caused in Jackson Winkeljohn Hall, the abandonment of the wife he had been in a relationship with for many years, the finding of a new girlfriend, and the rejection of all teams and coaches. Many thought he was joking when he said he would only have his girlfriend Latory Gonzales in his corner during the fight, but that’s exactly what happened in Las Vegas last month. Despite this, he managed to defeat Mickey Gall.

After all this, the question is whether Perry will continue to be part of the UFC roster. We remember a time not so long ago when the UFC fired fighters for fewer incidents or misconduct than this.