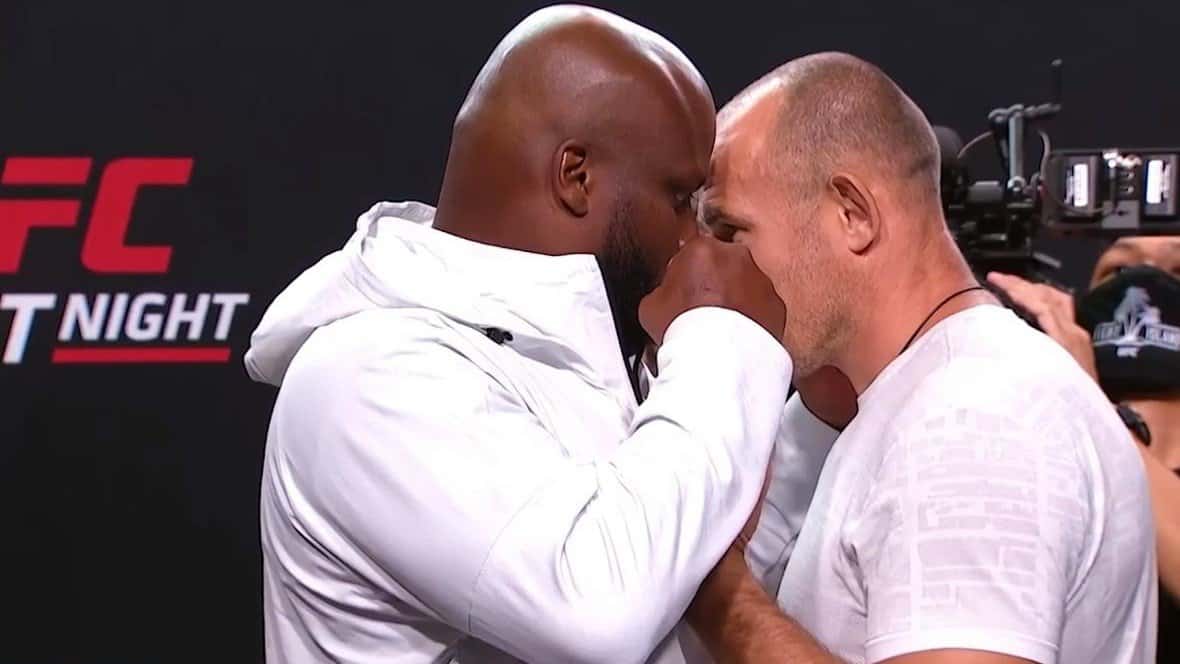 After an official weigh-in, in which Lewis weighed as much as 37 pounds more than Oleinik, the biggest difference in weight between two fighters in the modern UFC, the UFC immediately confronted all Fight Night 174 participants.

It was the confrontation between the main stars that was the fiercest and it was difficult for Lewis and Oleinik to get closer to each other. All this is just a sign that the fans are probably expecting a fierce and tense clash. Lewis spiced it all up further with his food-spitting incident, but Oleinik remained a gentleman to the end. He probably won’t be like that after the fight starts.

Below you can see the confrontations for all 11 fights.