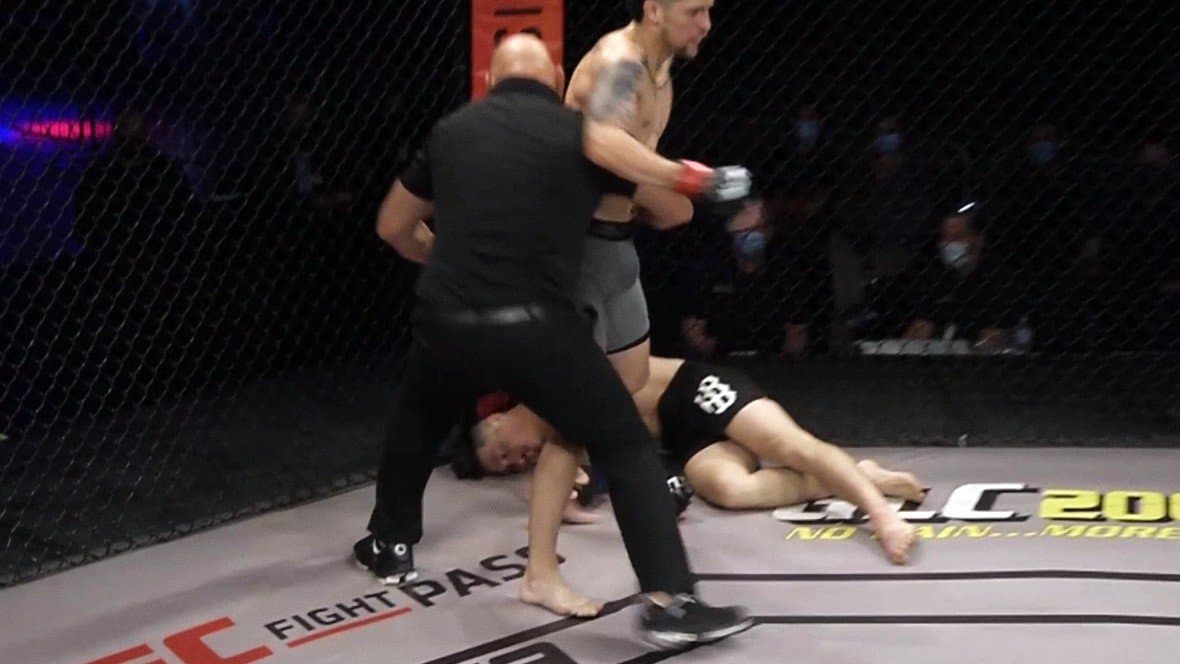 He lost consciousness the same second but eventually left the hall as the winner.

The Legacy Fighting Alliance (LFA) returned to the scene on Friday and attracted the attention of the martial arts with the first event after the corona break.

The fighting event from South Dakota made headlines in many media outlets mostly thanks to a match in which we watched former UFC fighter Boston Salmon (7-3) and veteran Shawn West (16-11-1 NC).

Namely, in his first performance after leaving the UFC, 29-year-old Salmon was severely knocked out with an illegal move, which is a knee to the head that ‘sat’ in the moments when he was on the floor. Which, of course, is not allowed…

The Hawaiian nicknamed ‘Boom Boom’ lost consciousness the same second, and West set out to celebrate the victory. However, his celebration was short-lived as he was disqualified shortly afterward and the victory at the LFA 84 event was attributed to his rival.

See the situation from the second round below: