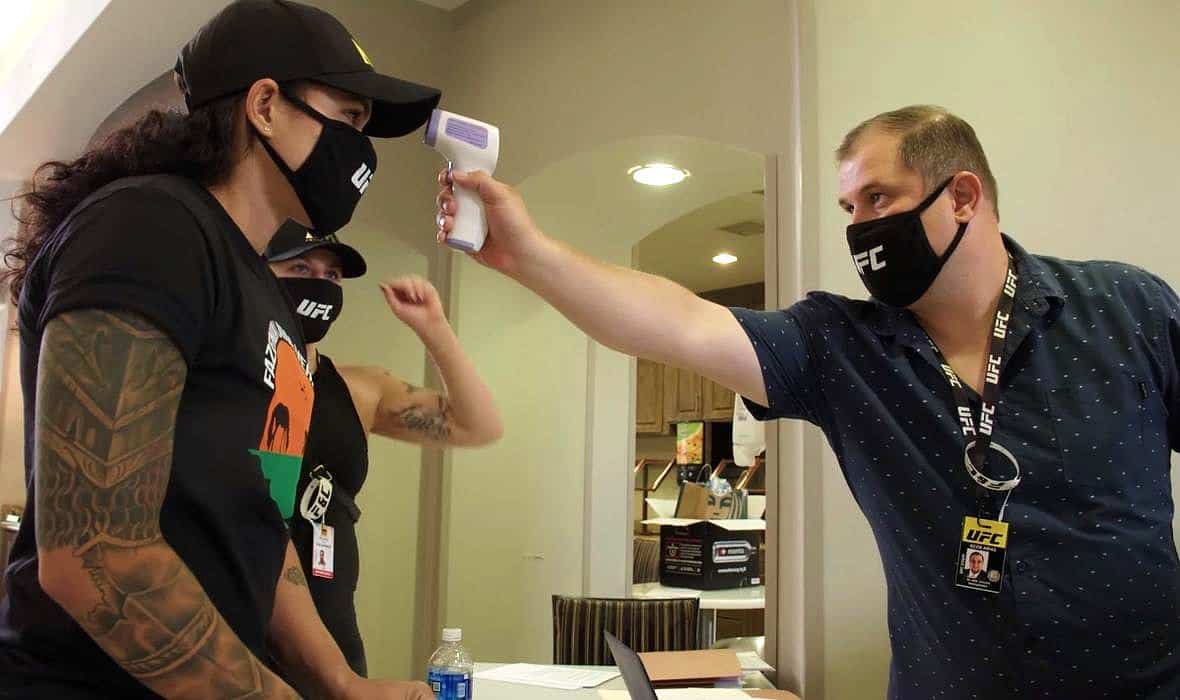 The first episode of the UFC 250 Embedded series has been posted on the official UFC YouTube channel, in which we follow the arrival of participants in Las Vegas and all the processes they must go through.

This UFC Embedded series started a little later than usual, but for a very clear reason. This time, the UFC could not afford to travel and visit the fighters at their homes, but they started filming them only after they arrived in Las Vegas, where they will perform at the UFC 250 event this weekend. The cameras followed the participants of the main three fights.

The honor of opening the series was given to Aljamain Sterling, who was already training in the hall of the UFC Institute on Saturday, and after him, we see Cody Garbandt arriving at the rather empty airport. He got the most space in this episode, as he was accompanied in training as well.

At the airport, cameras also greeted Amanda Nunes, while the second half of the episode was dedicated to events at the hotel with the fighters. There we see the remaining major stars, but also part of the protocol of the state of Nevada that everyone must adhere to.