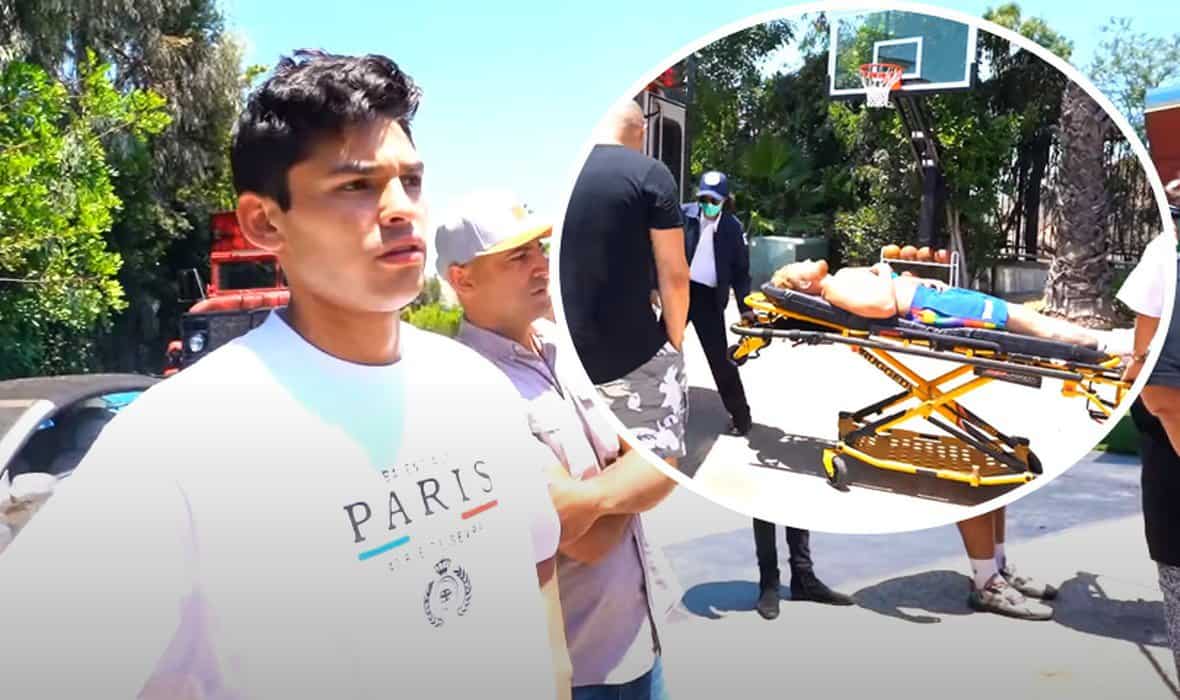 Undefeated boxing super talent Ryan Garcia, who is often called as the owner of “the fastest hands in the boxing world,” was convinced he had more seriously injured YouTube star, Jake Paul.

Namely, Paul contacted young Garcia these days and asked him for help in filming his version of the ‘body shot challenge’, and behind it all, of course, was a plan with which he wanted to fool a famous boxer.

Jake adjusted himself, receiving one test shot and then five consecutive blows to the body. After the last one, he began to writhe in pain in front of the crowd. Ryan’s smile and good mood were suddenly replaced by a worried expression on his face, especially when he learned he would have to call an ‘Ambulance’.

At that moment, Garcia began to convince the people around him that the ‘fatal’ blow was not so strong, and in the end, he decided to go to the hospital with Paul.

However, there was no need for the latter because he was already told in the vehicle that he had fallen for a prank.

Sent @jakepaul to the hospital ? get well and no way we will do the #bodyshotchallenge without the protector again ??