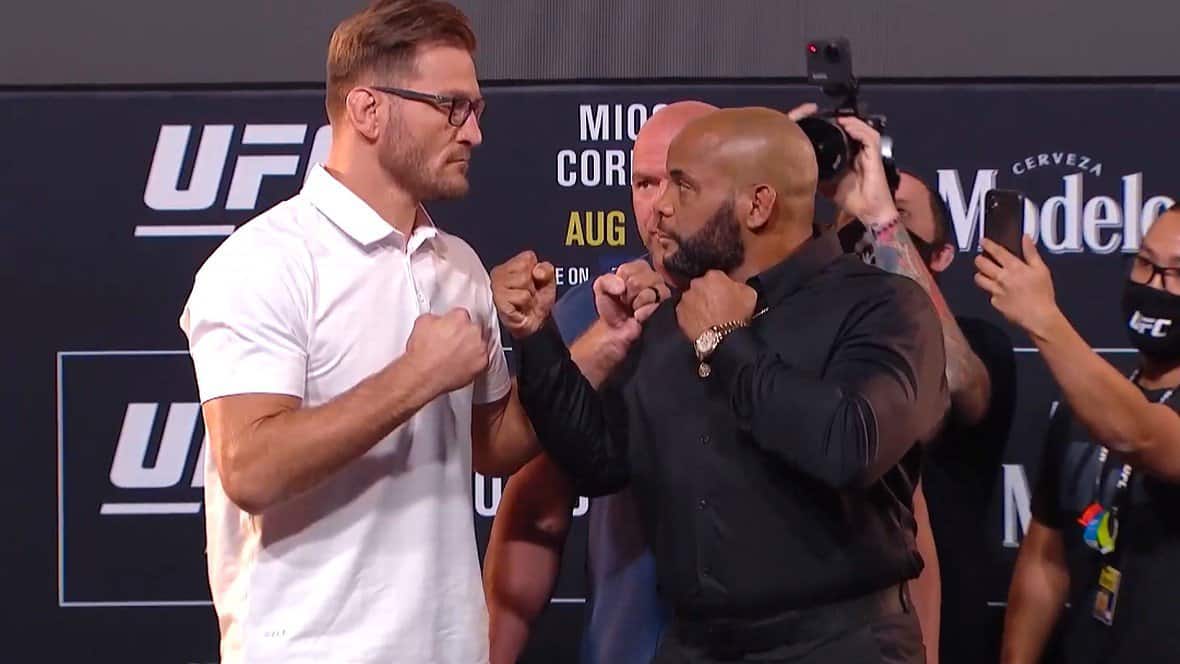 This weekend, a big UFC 252 event is scheduled, ie an event where Stipe Miocic will defend his title against a very well-known rival – Daniel Cormier.

This will be the current champion’s third consecutive encounter with the same opponent making Stipe actually a unique case in UFC history.

For more than two years, Miocic has been preparing and has the same rival in his head, and during that period he and DC confronted the press several times. That latest encounter of that nature happened this Friday, and how it all looked best to check out below.

Who leaves as the heavyweight ?? ?@StipeMiocic vs @DC_MMA – Legacy is on the line! #UFC252