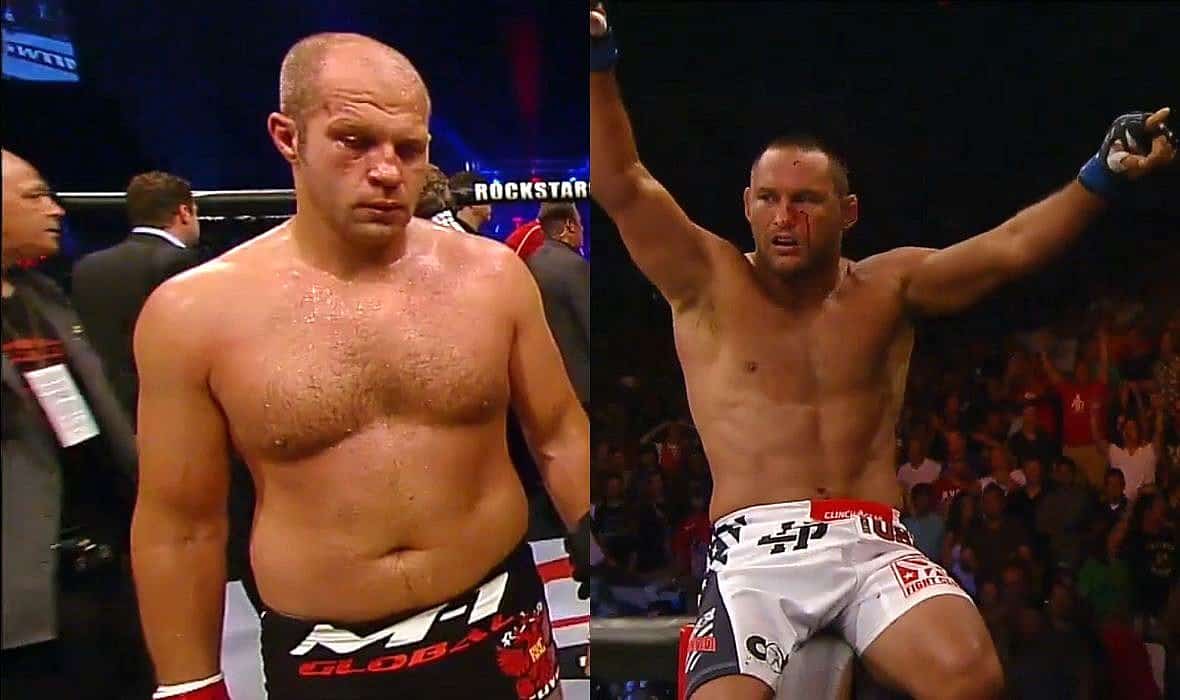 No MMA promotion in history has managed to get as close to the level of Pride and later the UFC as Strikeforce has. The promotion in which we first met today’s President Bellator, Scott Coker, had behind it a very strong Showtime television station, great sponsors, and phenomenal fighters. Each event brought top-notch “fight cards,” and one of the ones fans will remember the most took place on the night of July 30-31, 2011. It is a program led by the Strikeforce light heavyweight champion Dan Henderson and then still the world’s greatest MMA fighter, Fedor Emelianenko.

After Tarec Saffiedine continued his way to a later title with a win over Scott Smith and after Tim Kennedy took the win by referee decision over Robbie Lawler, Tyron Woodley also defeated Paul Daley by decision. After that Miesha Tate climbed to the top of the world by winning the bantamweight title by defeating Marloes Coenen and everything was ready for the main spectacle. Then still 33-year-old Fedor came to wash away the bitter taste of two defeats in a row inflicted on him by Fabricio Werdum and Bigfoot Silva, while six-year older Henderson sought a career victory, on waves of earlier winning the title. But rarely anyone fought the Russian wasn’t a big favorite. Fedor weighed 227 pounds, while Henderson weighed 207. That is, Dan was only a pound above the light heavyweight limit.

How motivated he was, Fedor showed from the first second of the fight. He immediately started fiercely and aggressively, and Henderson accepted that, hoping that he could hit his famous “H-Bomb” in the beginning. After about 45 seconds of crazy substitutions, there was a clinch that Henderson controlled right up to the middle of the round. Returning to the middle of the cage, Fedor catches a better rhythm, moves fantastically, and starts creating problems for his opponent. Fedor attacked once, initially shaking Henderson, but this time he stayed on his feet. However, after the next violent attack, right at the entrance in the last minute of the first round, Hendo ends up on the floor, and the great Russian goes for him in his own style, with the aim of ending the fight with a cannonade of blows.

Then what no one expected happened, especially not Fedor, who due to a moment of inattention suffered his probably heaviest defeat and the defeat he can hardly forgive himself. While receiving blows, and the audience was on their feet with huge applause and waiting for the end in the famous style of “The Last Russian Tsar”, Henderson managed to sneak along the fence of the arena, get up briefly on his knees, and then hit an unexpected uppercut right in Fedor’s chin. While it’s hard to imagine that a kick from that position could reach enough strength to knock out, especially a man no one had knocked out before, the surprise factor was probably crucial for Emelianenko losing consciousness long enough for Henderson to appear in a position to hit a few more punches and force Judge Herb Dean to stop the fight.

Fedor thus ended his adventure at Strikeforce with a three-fight losing streak and a debut win over Brett Rodgers. After the purchase of Strikeforce by the UFC, he again failed to reach an agreement with Dan White and the Fertitta brothers. He did the next three fights, until his temporary retirement, in Japan and Russia. He returned to fighting in 2015 and is currently a member of Bellator, who should organize a “retirement tour” for him along with a few more fights.

Henderson returned to the UFC after this victory, where he reached the status of a light heavyweight challenger, but due to injury, he did not fight for the title in the end. Fight for the middleweight title he got in October 2016. In that fight, he was defeated by a unanimous judge’s decision from Michael Bisping, after which he retired. He currently runs the Team Quest Hall and the MMA team, which he founded in 1999 together with Randy Couture.