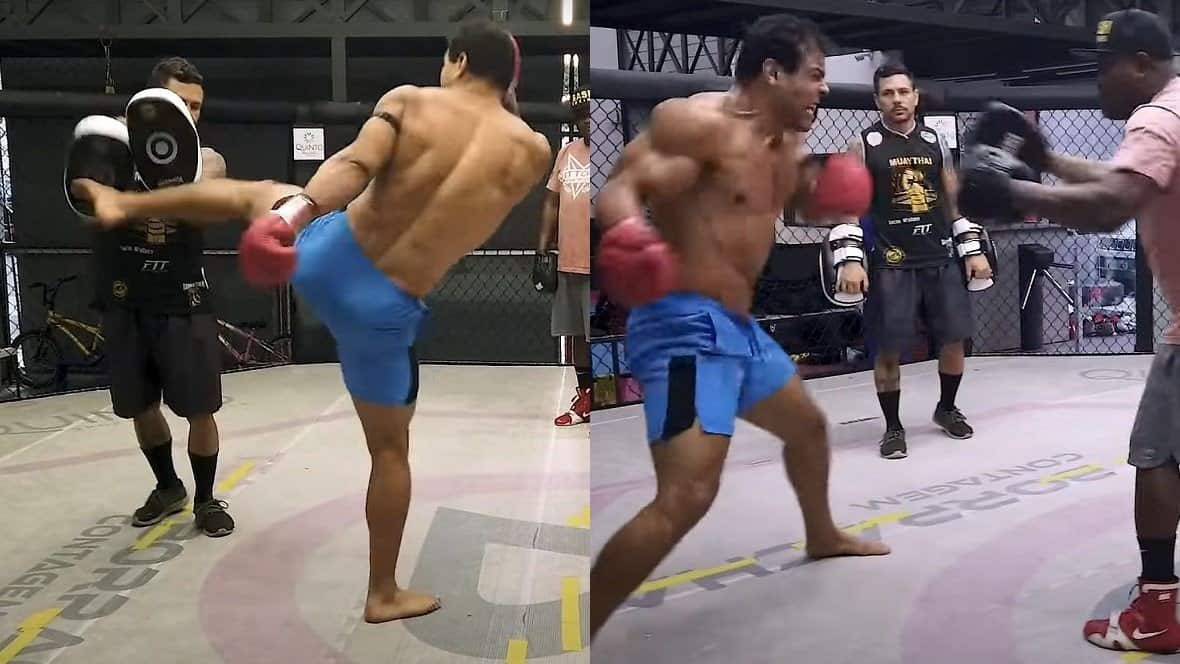 Through his YouTube channel, Paulo Costa has decided to document preparations for the fight against Israel Adesanya, through which he will attack the title of UFC middleweight champion. The fight will take place at UFC 253, Sept. 19, which would mean the Brazilian has entered the main phase of his preparations.

At the moment, most work is being done on the strength and speed of the strikes, and we have to admit that Costa already looks impressive. And this does not only mean his well-known physical condition and constitution, but also the way he does his job. At least that part that he decided to publish.

In a training video lasting just over three minutes, we can see the alternation of a series of kicks and boxing techniques that Costa practiced with his coaches. So at one point, he hit as many as 23 kicks in a row, which took him only 23 seconds, and boxing strikes are not far behind. At the very end, there is also some grappling.

Truly no one is surprised by the excitement of the fans before the fight that follows. It is enough to watch the video below the text to come up with very clear reasons for that.