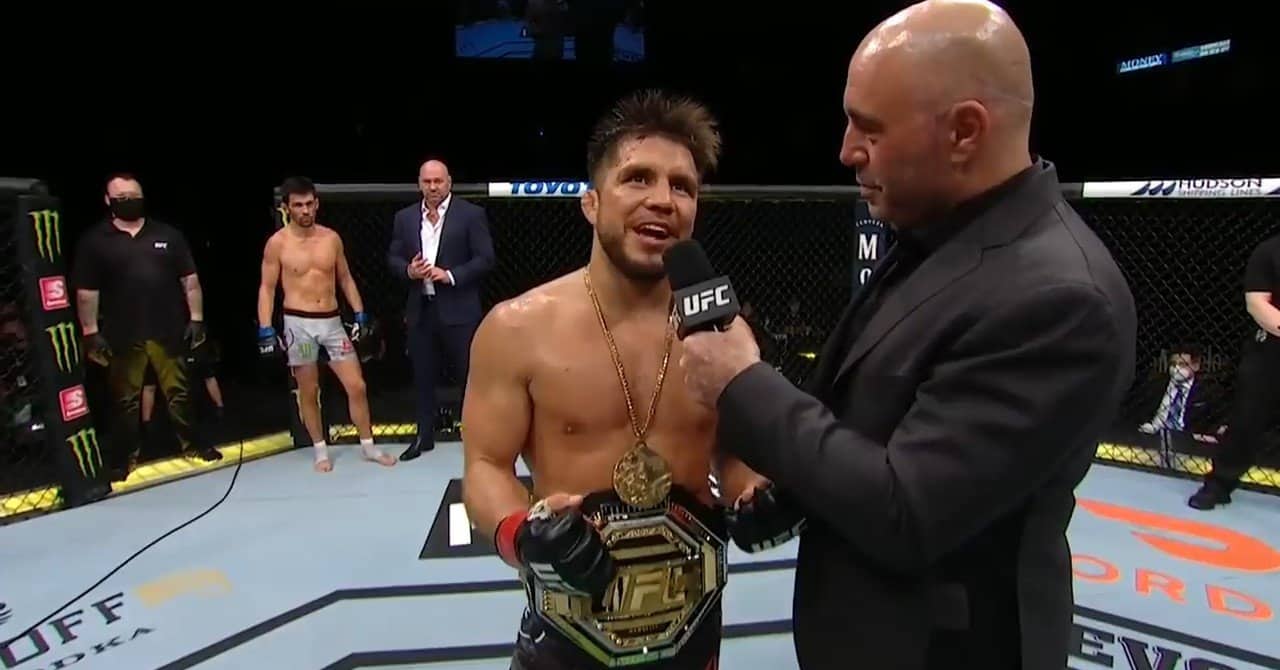 Henry Cejudo is currently enjoying a martial arts retirement, which he headed into after defending his UFC bantamweight title at UFC 249 with a win over Dominic Cruz. As a successful MMA fighter, he was given the opportunity to visit Mike Tyson at his ranch in California, but not only that.

Cejudo got a chance to train with Tyson by Mike showing him his hook technique. As things stand at the moment, the question is whether Cejudo will ever need something like that again, but we know how it is with the fighters. Rare are those who stayed in the first retirement permanently. After all, Cejudo mentions the possibility of a boxing match, so what he is doing makes a lot of sense.

In the video he posted, we first see Tyson’s presence, and then how Cejudo used the new knowledge.

Training with the legendary @kingsmma_hb and the watchful eye of Uncle Mike. #C4 ???+?