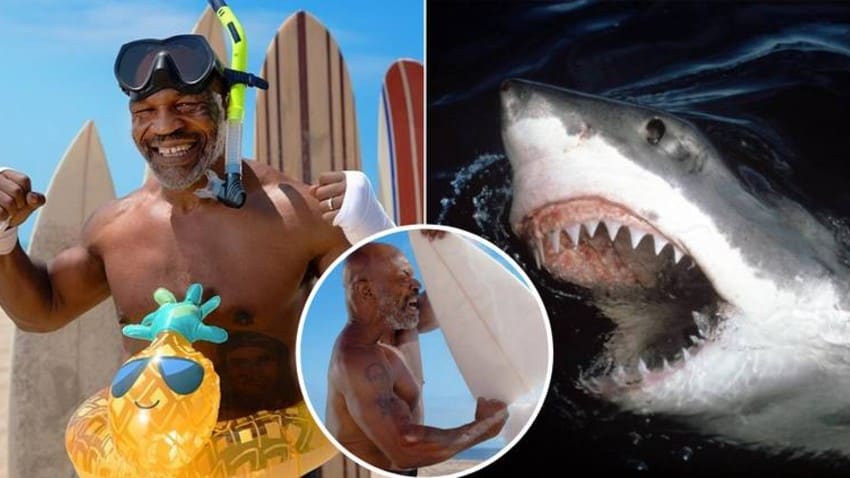 The Discovery Channel team went to great lengths to “pack” the story of Mike Tyson’s match and the great white shark through marketing, as originally announced by the “Tyson vs. Jaws” program, as part of the traditional “Shark Week” organized by probably the largest documentary television network.

Through that promotion, they were able to get viewers to think they would get a chance to see a boxing duel between Mike Tyson and a shark. The duel in three rounds was eventually seen, but not boxing. Yet here science came first.

Tyson actually did a three-round duel with several different sharks, which looked like this: In the first round, Tyson had to dive along with them, while in the second round he was released to the bottom of the open sea, where the goal was to push the shark away if it came too close to him. The hardest part, which Tyson himself said was scared to death, was the third round. In it, Tyson had to catch the shark in the grip and bring it into a state of immobility.

Cameras filmed Tyson succeeding in that, and part of the footage was also posted on Shark Week’s Facebook.

You can check it out below

Discovery declared Tyson’s victory a knockout and named him the world shark champion. In the end, they thanked the viewers with an explanation of how this was all done for the purpose of science.

Tyson can now return to training for the match against Roy Jones Jr., who has experienced a change of date. Instead of September 12, the match will take place on November 28.