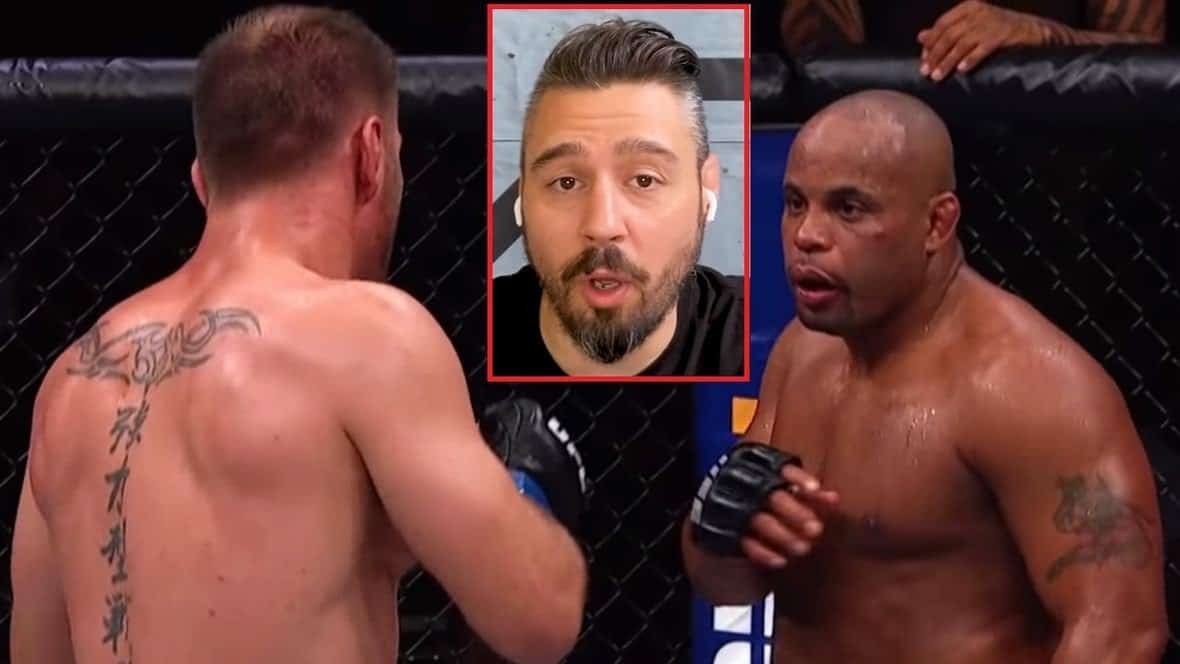 John Gooden and Dan Hardy have once again prepared a great analysis of the big fight, in this case, the third fight of Stipe Miocic and Daniel Cormier, which takes place next weekend at the UFC 252 event.

Hardy once again presented why he is currently considered the best MMA analyst in the world and went through the first two fights and what could be deduced from them, and based on that he made a forecast of what could happen and what the fighters will do the most in the third fight.

For a start, he announced without hesitation that this time we should not expect a stoppage, as was the case in the first two fights.

“This time you need to be ready for a tough five rounds. I think they’ll both come to their maximum. This isn’t a fight you can bring one skill into. They both have to give their best fight. I think this is going to be a harder and more uncertain fight than the first two. They both found some surprises in them, but now I think it’s gone,” Hardy said.

He then threw himself into an analysis of the first fight, held in July 2018 at the UFC 226 event. In it, Cormier celebrated by knockout in the first round.

“In the first fight, Cormier surprised Miocic with a few things. I think Stipe underestimated the power of Daniel’s punch. He was too static and that’s where DC’s low kicks came in. But DC also managed to get into a clinch. That’s what Cormier wants and from where he can do the best things. I would even say that DC surprised himself with his strength. The angle from which knock out came Stipe was not expected,” he said and devoted much more time to the rematch. and last year’s victory of Stipe Miocic with a stoppage in the fourth round.

Hardy saw a lot of interesting details in the second fight that both teams certainly took into account when devising tactics for the third fight.

“In the second fight, DC had two good rounds again. Stipe also did some good things in each round. He improved his footwork, but still, DC in the first round caught him and threw him hard and controlled for three minutes. Stipe received a lot of punches and hit a little of them. The second round I expected Daniel to repeat the same, but he didn’t. He chose a stand-up fight, pushed Stipe back, and punished him. I would even say this was an even better round for DC, in it did more damage than in the first and prepared everything for an even better third,” Hardy said, only to then turn to what happened behind it, starting with Cormier’s conversation in the corner between the second and third rounds:

“When he returned to his chair, he looked confident, as if he was sailing through a fight. I think his team reacted much better there. They were much more realistic about the danger coming from Miocic. He had the impression that the fight was completely under his control. He went in the third round intending to do the same and did not expect Stipe to make the necessary changes. The key moment of that round was when Miocic knocked him down. He did not bring much to Stipe, but he proved to me how Daniel started to spend. In the fourth round, Stipe recognized this and began to take control. Daniel kept looking for the same opportunity, but Stipe set a trap for him. He let DC approach him with his arms raised and there he opened up that beautiful opportunity to punch him in the body. Cormier didn’t pay attention to it because it wasn’t a target Stipe had used before. Daniel’s face showed how much it hurt and even in spite of his great poker face. And Stipe prepared everything for that kick. He found a weapon that wasn’t part of his standard repertoire and thus came to victory.”

After that, he switched to what Stipe Miocic should do next weekend if he wants to finish the trilogy in his favor. In particular, he mentioned some things that were obvious, but also some little things that everyone might not have paid so much attention to so far.

“It is possible to arrange perfect tactics for both of them. Miocic must not be as static as in the first two fights because he becomes vulnerable. He moves very well for a heavyweight and has very good shots from a distance. The main thing is to move, he has to stay mobile and keep his distance. If DC has to constantly approach and if he comes to Stipe’s direct, it could become frustrating. DC’s guard is something like an umbrella, defending everything that comes from above and Stipe will have to look for blows that pass under the guard. DC will not be allowed to lower his arms much because it makes his head vulnerable. He will constantly try to put his hands on Stipe, to shorten that distance. There are little things seen in the first two fights from which tactics can be made. Stipe must be patient and know when to attack and when not. There he had problems within the exchanges in the first fights. He rushed, he would miss the attack and then he would receive blows, and there the ego would still appear so he wanted to stay and exchange some more blows. The main thing in Stipe’s tactic should be to avoid clinching and takedowns because that’s for sure what DC will do,” is a comment on what Stipe should do.

As for Cormier, two things should be most important to him. There is a third, which builds on them and which, if he could use it, would almost for sure lead to victory.

“We’ve seen what DC can do against Miocic, we’ve seen what he’s successful at and we’ve seen him get clear rounds. Low kicks could be the key. He has to slow down Stipe and damage his legs. He has to shoot his knees, slow him down and then go for a clinch. He will look for a position from which he will grab his neck with his left hand and then place the blows, but two things are the most important: DC must slow down Miocic and find a chance to get into the clinch. We also saw how good wrestling he has and that he can knock Stipe down. When he catches his back, he is especially good, he works hard to the position where his opponents leave his neck for “rear-naked choke”. If Daniel manages to implement his wrestling, it will bring him round points, and take time from Stipe he should have in the later parts of the fight.”