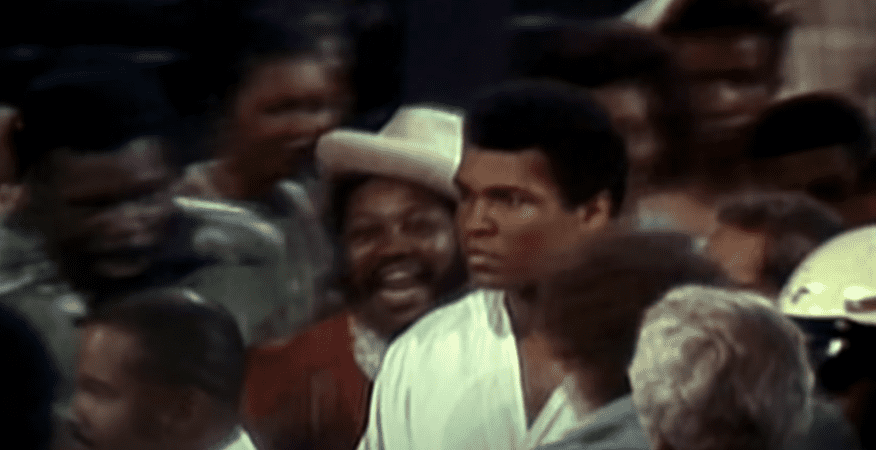 It has been four years since the death of one of the greatest boxer of all time, Muhammad Ali. This way we remember one of his biggest matches, the end of the trilogy with Joe Frazier, a match known as ‘Thrilla in Manila’.

On June 3, 2016, at the age of 74, Muhammad Ali, born in Louisville in 1942 as Cassius Clay, passed away. By many the greatest boxer of all time, and in his own opinion unquestionable. Temperamental, charismatic and above all extremely intelligent and witty, Ali has become not only a sports but also a pop-cultural icon. His popularity did not decline for the rest of his life, but he will still be best remembered for his legendary matches and legendary rivalries.

He had four biggest rivalries. These are the ones against Sonny Liston, Ken Norton, George Foreman and Joe Frazier. Still, the rivalry with Frazier is somehow the biggest for several reasons. Apart from the fact that “Smokin ‘Joe was the first to defeat him, he was the only one who managed to match Ali in front of the microphone and their “trash talk” duels were a special story. After the “Fight of the Century” from 1971, in which Frazier celebrated by unanimous decision of the referee and “Super Fight II” three years later, in which Ali avenged his defeat, the third match was held on October 1, 1975 in the Philippine capital. “Thrilla in Manila” is one of the greatest matches of all time.

Ali celebrated that time with a stoppage after 14 rounds, after Frazier’s coach did not allow his boxer to enter the last round. The humidity was huge and the conditions were unbelievable, and Ali later described the match as something closest to death to which he came.

Watch the video of the whole legendary match, we briefly described below.