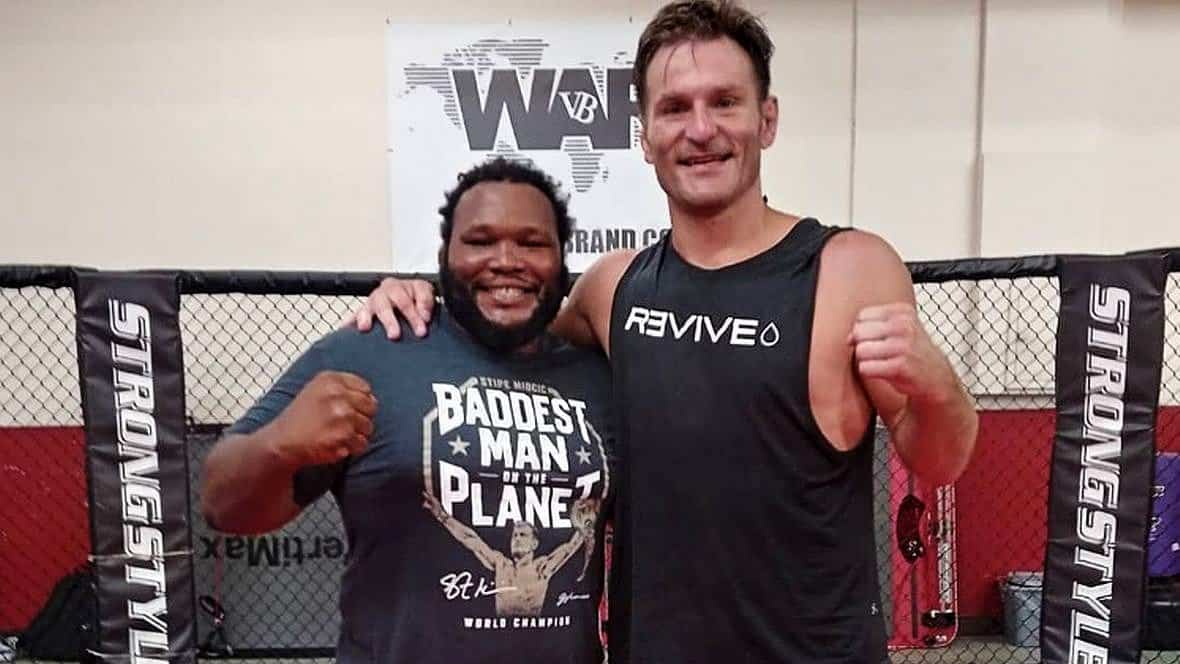 Although he spent most of his preparations for the fight against Daniel Cormier with permanent training partners, Jeff Hughes and Aleks Camur, Stipe Miocic has had one reinforcement in recent weeks. A famous fighter for whom it is easy to conclude that he came with the goal of trying to be as similar as possible to Daniel Cormier and to try some tactical ideas in working with him.

Chris Barnett, also known by the nickname Huggy Bear and the newer Beastboy, is a famous 34-year-old fighter, a member of the super heavyweight category. He is 5’9″ tall, which is about an inch lower than the Cormier and weighs about 287 lbs. It is this weight and problems with cutting weight that is the reason why Barnett does not perform in major American promotions since he is a very good fighter who certainly helped Miocic in many ways.

Precisely for the above reason, Barnett mostly performs in Asian promotions, and for a while, it was even rumored that he could be an opponent of Mirko Filipovic. However, that fight did not take place. In his professional MMA career so far, Barnett has recorded 20 wins and just six losses. Above all, he is known for his tremendous physical strength.

He probably used Miocic to try out some new attacks that should break through Cormier’s guard and endanger him, especially now that it is known that he will take extra care of his liver. How much effect there was in that, we could find out for the weekend.

One of the best parts of the #FightGame is the people you get to meet! My man @beastboybarnett has came into town for the last 3 camps. His positive attitude and great sense of humor is a breath of fresh air during the camp! Good skill next week at #UAEWarriors kick some ass!! . . . . . . #StrongStyleArmy #BandanaArmy #MMA #Boxing #BeastBoyBarnett @stipemiocic @strongstyle_mma #216 #Cleveland