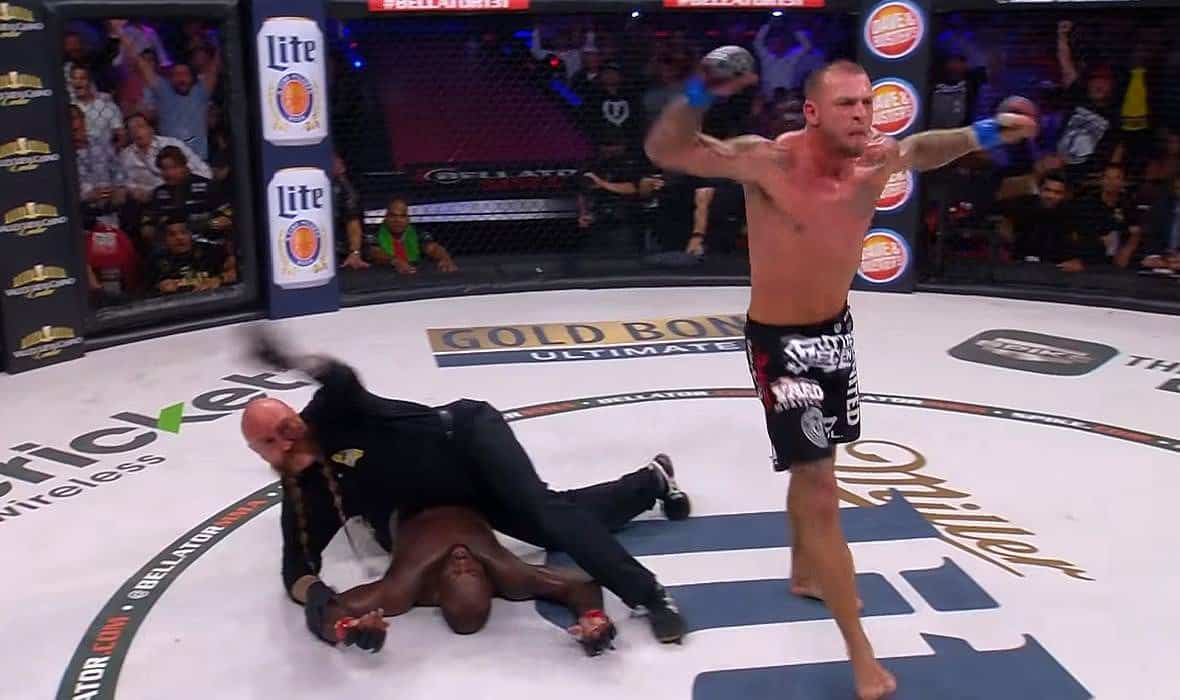 On Bellator’s official YouTube page, there is a video with 20 carefully selected best fights in the history of this promotion in its entirety. In front of you are six hours of top-level MMA action.

Bellator was founded in 2008, and so far 240 events and over 2500 fights have been held. Among them are a large number of the great ones, but Bellator has chosen 20 “Fire” fights along the way, as they called them. They merged them all into one video lasting as much as six hours.

It should come as no surprise that the list is led by one of the best fights in the history of this sport, namely the first bout between Michael Chandler and the then lightweight champion, Eddie Alvarez. It all continues with real war and a brutal knockout from Joe Schilling’s fight against Melvin Manhoef, followed by the next 18 fights with great names like Benson Henderson, Cris Cyborg, Douglas Lima, Michael Page, and many others. Of course, there will always be those who will think that some fights are missing, but even so, this is an impressive collection of MMA action of the highest quality.

Immediately below is the attached video, and under it is a list of 20 fights included in it, in order of showing.