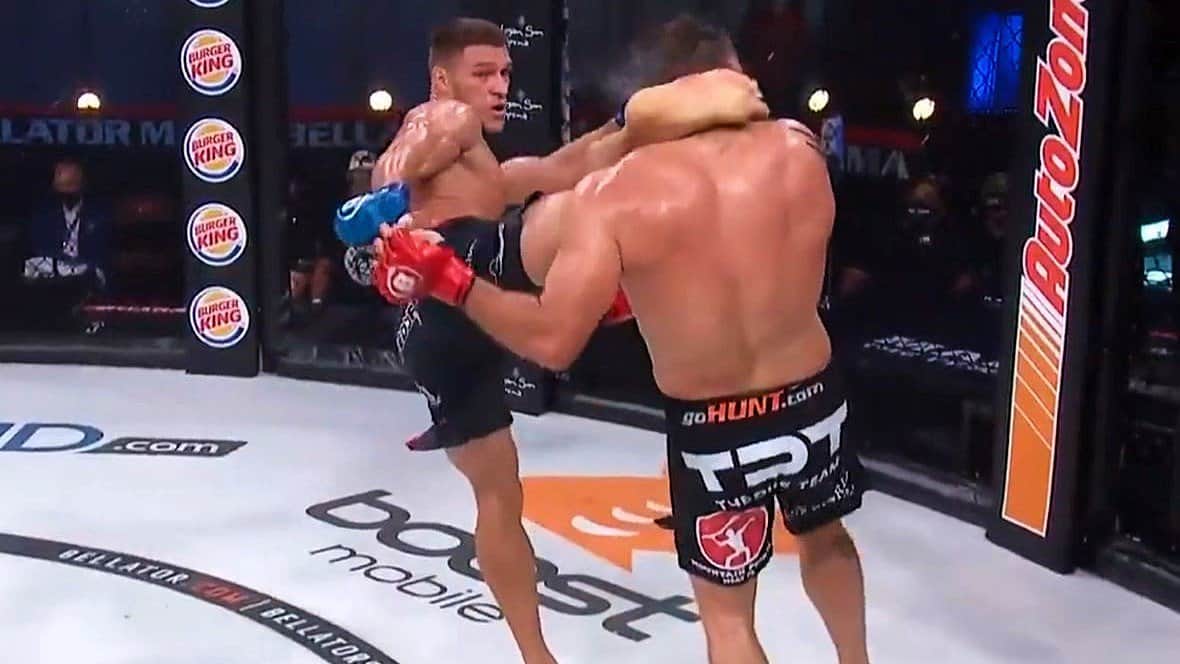 Vadim Nemkov is the new Bellator light heavyweight champion, and that success came at the expense of an impressive performance against Ryan Bader, in the main fight of the Bellator 244 event. The 28-year-old Russian fighter really did everything as a champion and deservedly goes home with the championship belt.

From the first second of the fight, Nemkov decided to put Bader in trouble, looking for open exchanges on his feet. The champion initially successfully avoided entering a way of fighting that would suit his opponent, but Nemkov could immediately notice the progress in terms of fitness. He decided to keep his pace as long as he could and that went well until the fourth minute of the first round when Bader finally saw the opportunity for a knockdown, which he took advantage of. But then he received an unpleasant surprise in that he failed to keep the fight on the floor. Nemkov got up much easier than anyone would have expected. Towards the end of the round, Bader hits a right-hander which has done damage, but not enough for anything more than repairing the initial impression.

The Russian did not change his way of fighting in the second round but attacked again from the very beginning. The key blow came after just over two minutes. The high kick sat perfectly and Bader ended up on the floor. Nemkov did not hesitate, but immediately started a series of blows with the aim of ending the fight. The stoppage was close, but the champion somehow managed to get up and escape. Still, not so far away, as Nemkov was in front of him again, he took the fight to the floor with a new fierce series, but this time Bader did not answer after a while and the judge finally decided to jump in. An absolutely deserved victory for Nemkov, who had already defeated three former champions in a row before Bader. Now he has finally got rid of the one who owned the belt. Bader thus still has a heavyweight belt left and his defense should be his next exam.

In the co-title fight of the show, Julia Budd was convincing against Jessy Miela, just as Valentin Moldavsky was convincing against Roy Nelson before that. “Big Country” endured heavy beatings, once again not finished, but the Russian was absolutely dominant. Who knows, maybe with this he won the opportunity to attack the heavyweight title. So, after Bader lost this one in the light heavyweight division to one of the Fedor Emelianenko students, it is possible that another one is already waiting for him in the next fight. The main part of the event was opened by the victory of John Salter against Andrew Kapel, with a break in the third round.

.@JohnSalter_MMA got the W with his 10th pro submission at #Bellator244 tonight. pic.twitter.com/okuIajtmZb