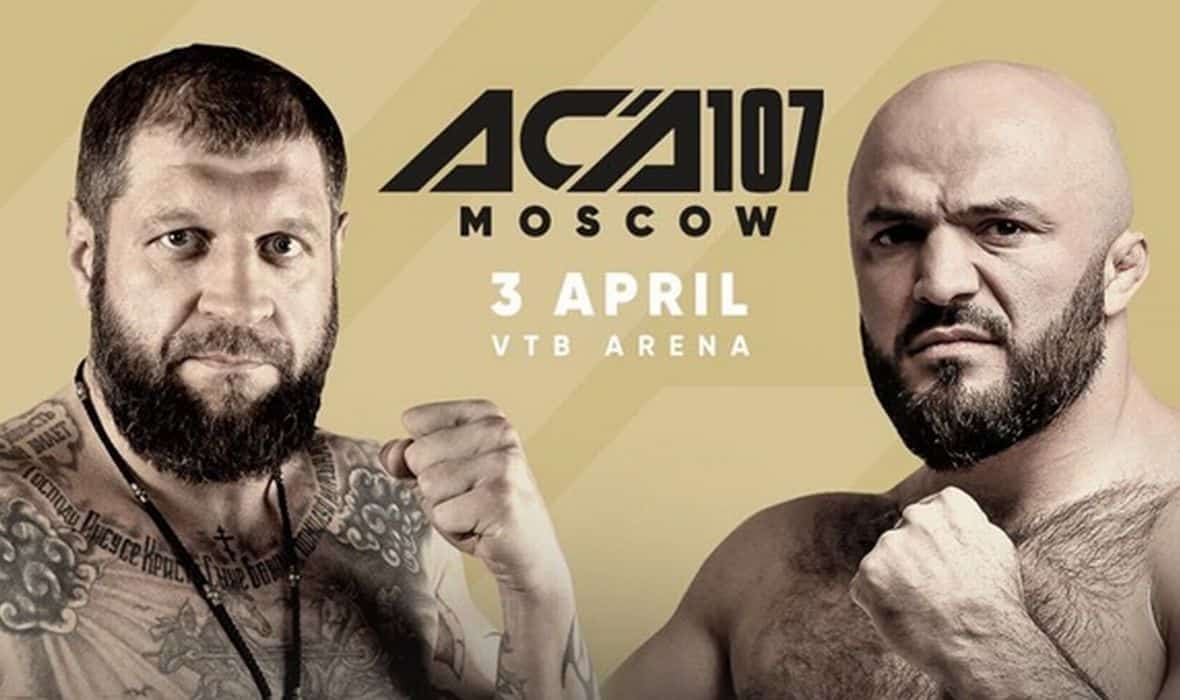 Alexander Emelianenko suffered a heavy and ugly defeat from Magomed Ismailov at the ACA 107 event.

An ACA 107 event was held in Sochi, Russia tonight, led by a fight between Magomed Ismailov and Alexander Emelianenko, and Ismailov celebrated with a break in the third round after heavy beatings he inflicted on the more experienced and well-known, but at the moment worse Emelianenko.

Although he mostly competes in the middle and light heavyweight division, the 5’9″ tall Ismailov prepared a great tactic that gave him an advantage through most of the fight, and he finally capitalized on dominance in the third round, about a minute and a half before the end of the fight. He found himself on Emelianenko and started hitting him with heavy blows, leaving 38-year-old Alex with a bloody face. The referee gave him every possible opportunity to get back into the fight, but it was over. Alexander was actually done earlier and Ismailov could start celebrating his 16th victory in his career, in which he only lost three times. It was also the 36-year-old fighter from Moscow’s tenth victory in a row.

Emelianenko performed for the first time since April 2018 and a draw against Tony Johnson and did not have a good time. In fact, it can be said that he looked probably the worst since returning to the fights in 2017. After all, this was his first defeat in that period, and he experienced it by allowing a 7 inches shorter fighter to end up in a dominant position on the ground several times. This would be followed by a cannonade of blows during which Alexander still actively defended himself so that there would be no earlier stoppage. However, no one can blame the judge for the decision, since Emelianenko certainly had enough, and only the well-known martial arts madness kept him in the fight.